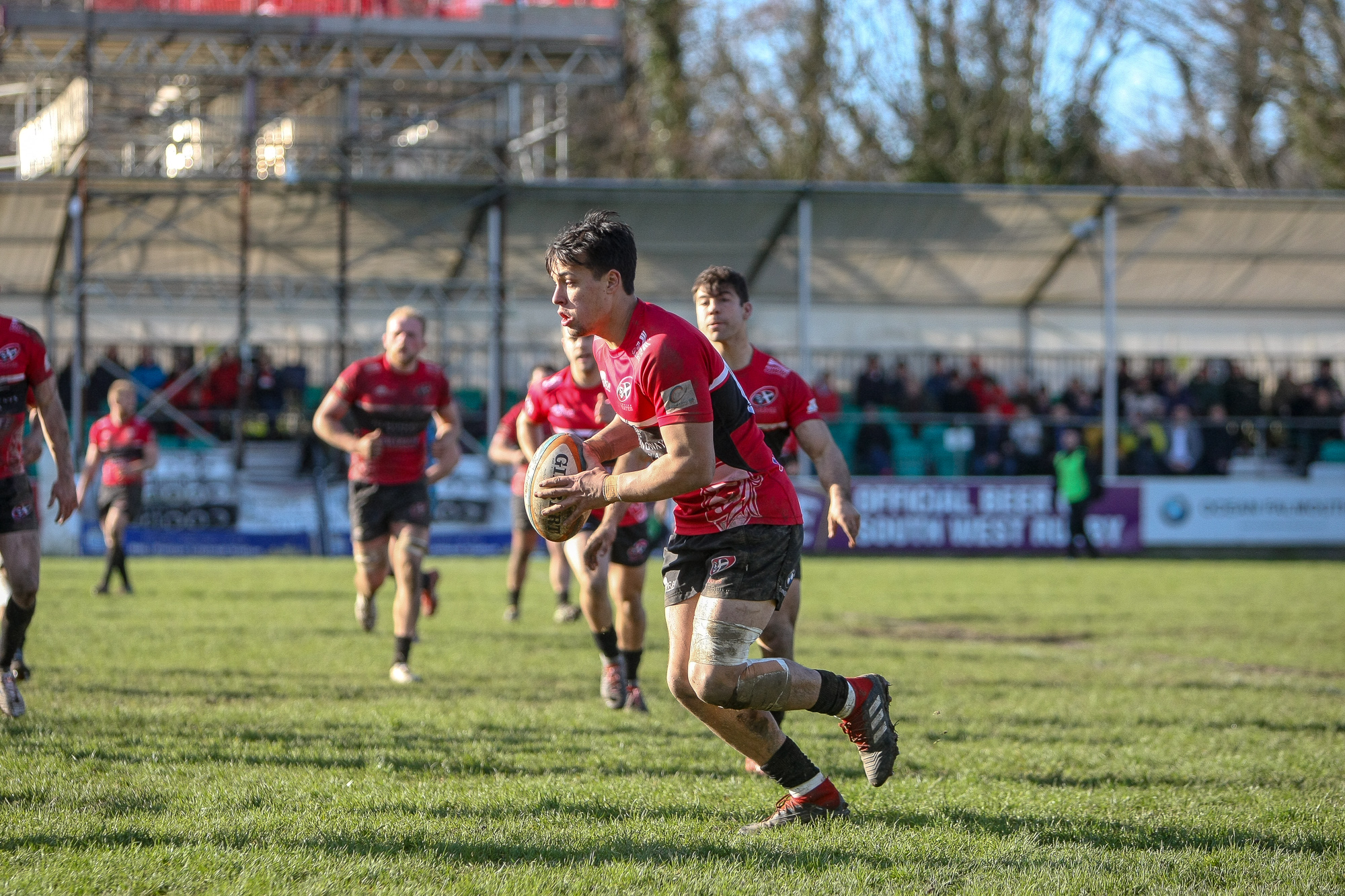 Having had a welcome weekend off, the Cornish Pirates return to playing action on Saturday with an away game to Bedford Blues (ko 3pm).

This weekend’s Goldington Road encounter, a 4th versus 5th clash in Round 18 of the Greene King IPA Championship, has all the ingredients to be a high-scoring and entertaining contest, as many indeed have been between the teams over the years. It will also be a fourth meeting this season. The first was when the Pirates lost at home in the League, whilst in the Cup they won at home and lost away.

There are just two changes in the Cornish Pirates line-up from the side that was narrowly defeated by Jersey Reds last time out, a fit again Robin Wedlake returning on the right wing and Alex Schwarz named at scrum-half.

Ahead of Saturday, Cornish Pirates’ co-coach Gavin Cattle has said:

Playing against a respected club with great coaches, we expect a bit of a ding-dong affair at Bedford on Saturday.

They have a lot of speed and possess a dangerous back three, Also, this year, they have added a sturdier set-piece so it’s going to be a big challenge.

We have expected a bit of turbulence in recent weeks because of unavailability, but at the same time I am pleased with the guys who have come in and been provided with good exposure.

Suffering several frustratingly close defeats means we are not a million miles away, so our hope and aim will be to get certain elements of our game right, put them under pressure and get back on track.