As printed in Sunday’s edition of ‘The Rugby Paper’, below is Tom Duncan’s chosen ‘best XV played with or against’.

It is a strong selection from No. 8 Tom, who formerly played for Redruth.

1. Darren Jacques – Played with Darren at Redruth when him and ‘Joycer’ (Peter Joyce) pushed scrums all over the place. I had my first two years just sitting at the back and putting the ball over the line – a fact they are both quick to tell me whenever I see them!

2. Sam Matavesi – One of the most skilful front row players you will see. Played with and against him since I was 14 or 15 and it was much more fun having him in your team. Deserves his chance in the Premiership.

3. Peter Joyce – Played with Pete first at Redruth then at the Pirates. Massive work rate and tough as they come. Also, the first name on my ‘Social 15’ list!

4. Chris Morgan – Super competitive and always put his body on the line. One of the best captains I’ve played under.

5. Chris Vui – Always the first Bristol player on the team sheet. Hard person to play against, doesn’t have any weaknesses – runs hard, tackles harder and blasts rucks out on his own.

6. Dan Thomas – An all action flanker who links play really well and pops up everywhere. He seems to be able to slow every ruck down and is one of the most frustrating players to play against!
7. Sam Simmonds – He was a ‘7’ when with the Pirates but was doing the same as he has been doing at ‘8’ for Exeter. Stupidly quick and powerful, he is one of the best back rowers in England.

8. Teimana Harrison – When playing against him at Northampton he stood out in their team. His acceleration into contact was immense as was his all-round physicality in the game!

9. Alex Day – One of the best kicking ‘9s’ I’ve played with or against. Controls the game brilliantly and also doesn’t mind getting stuck into the pick and goes. Good person for a long bus journey!

10. Freddie Burns – I played against him for his club side (Cinderford) just as he was joining Gloucester. Our whole team couldn’t get near him! His passing range was unbelievable and to make it worse he hit two drop goals from 40m out to win them the game.

12. Bundee Aki – Played with Bundee at Truro College where you could see how good he was going to be. Broke tackle after tackle!

13. Jack Nowell – I know he’s normally a wing or fullback but he’s played here before. First saw him at Redruth when he was 17. He broke tackles for fun and smoked anyone that came his way!

14. David Halaifonua – One of the few wingers who forwards run away from! Massive tackler, plus in attack he can run around you or over you. Matt Evans knows first-hand how hard he hits!

15. Kyle Moyle – Joined the Pirates the same time as me and with ease has turned into the best fullback in the Championship. Would be playing in the Premiership already if it wasn’t for an untimely injury.

Thanks are duly expressed to Neale Harvey and The Rugby Paper for granting us permission to display this article. 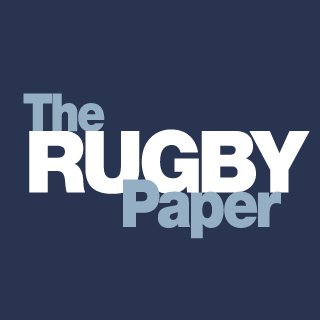