Shirt Displayed Aboard the ‘Nation’s Flagship’

Shirt Displayed Aboard the ‘Nation’s Flagship’

The support given by the Cornish Pirates to members of the community over the years has been outstanding.

Most support is naturally in Cornwall, however there are examples of good deeds well beyond the banks of the River Tamar.

A recent example where support has been given has seen the presentation of a Cornish Pirates shirt, one that had been signed by squad members, for display aboard the ‘Nation’s Flagship’, HMS Queen Elizabeth.

The signed shirt had been passed to Surgeon Commander Jon Matthews, Consultant Trauma & Orthopaedic Surgeon who is based at the Royal Cornwall Hospitals Trust, during his recent deployment on the vessel. It was used as a leaving gift for a prominent member of the Ship’s Company who is a longstanding Pirates supporter.

Jon presented the shirt as a leaving gift to WO1 Paul ‘Smudge’ Smith when he completed his time on HMS Queen Elizabeth. Jon commented:

Smudge is a proud Cornishman and long-time Pirates supporter. He was drafted off the Queen Elizabeth during the deployment having been the Medical Centre manager. During his time onboard he was instrumental in establishing and maintaining the medical capability on the newly commissioned aircraft carrier.

The signed Cornish Pirates shirt was then presented by Smudge for display in the Warrant Officers and Senior Rates Mess onboard. It is not only to be proudly hung in the ‘Queen’s Head’ Mess but will also be the first rugby shirt to have the privilege of hanging in the ‘Nation’s Flagship’. 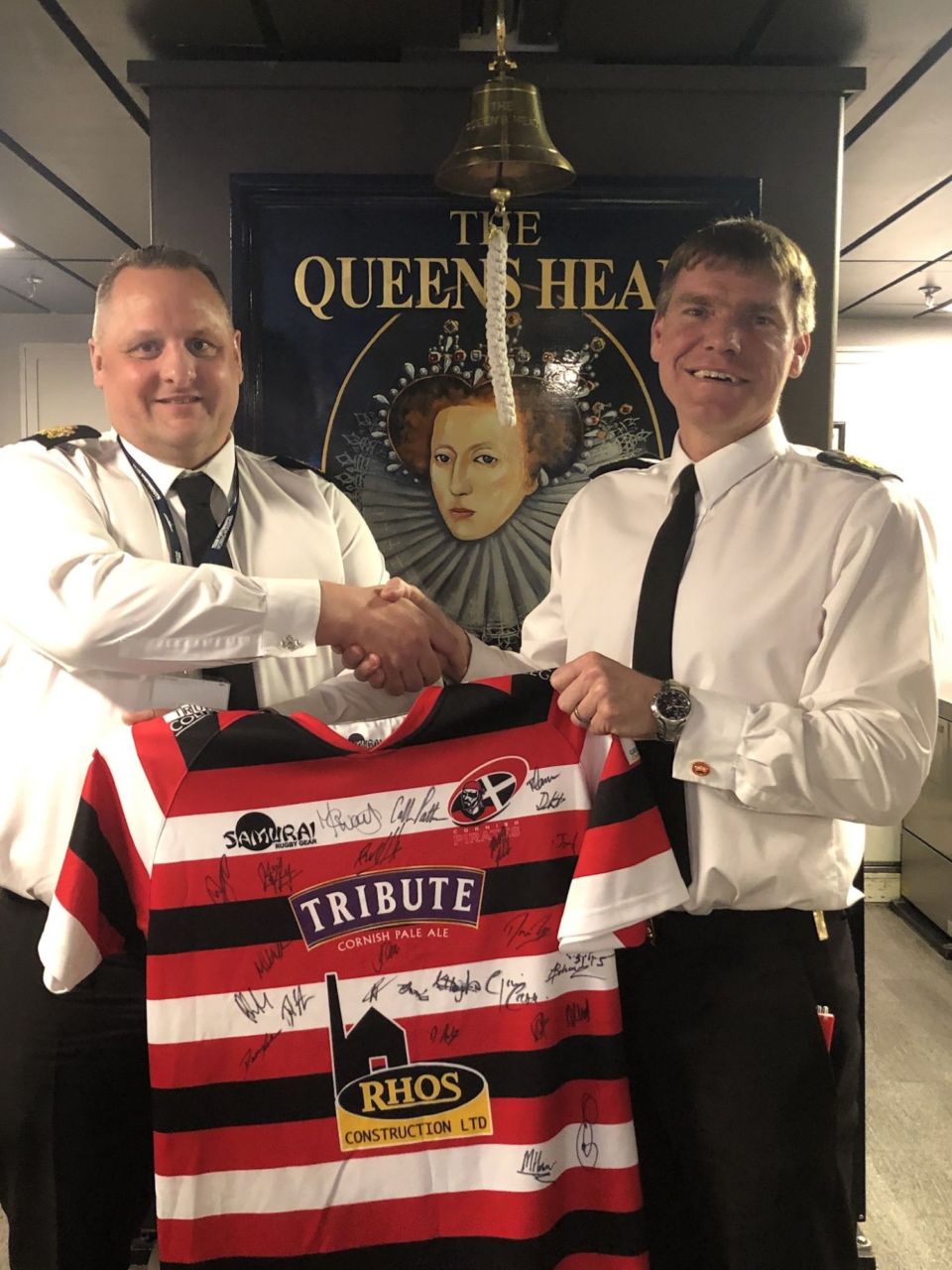