To the Penlee Lifeboat Disaster

Having last week recalled my memories of the 1981 Penlee Lifeboat Disaster, when mention was made of the incredible response by the public from far and wide, among those promptly keen to provide support were members of the rugby community.

Eight crew members of the Penlee Lifeboat “Solomon Browne” lost their lives, as did eight people aboard the mv “Union Star”, to whom the lifeboat had gone to the assistance to, off Tater Dhu. The coaster was on her maiden voyage from the Netherlands to Ireland with eight people aboard, including captain Henry Moreton, his wife and her two teenage daughters.

Besides being the Station Administration Officer in the RNLI Penlee Branch at the time, I worked for JH Bennetts Ltd, who had a shipping and Lloyd’s agency link reference the “Union Star”, and I was also Honorary Secretary of Penzance & Newlyn RFC.

Monies soon poured in to support the ‘Penlee Lifeboat Appeal’, as of no surprise the tragedy had been uppermost in minds. From a Pirates perspective our sorrow was compounded by the fact that one of those brave men aboard the lifeboat on the 19th December 1981 was Emergency Mechanic John Blewett, who was a former team captain.

An immediate thought was to arrange a fundraising rugby match in support of the lifeboat appeal, which was quickly confirmed to take place at the Mennaye Field on Wednesday the 30th December. The match was billed as Cornwall versus The Pirates President’s XV.

Our then President, Jack Tonkin, on behalf of the club greatly appreciated the help given by the Cornwall RFU, and in particular Paul Bawden and Leslie May. He was also indebted to too Roger Lane for bringing down a strong Welsh contingent of players who helped make up his selection, plus thanks were expressed those who helped with accommodation and hospitality.

Come the match, when the Pirates flag flew at half mast for a tenth consecutive day, the Cornish colours were also flown high as a mark of esteem from everyone in the Duchy.

After the teams and spectators observed a minute’s silence, Bill Bishop, Secretary of the Cornwall RFU, kicked the game off in bright sunny weather. A near 2,000 crowd had gathered and they were served up a real feast of rugby. It was fully committed and entertaining, the nine tries scored in the game combining to make the charity match a splendid occasion. The fact that the county won 30-23 mattered not, as more importantly a worthy sum was raised for the disaster fund.

Peter Hendy captained the Cornwall team, my brother Mike Westren skippered President Jack’s selection, and among the spectators were relatives of the lost Penlee Lifeboatmen.

Responding, full-back Steve Taylor (Newquay Hornets) touched down an excellent effort for the President’s XV. He also converted and soon after added a penalty.

There was no shortage of spirit, nor of firm tackling on a pitch that although soft had been prepared well after heavy rain in the build-up.

Cornwall, before the break, would take an 18-13 lead in the match through converted tries scored by talented wing men Barry Trevaskis (Falmouth & Bath) and Tommy Bassett (St. Ives).

On the restart Cornwall extended their lead after flanker Charlie Ardagh (Falmouth & Plymouth Albion) split the defence and set up a converted try for his back-row colleague Barry Howarth (Newquay & Wasps).

A next score went to the President’s XV, with Prout, who was representing the Trojans club at the time, once again racing over. Fly-half Neil Thompson (Launceston & Devon) added the extras and a fourth Pirates try was then scored by Dave Venables (Plymouth Albion & Devon). The deficit was reduced to just one point, however to cement their victory a last try in the match went the way of Cornwall, with the impressive Trevaskis again on the scoresheet and the faultless Winnan landing a fifth conversion.

Gate receipts etcetera raised well over £1,000, plus to help boost the fund there was a competition for an Australian rugby blazer. Only a few weeks earlier the manager of the then touring ‘Wallabies’, Sir Nicholas Shehadie, had visited our clubhouse along with a number of tourists. Nick had first visited as a player back in 1947 and accompanying him in 1981 was the Australian team’s skipper, Mark Loane, plus squad members Greg Cornelson and Mark Ella. In response to the disaster appeal Mark promptly sent his personal tour blazer to help raise funds and the competition was suitably organised. And the winner? Well, he or she wished to remain anonymous, as the individual wanted the Pirates to keep the blazer and display it in the clubhouse, where it still holds a place of prominence.

‘My elder son, Trevelyan, was in the RNLI for twenty years, and Coxswain of the Penlee Lifeboat “Solomon Browne”, for eleven years.

‘My House was used as a meeting place by his crew, they were always more than welcome, and I can recall many happy memories when their laughter rang out loud.

‘Trevelyan and his crew are gone now, but the Lifeboat goes on and they have become part of its history. Their bravery will never be forgotten, and their names will live on for ever.’

Mary was right, everyone admired their immense courage shown as crew members of the “Solomon Browne”, and they’ll rightly never be forgotten.

Images displayed are as follows:

Teams & Officials – The main photograph is of the players and officials who responded to make the match happen.

Minute’s Silence – The teams line up pre-match at the Mennaye Field.

Mark Loane’s Tour Blazer – The blazer, as displayed in the Pirates ‘Westholme’ clubhouse.

Programme Cover – For the President’s XV versus Cornwall match.

Match Action Images – A number of action images from the game are displayed.

To view my initial editorial (with images) posted via the Cornish Pirates Supporters’ Forum on the 19th December, please link to: 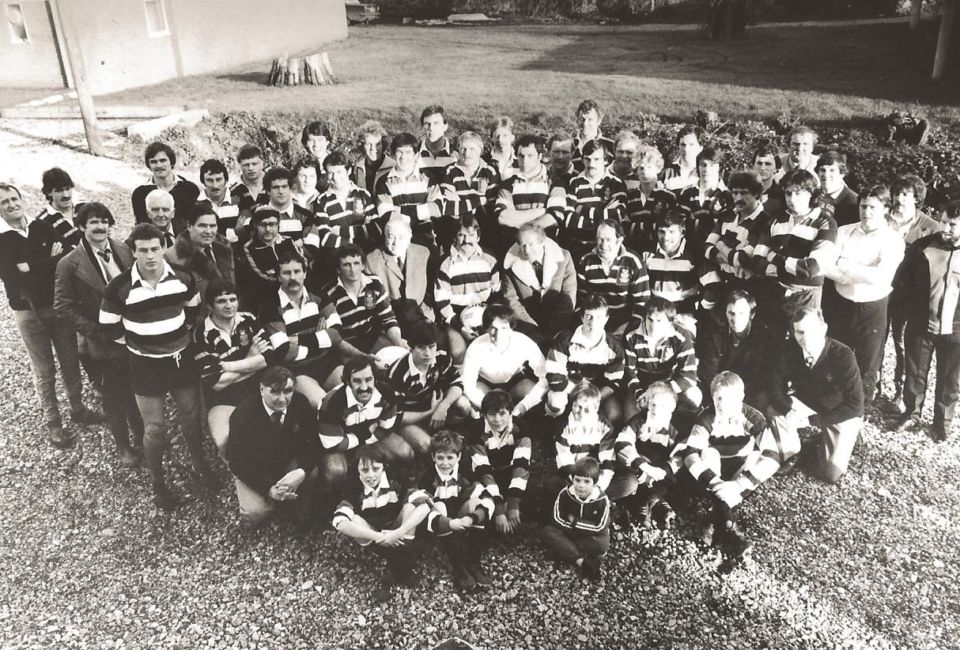 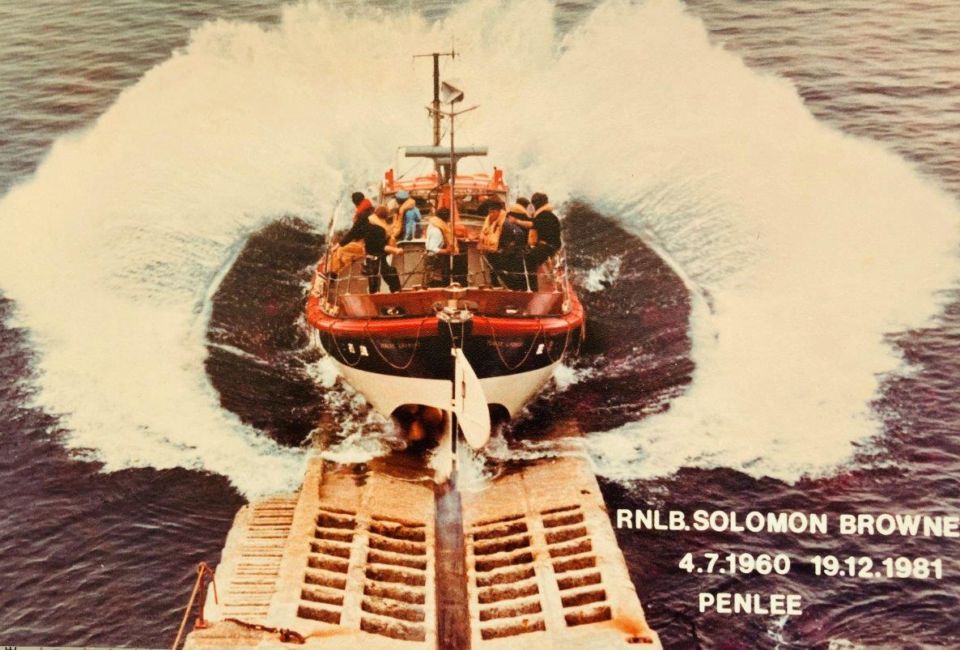 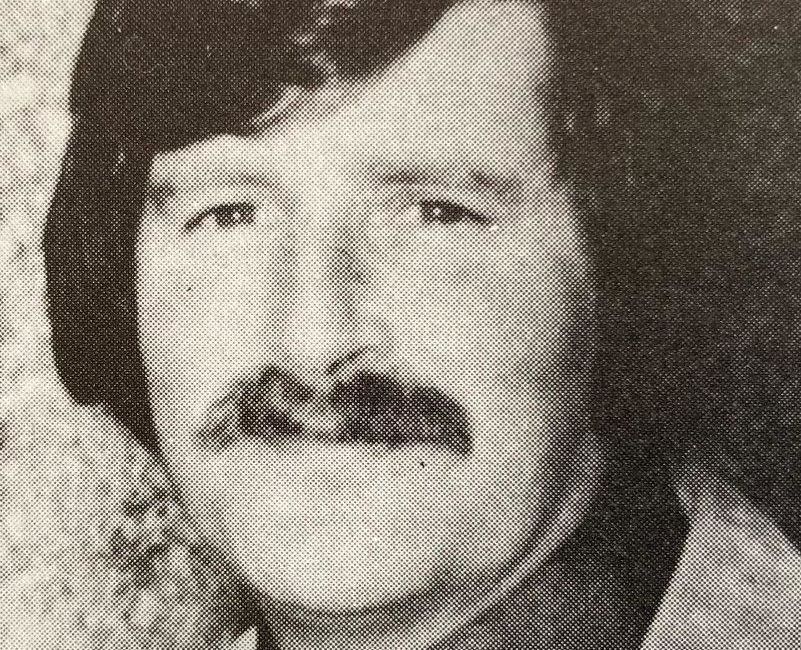 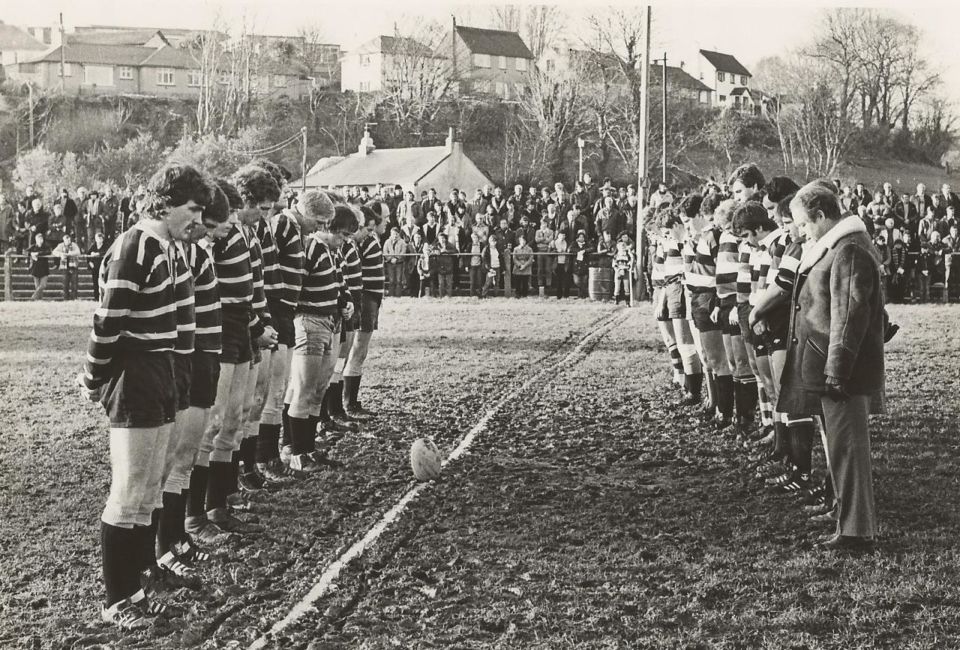 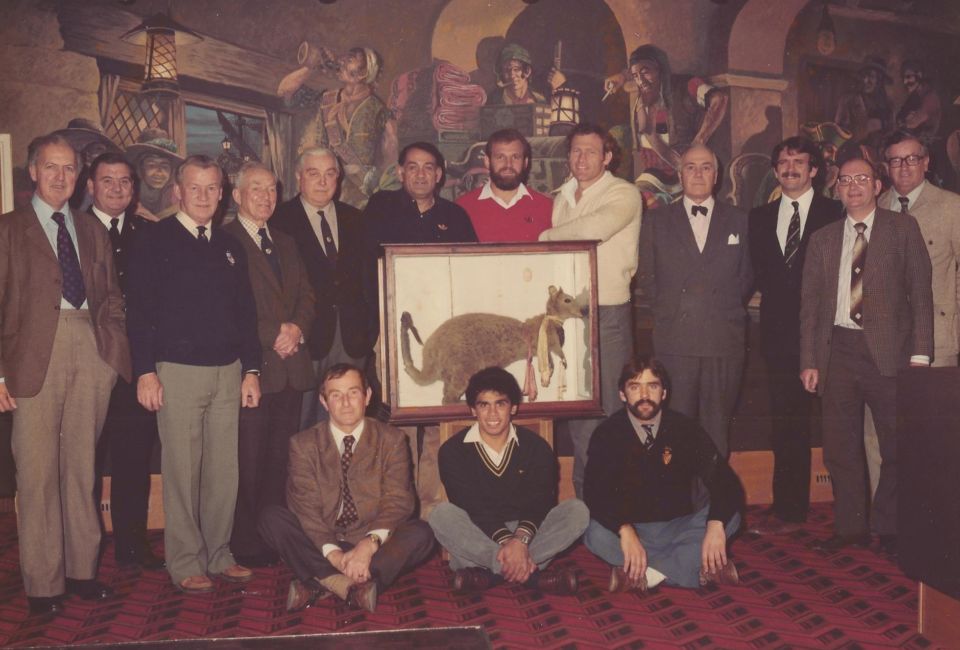 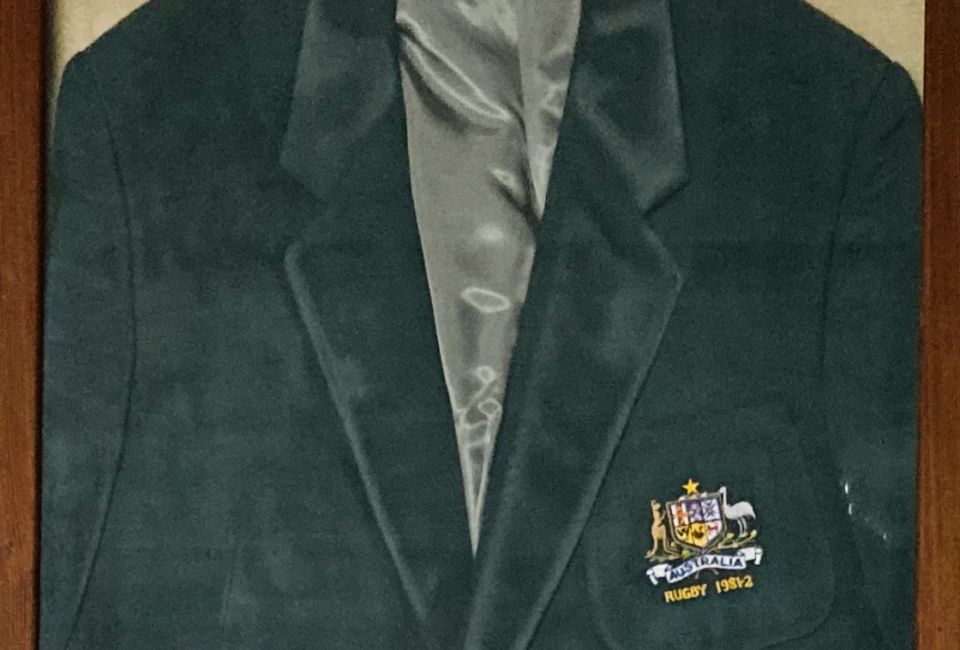 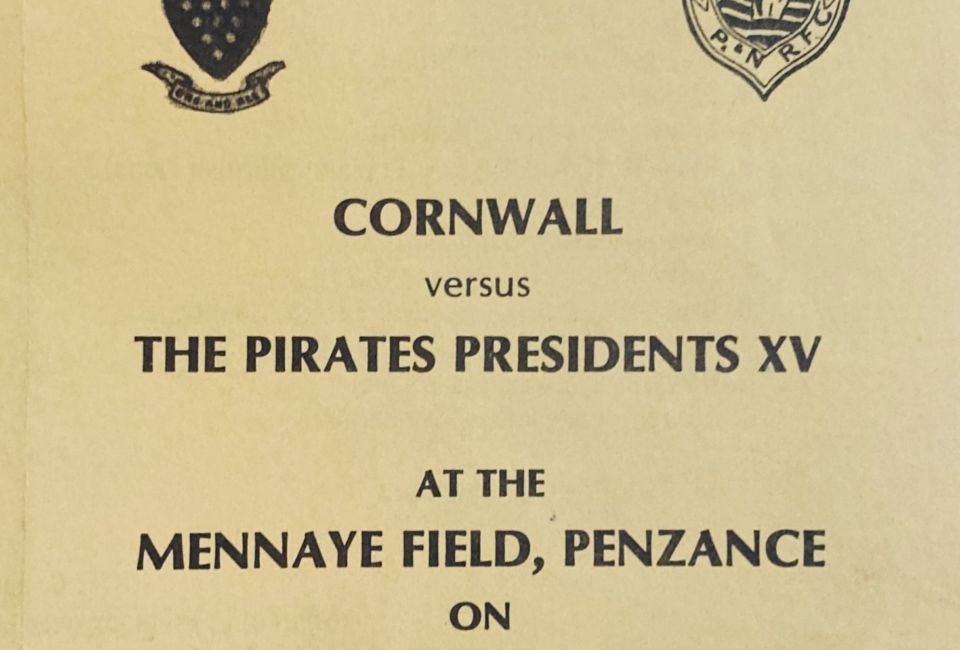 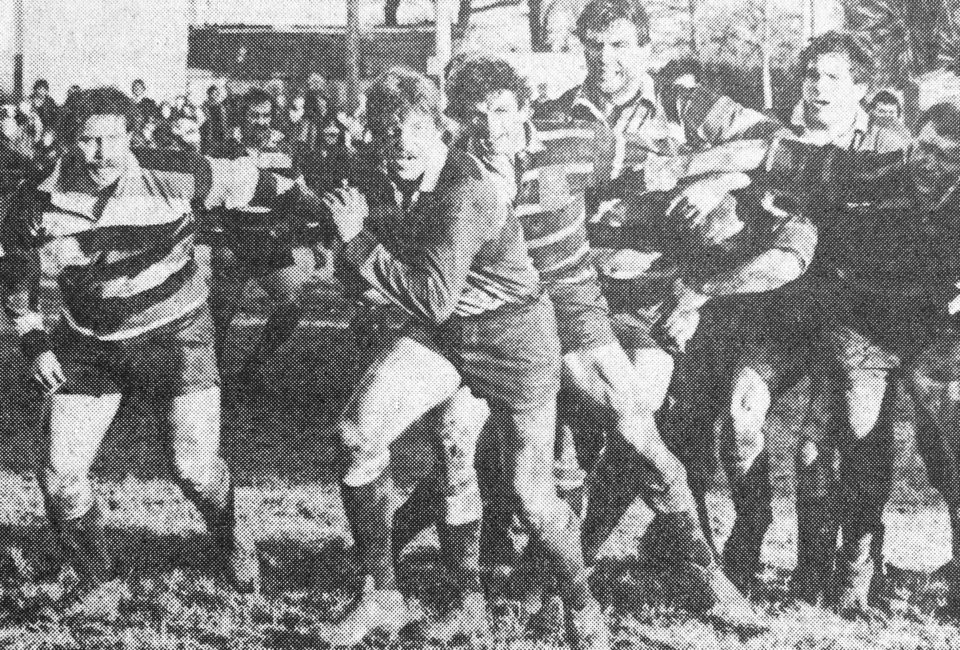 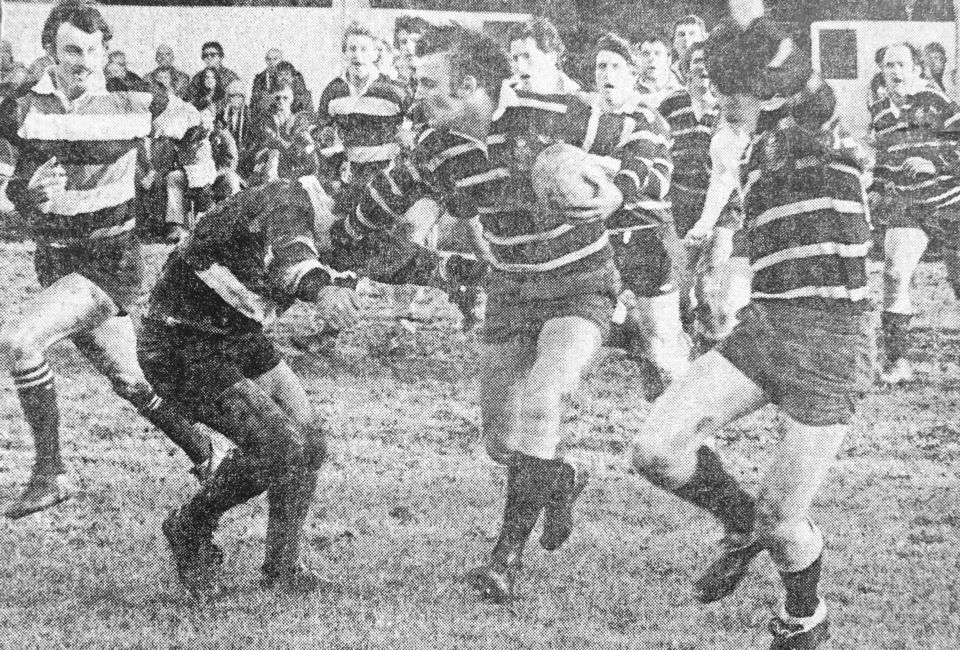 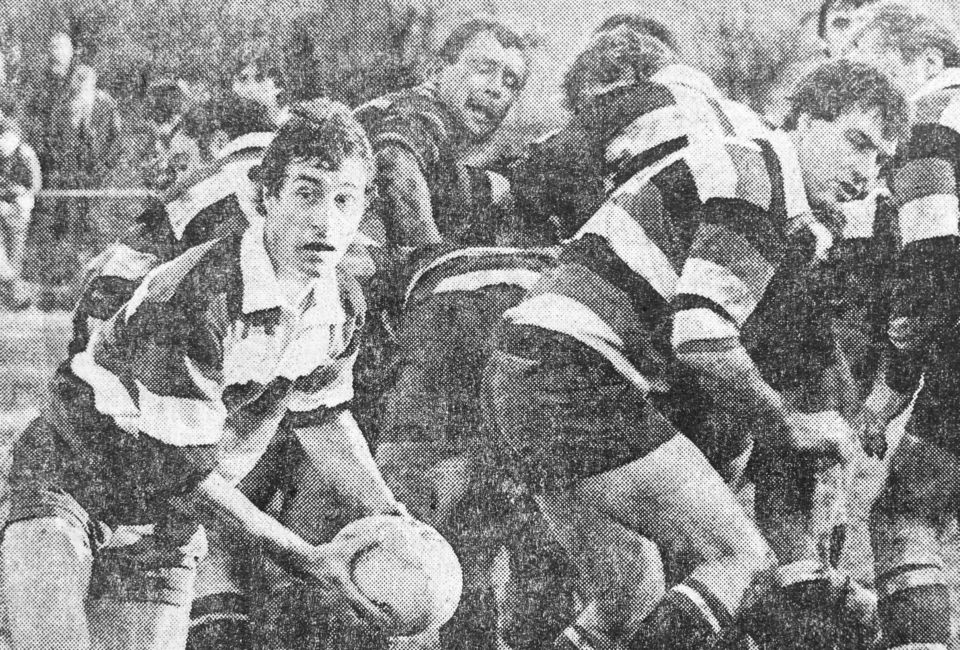