Referee Sara Made an Impressive ‘First’

Referee Sara Made an Impressive ‘First’

When the Cornish Pirates hosted Doncaster Knights at the Mennaye Field on Sunday, an extra special welcome was due the referee, Sara Cox, who became the first ever female to referee a Championship game.

Sara, who is a former Cullumpton player, made a favourable impression and is not to be confused with the radio presenter of the same name! Indeed, in her own right she is already amassing an impressive reputation as a rugby referee, with experiences that have included officiating at the Rio 2016 Olympics, 2017 Women’s Rugby World Cup, in the Women’s Six Nations, and the Women’s HSBC World Rugby Sevens Series.

She is clearly a driven lady, who has commented:

For me it’s about personal progression and I want to push as high as I possibly can. Also, I’d like to eventually leave behind a legacy where there is a clear pathway for other females to be involved – to show that there are no limits.

As the only female in the RFU’s Professional Game Match Officials Team, a rapid rise saw Sara become the first female to ever referee in National One and on an upward ladder she has now performed the role impressively in the Greene King IPA Championship. 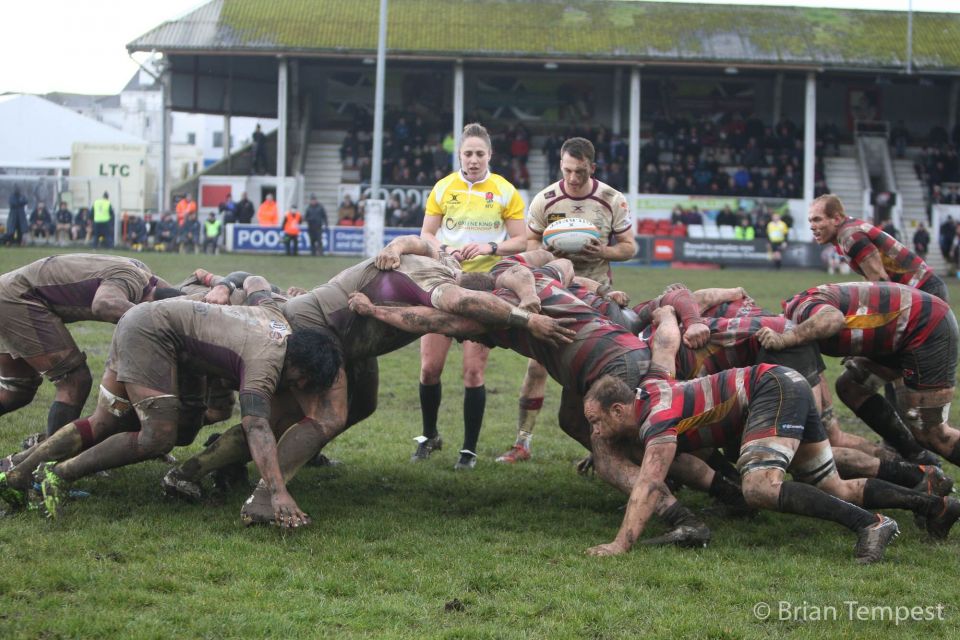