Representatives of the Cornish Pirates were last week keen to attend the Penzance EXPO 2018 event held at St. John’s Hall.
Attending on behalf of the Pirates were club captain Brett Beukeboom, along with community and outreach personnel Sam Teasdale and Jack Richards, their presence to show positive interest and support for the initiative as local people take the opportunity to work together and make Penzance a better place to work and live in.

The event also highlighted the importance and need for new housing, transport and health and wellbeing schemes to meet the needs of local people through a draft Neighbourhood Plan.

At the event, the Pirates also took the opportunity to promote their quite considerable community and outreach work, undertaken to help benefit clubs and school and the community in general.

Among many others present were West Penwith Community Link Officer James Hardy, who the Cornish Pirates are working closely with reference developing their Outreach in the Penzance area, and Cornwall Council’s Nigel Blackler. 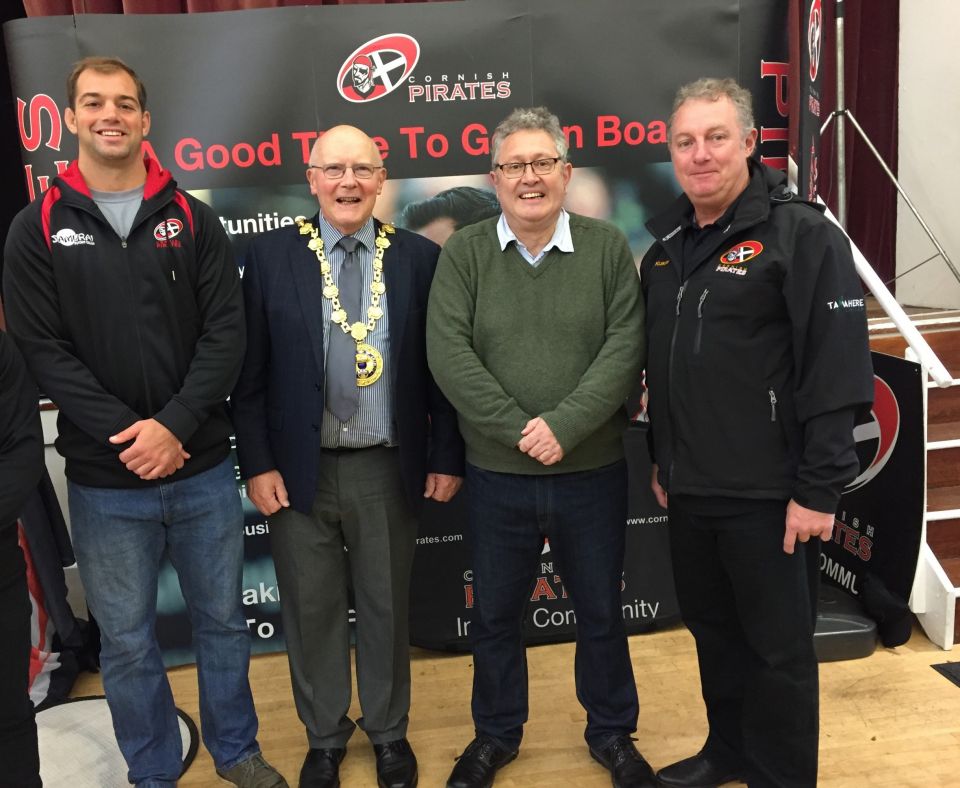