Having featured ‘live’ on Sky television when playing Newcastle Falcons away in February, and with it already known that their Greene King IPA Championship fixture at home to Jersey on the 12th April (ko 2pm) is to be similarly broadcast, the Cornish Pirates can now confirm that a third fixture, their Round 20 game away to Bedford Blues on Saturday the 25th April (ko 3pm), is also to be covered ‘live’. 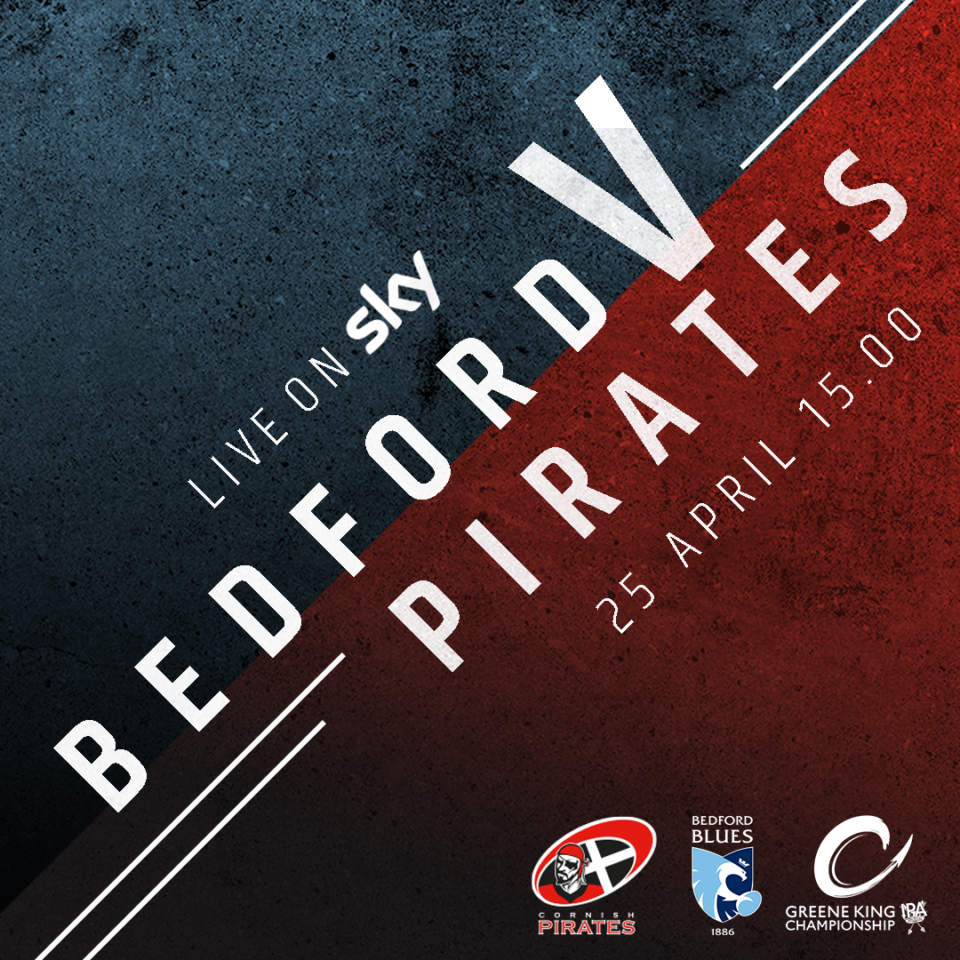