Cornish Pirates / Mike May – ‘Touching Base’

Mike May – ‘Touching Base’

Mike May – ‘Touching Base’

We recently received communication from Mike May, a writer from the United States who is also a former rugby player.

Mike was ‘touching base’ because his dad Chris May played for the Pirates in the club’s first ever game and into the early 1950s before emigrating to America in 1953. He also played for Cornwall.

Chris May is pictured standing fourth from the left (middle row) before Penzance & Newlyn RFC’s first ever game, which was played at the Mennaye Field against Guy’s Hospital on the 22nd September 1945.

Another reason for Mike contacting us was because he has written a story about his Floridian daughter Emily May – Chris’s granddaughter – who is an accomplished basketball player and is now coaching college basketball in the U.S.

Besides dad, I played rugby for years and basketball, too. My brother Chuck (Charles) also played rugby – including a couple of games and being a try-scorer for the Pirates reserves back in the 1990s – whilst in recent years the family’s athletic genes remain strong through Emily and other family members.

My last visit to Penzance was in 2012, when in the Pirates clubhouse I saw a black and white image of my dad jumping in a lineout during a match from the late 1940s and early 1950s. I hope that framed image is still hanging on the wall. If so, is it possible to get a copy of that picture?

Well, I was delighted to answer “yes” to Mike, and have now sent him the image along with several team photographs that his dad Chris appeared in. 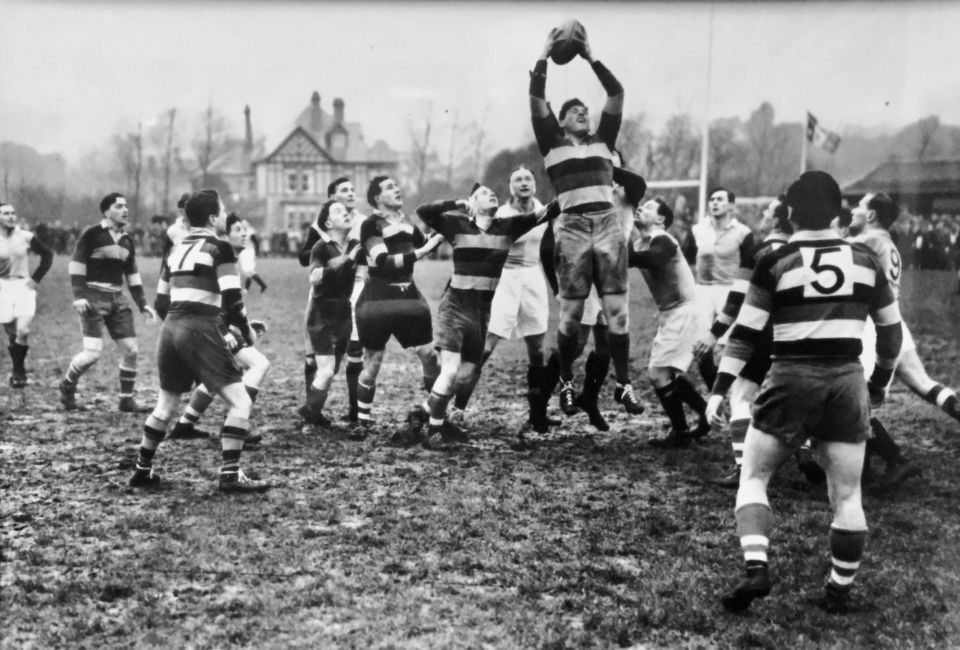 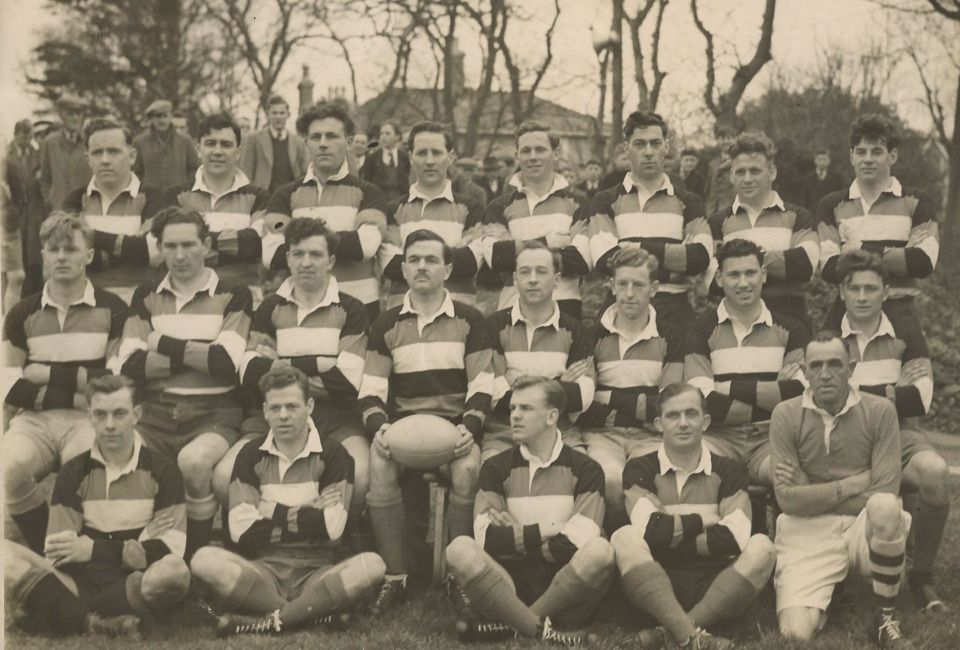 In 1950 Chris also featured in the Pirates famous 5-0 win against the mighty Cardiff side. He is pictured second right in the middle row.

Chris returned to west Cornwall in June 1977 with his American wife Joanne, and sons Michael (Mike) and Charles (Chuck). He and his wife were co-proprietors of the Pedn-Olva Hotel in St. Ives from June 1977 – July 1981, which was when they returned to America.

Chris sadly died in September 1984 and is buried in the Penzance Cemetery.

Mike has several interesting stories to recall – Please note:
When he was in college/university in the U.S., Mike attended the University of Florida, which is based in Gainesville.

During the 1983-84 rugby season, his club – the Gators – hosted an 8-team weekend tournament called the Gator Invitational. He was the tournament director and brother Chuck assistant. As is normally the case, they printed a programme to identify the 8 x competing teams and share some background information on the sport of rugby. For such tournaments welcome letters were included from area dignitaries and political officials. For their programme, Mike looked to do something different, reckoning that a letter from former ‘Pirate’ John MacG. K. Kendall-Carpenter, who was the then President of the England RFU, would be ideal.

John and Mike were both old boys of Truro School, and Mike also wanted the letter from John to be on England RFU letterhead paper, so he wrote to him accordingly. Within a few weeks John suitably replied, responding with a letter that indeed had the bright red English rose at the top.

It was great!! – however, I am not surprised, as such helpful and kind responses by John, or ‘Carps’ as he was often to referred to, were typical of the great man. Mike himself would also later describe him as being “a class act – and a true gentleman!

Now, Mike nowadays lives in Wellington, Florida, but back in 1983, well before he moved there, John led a sister-city delegation from Wellington, Somerset (where he was headmaster at Wellington School) to Wellington, Florida. At the time, Mike remembers John calling his dad Chris on the telephone. It was the first time that they had spoken in a few years, and it was also the last time they spoke, as Chris died of a small cell cancer in September 1984.

Two other stories Mike recalled involve former Pirates player and ‘Scillonian’ Barneslie Ward. Apparently, before Chris died Barneslie was able to jump on a plane to visit him at the hospital in Daytona Beach, Florida. It meant the world to Chris that his good friend and teammate had travelled so far at a moment’s notice to see him. Barneslie stayed until Chris died, gave the eulogy at his funeral, and then brought his ashes with him back to England where, as previously mentioned, they were buried in the Penzance Cemetery.

The other story involving Barneslie concerned his playing days, when he often featured on the wing outside of the Pirates and England centre John ‘Ginger’ Williams. According to Barneslie, when John had possession he would rarely pass the ball and also often got stopped because the opposition knew he instinctively wanted to run and not always make a pass. This at times proved frustrating for a winger such as Barneslie, who decided to share his thoughts with Mike’s dad Chris, who had some influence on the team.

One day, when Barneslie was at Chris’s home in Penzance – ‘Malvern’, Alexandra Place – Chris spotted John walking by, so decided to invite him in. Chris asked Barneslie to explain his frustration, which he did, suggesting to John that if the ball was passed to him, especially early in the game, then he would likely score – because the opposition was so focused on stopping star player John. Well, John agreed, and it was decided that at the first opportunity in the next match he would swiftly move the ball to Barneslie and, you have guessed it, he scored. Also, after that, John was able to run at will throughout the match!

In contacting me Mike was keen to highlight that in recent years his family’s athletic genes have remained strong through his daughter Emily. Not just a standout basketball player and an exceptional coach, she is also a very good touch rugby player who has a fine understanding of the game. 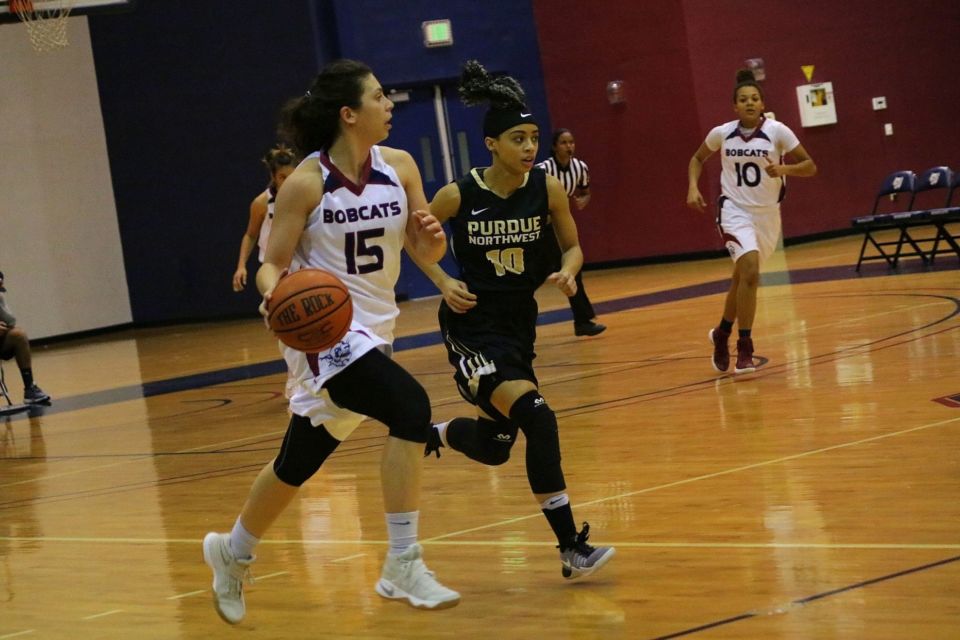 We must also not forget Mike’s son Trevor, who is a keen golfer, and Chuck’s sons Gareth and Ethan. At 6′ 4″, Gareth is described as having the stride of a galloping horse! 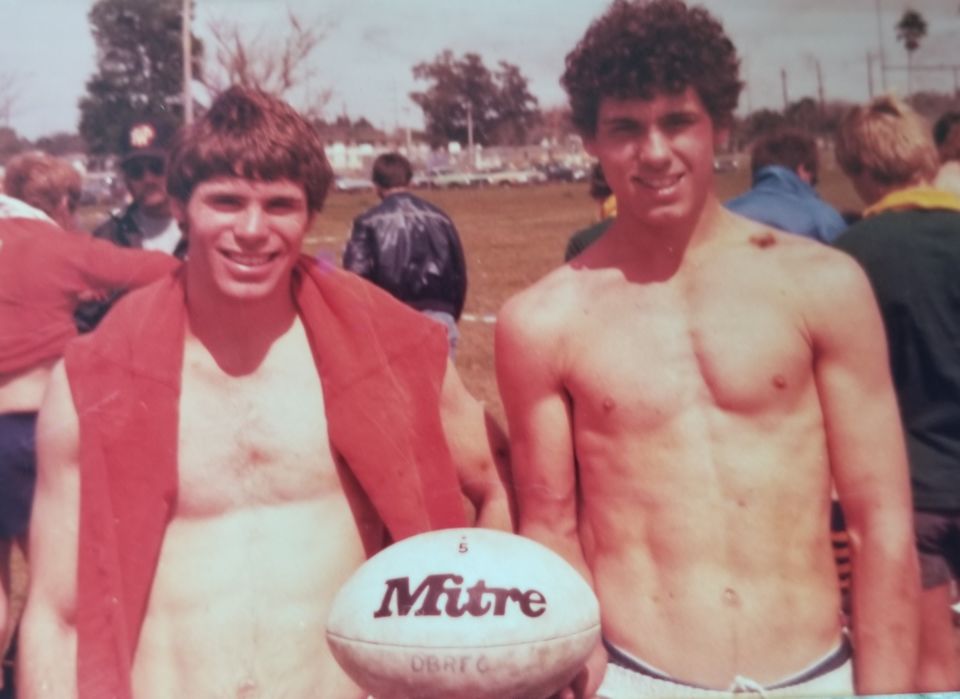 Brothers Mike & Charles ‘Chuck’ May – in their playing days

Mike’s grandfather was Charles May – by the way besides Chris, two other sons of Charles were Roger May, who many will remember as being a teacher locally, and John May.

Now, Mike did not have a rugby-associated photograph of his grandad – that is until a few days ago, as I have been delighted to send him the following image which was taken in 1954.

‘Charlie’ (back left) was a member of the club’s first ever Executive Committee in 1945, who as a keen and conscientious committee member served in such capacity until 1955. He was also a leading advocate in support of the Pirates purchasing the ‘Westholme’ clubhouse in 1954. 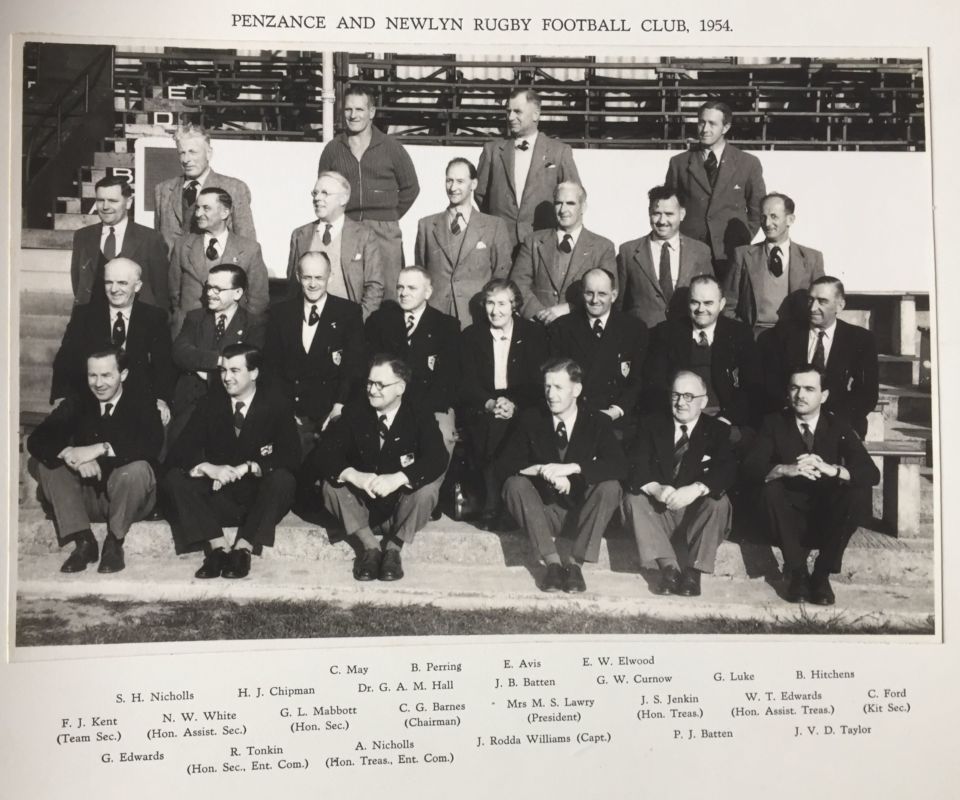 There are many great names to recall in the photo – fine Pirates ‘One & All’!

And the ‘story’ goes on, as the more I liaised with Mike, and then Chuck, further information of interest unfolded, including finding out that Charles’ wife Elsie was a ‘Peak’ before they got married and that she was a daughter of Fred Peak who played rugby not just for Penzance but for Cornwall. Fred made two appearances for the county in 1892 and he had two brothers, Tom and William, who both similarly played. Tom kept his Cornwall place at half-back for eight consecutive years, making 10 appearances (1885-93), and William played four times (1893-95).

I was able to send Mike and Chuck a Penzance RFC photograph dated 1887-88, with their great uncle Tom in, plus a Cornwall one dated 1892-93 with another Peak included, likely Fred (unfortunately just surnames were listed with the image). The Cornwall photograph, taken in 1892, was the county’s first team to play in the County Championship.

Looking back at all of this, and there is more that could be elaborated on, the May sporting genes have been there in abundance – and it has been fascinating to help piece it together. 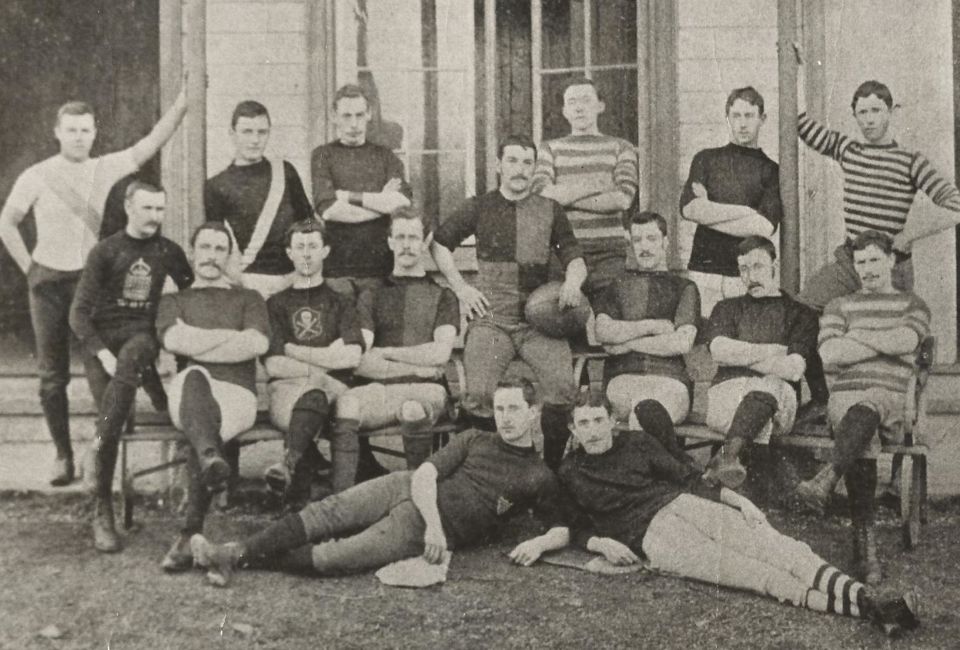 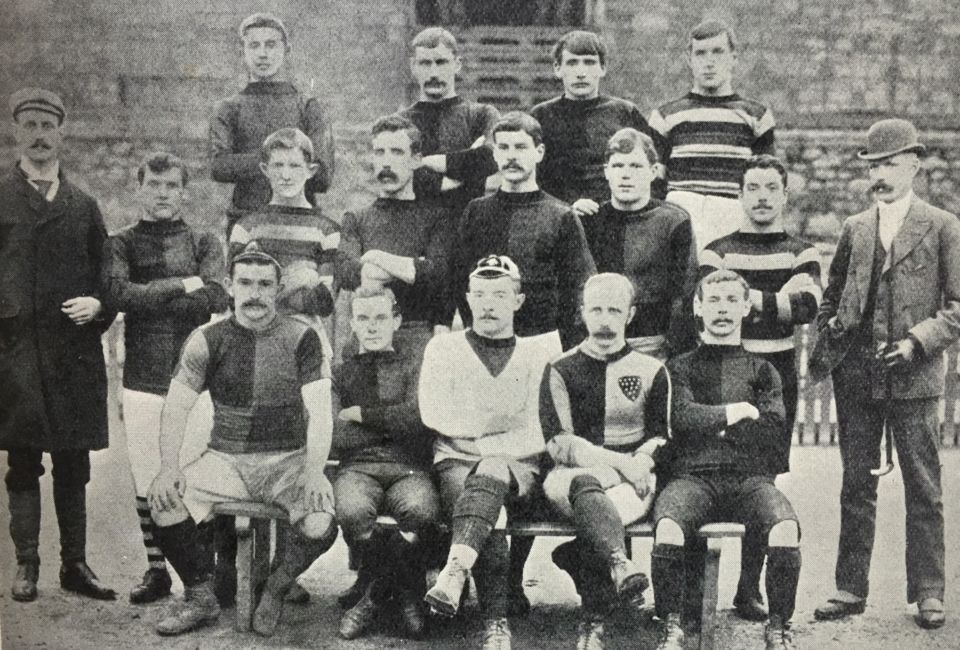 Tom Peak is pictured sat third from the right

A ‘Peak’ brother, likely Fred, pictured in the 1892 Cornwall team