During the summer the Mennaye Field at Penzance has undergone a manicure to a level never experienced before.

The ground, as many will know, has suffered in wet weather conditions generally over the years, and especially so these past couple of seasons. Note the images below. 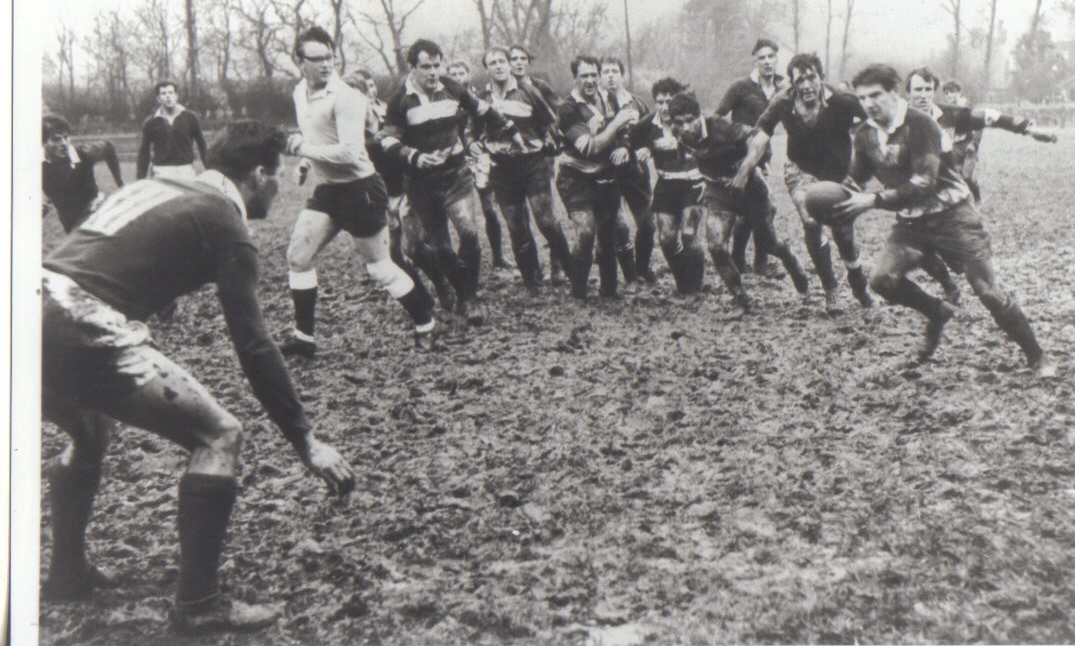 Above: Action at a muddy ‘Mennaye’ in the sixties; Below: Conditions experienced these past couple of seasons. 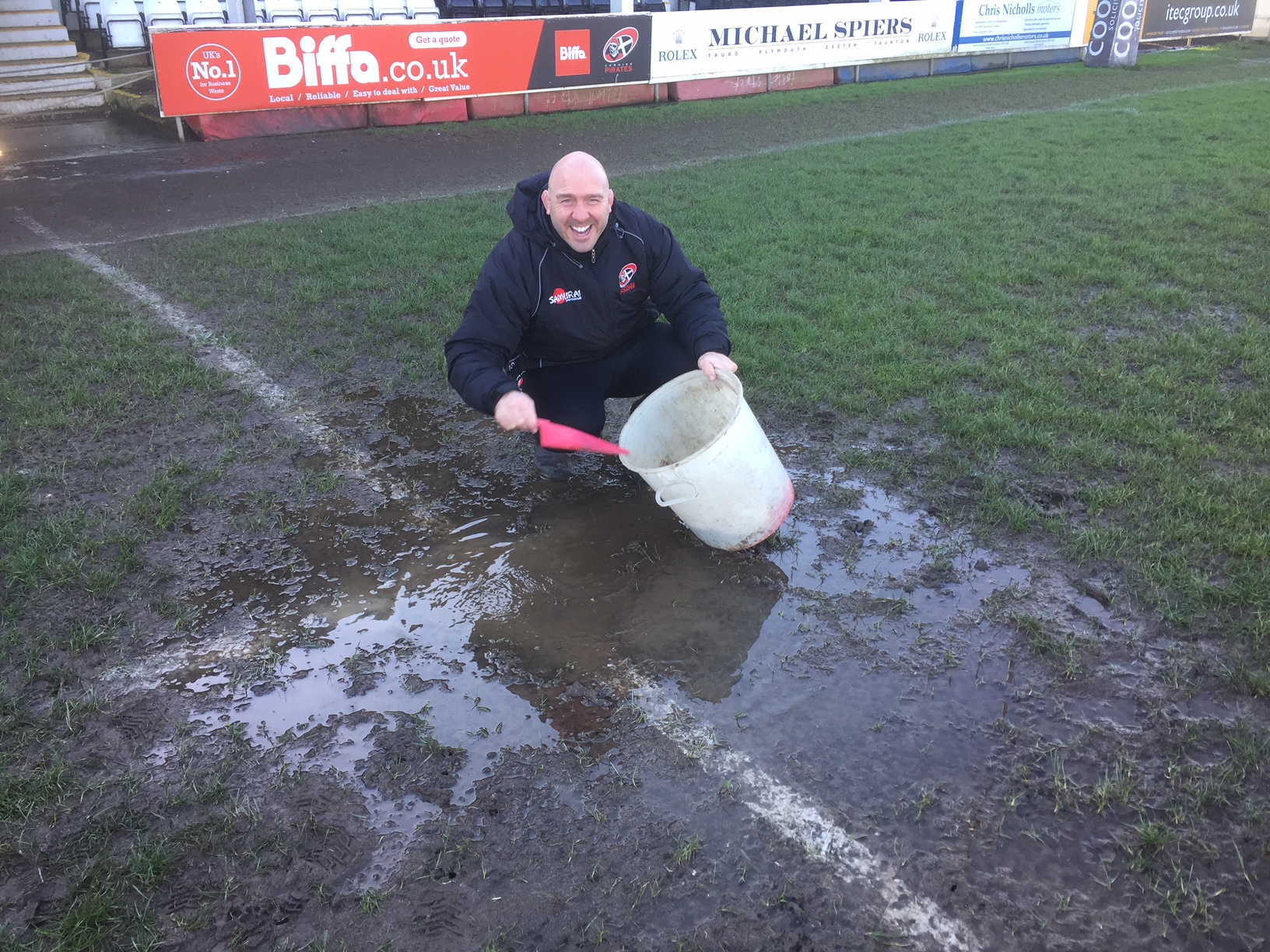 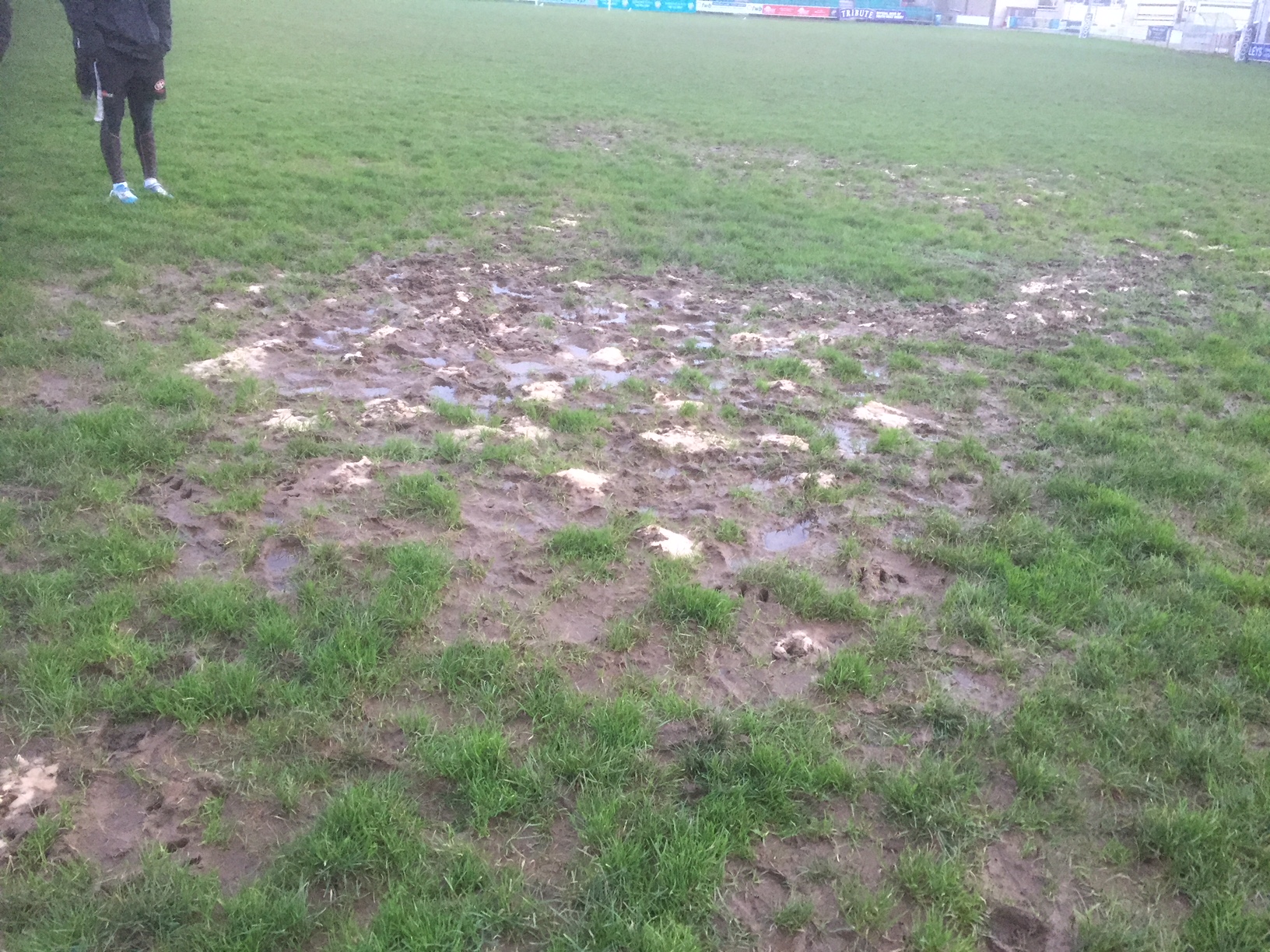 Now, in recent weeks, thanks to the support and generosity of Dicky Evans, starting in May a considerable programme of work commenced, undertaken by sports ground contractor WR Sandow Ltd of Hayle. 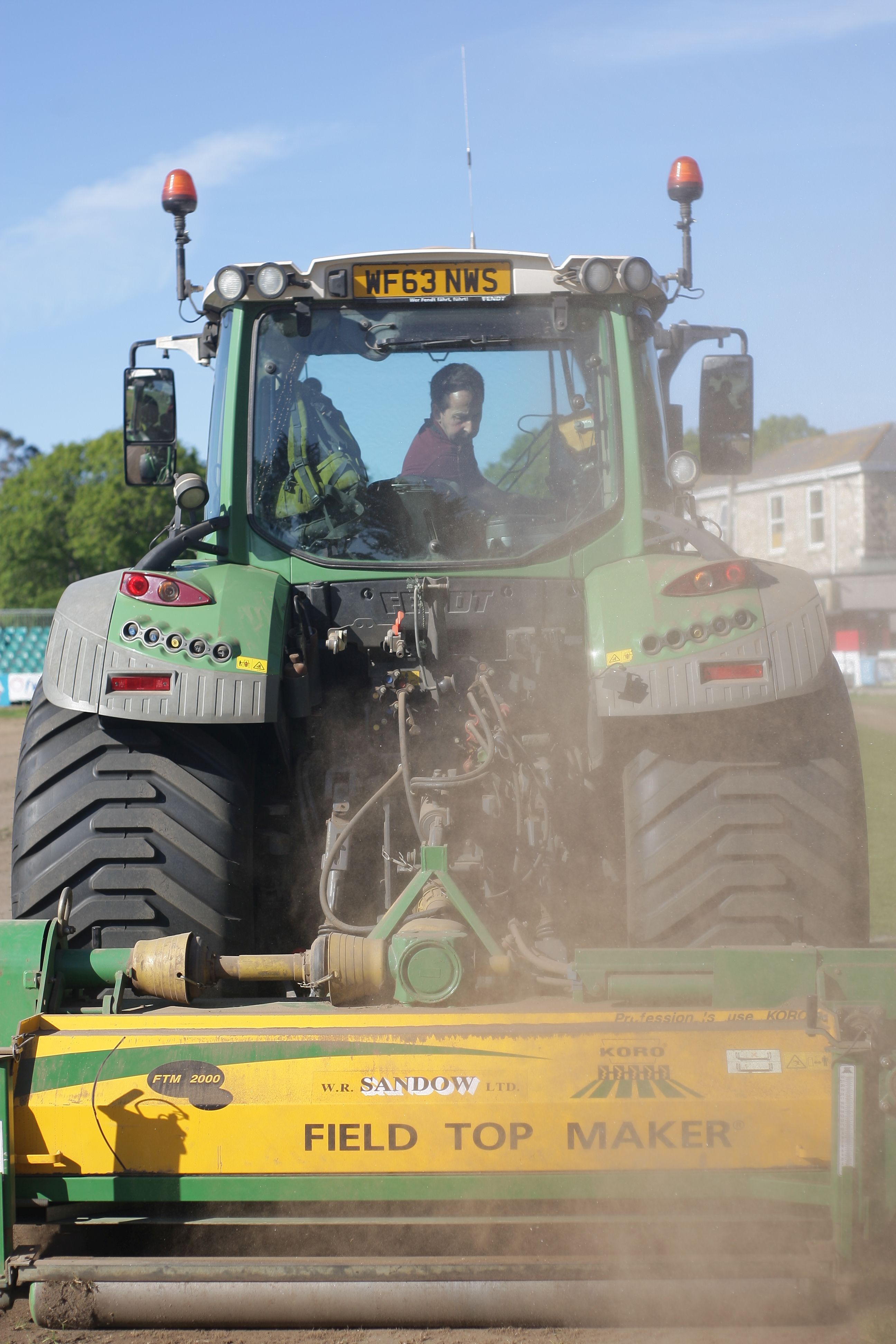 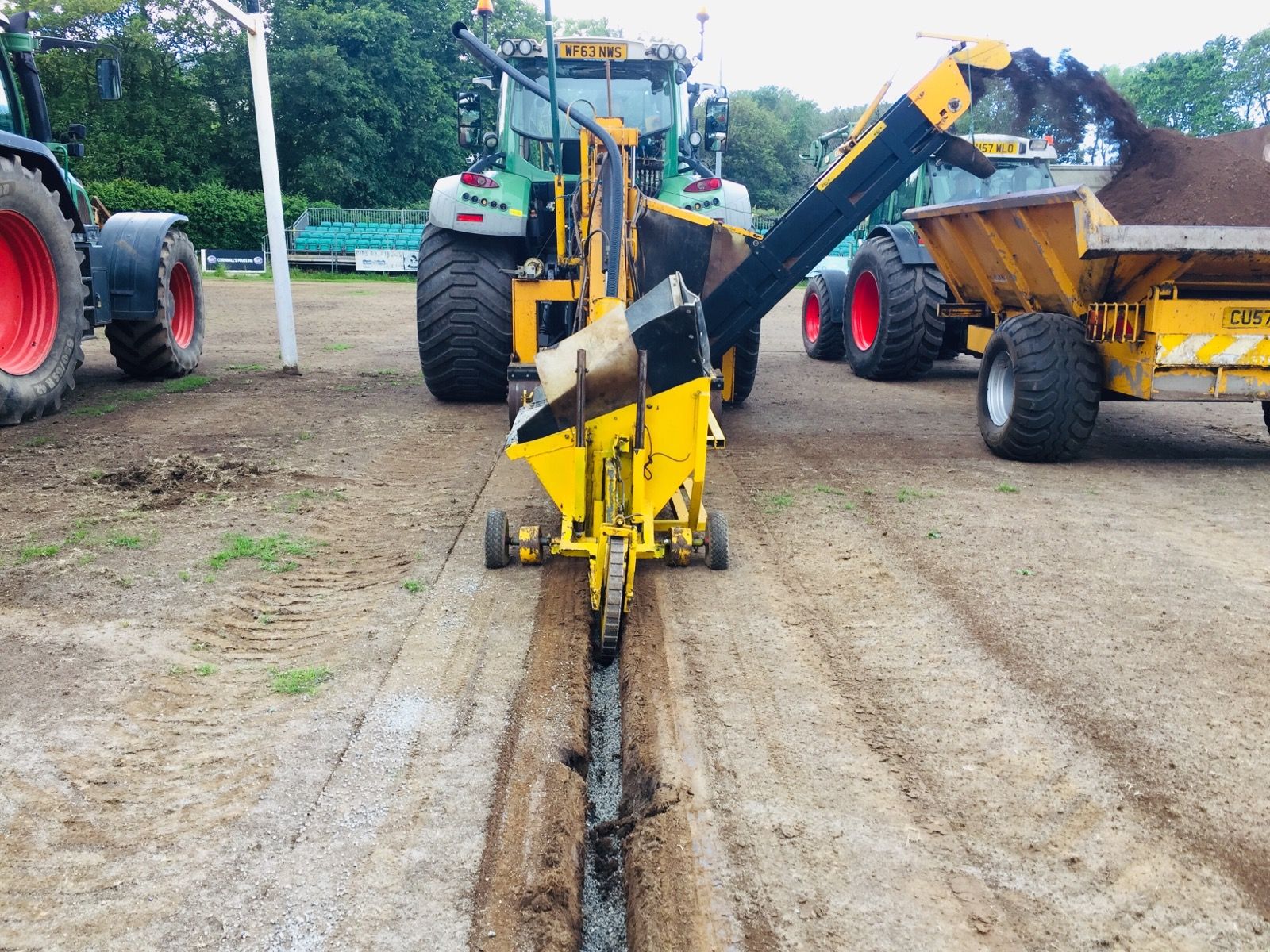 Firstly, the top inch or so of the field surface was removed to enable initial levelling to then take place.

The next step was to prepare drainage with channels excavated every 3 metres across the whole length of the field. 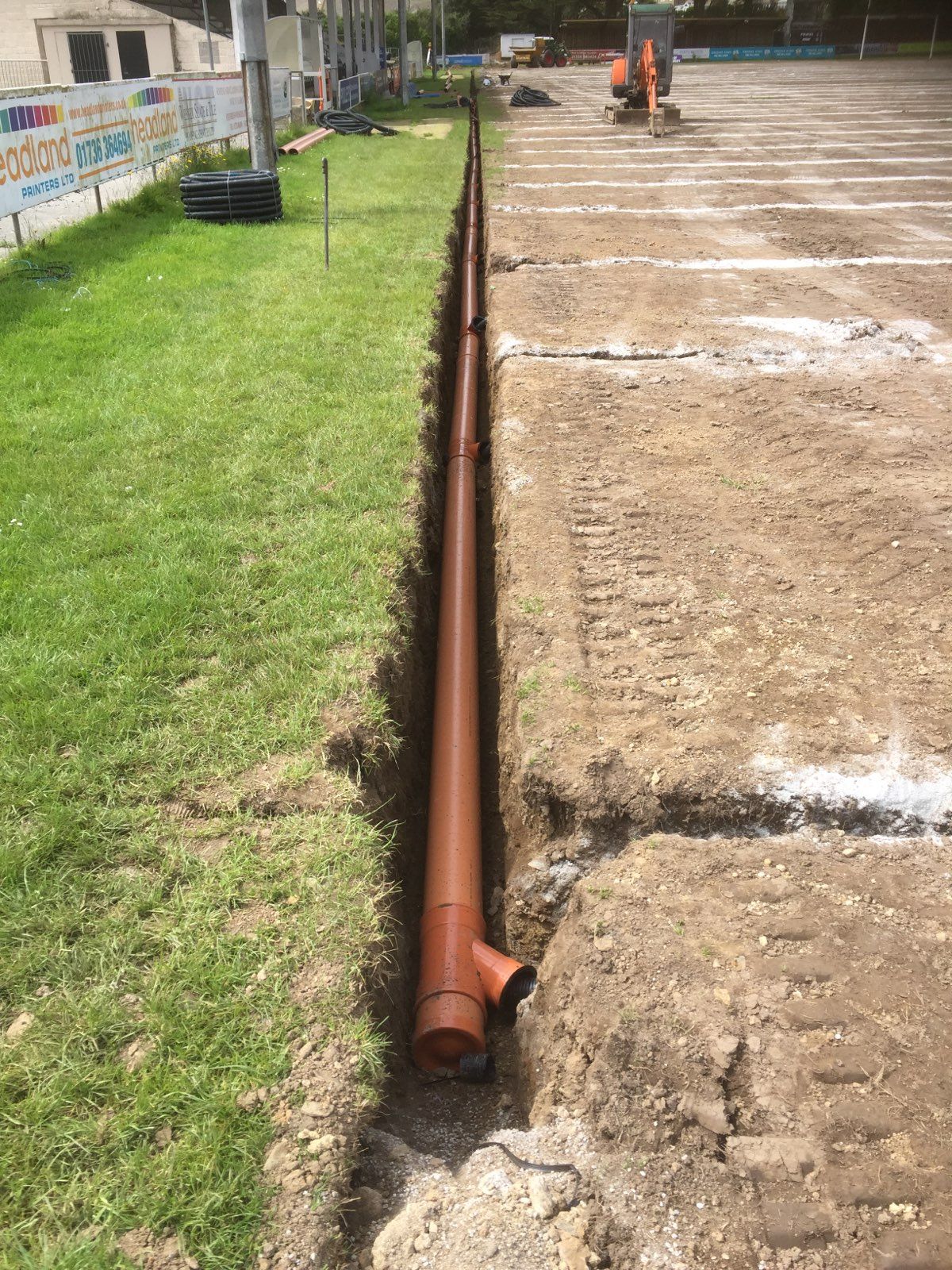 Stone was laid in the bottom of the channels and black drainage pipes then placed in each across the width of the field.

A sand mix covered the black pipes which were linked to a bigger brown plastic carrier pipe that ran the length of the field on the main grandstand side to an outlet in the old Western National corner of the ground. 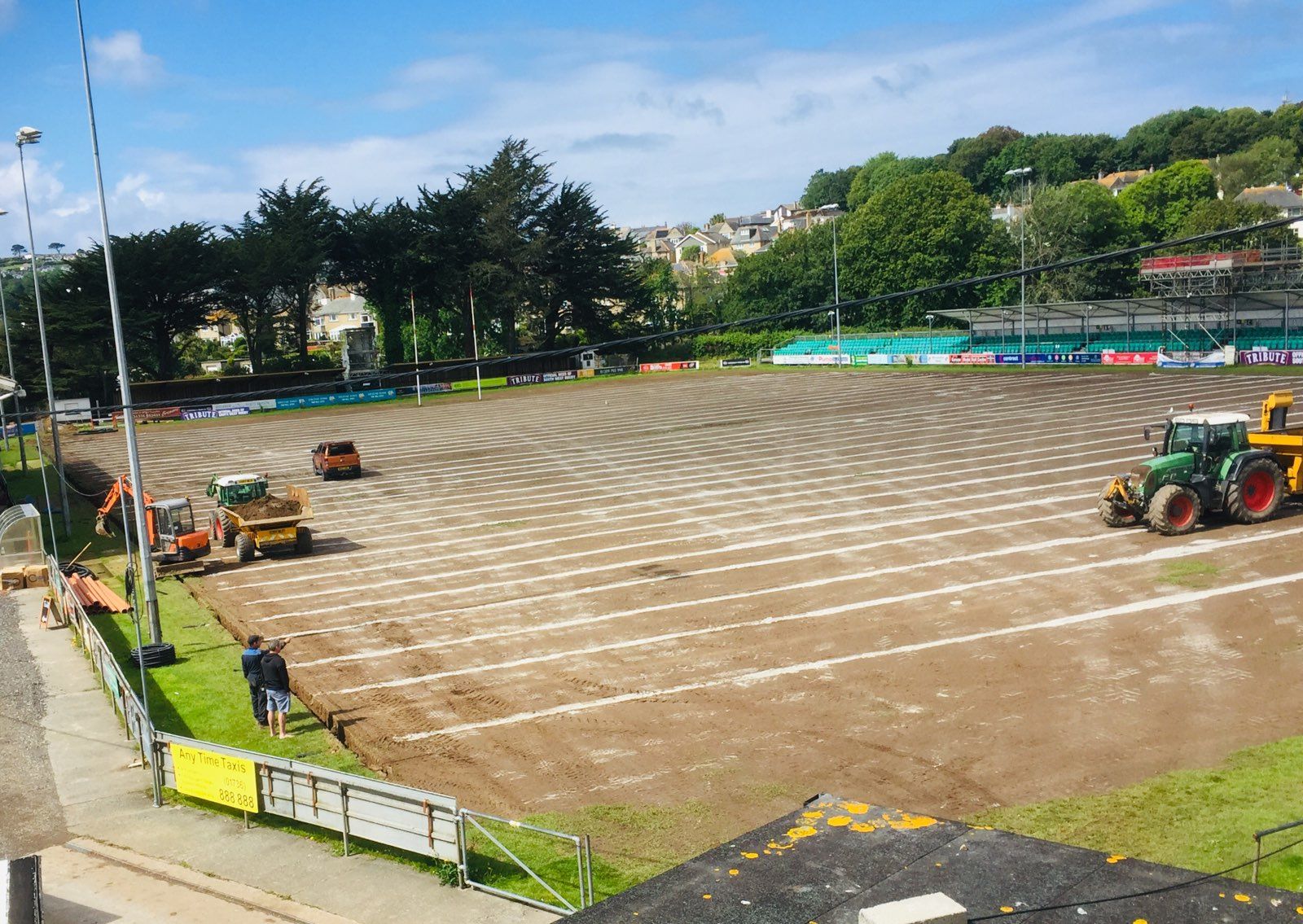 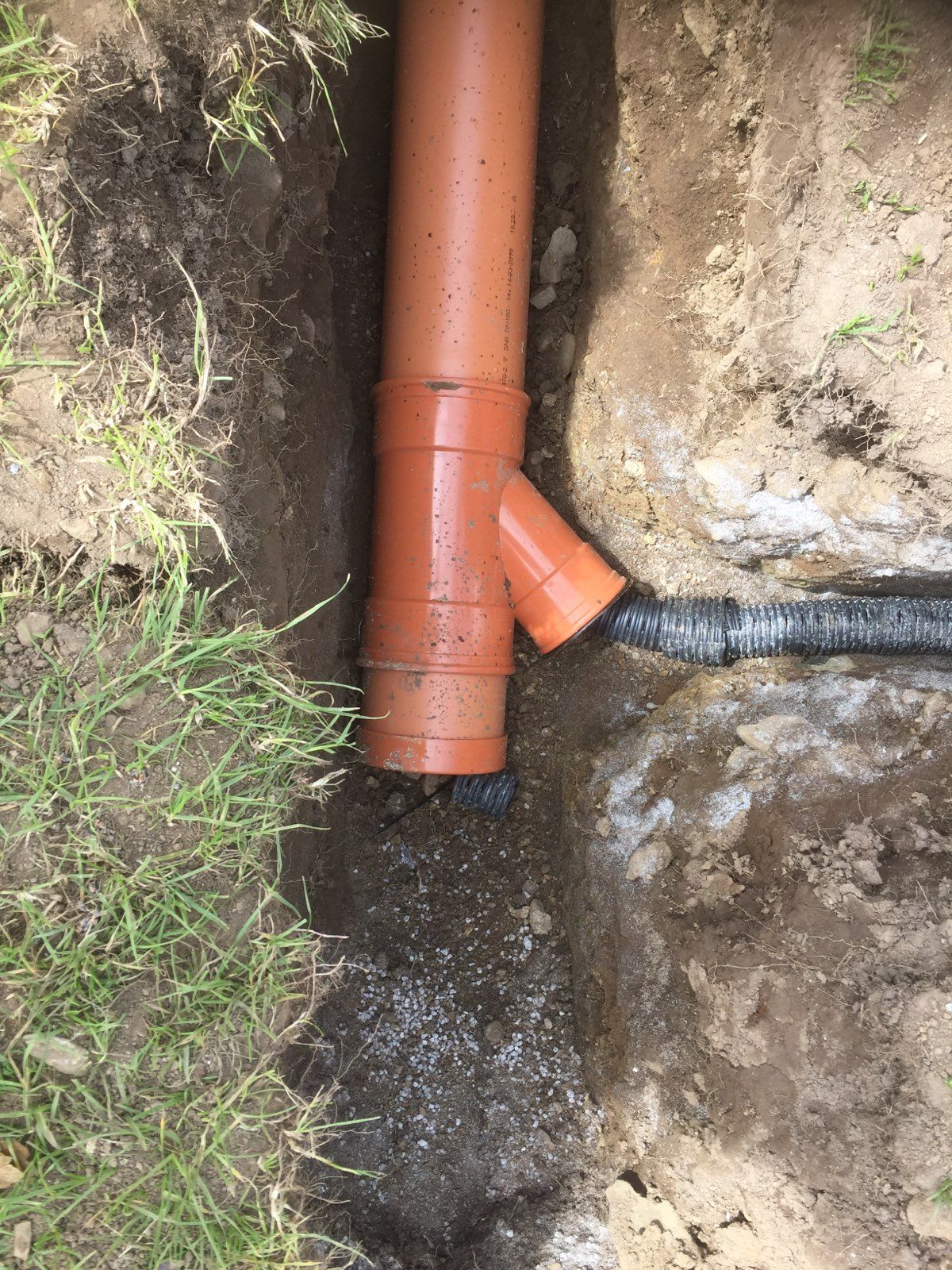 The next step was to spread sand over the whole field. 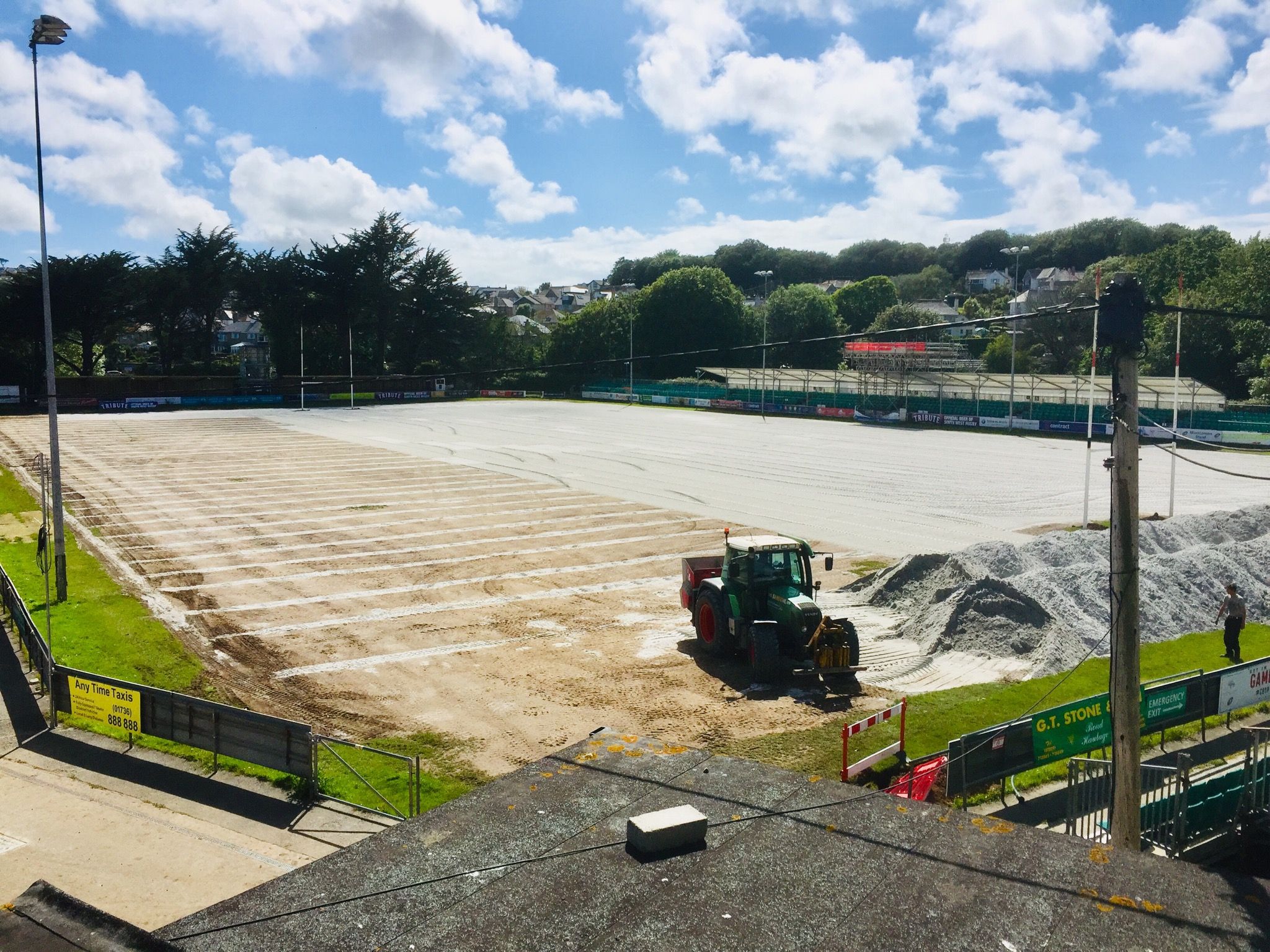 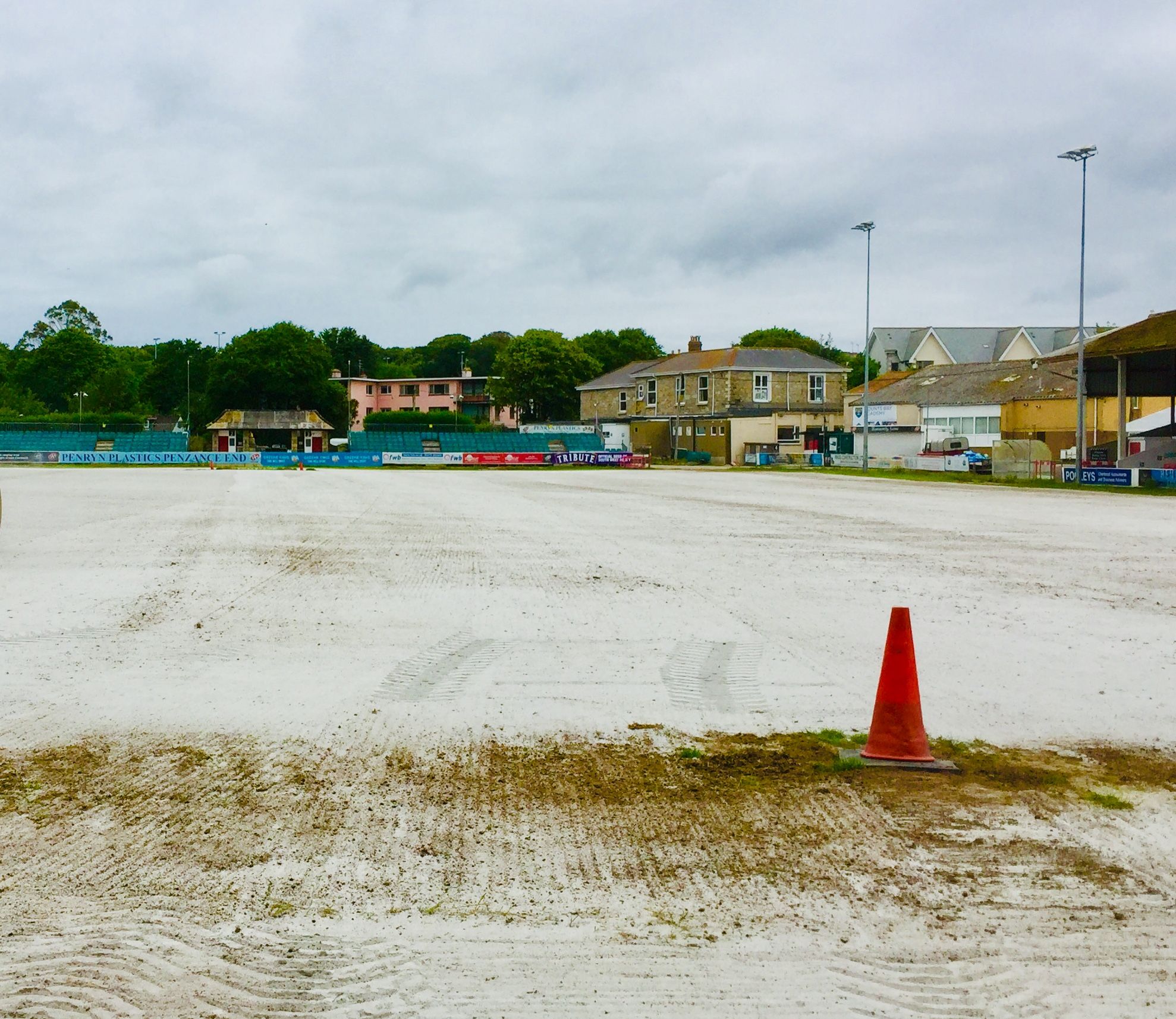 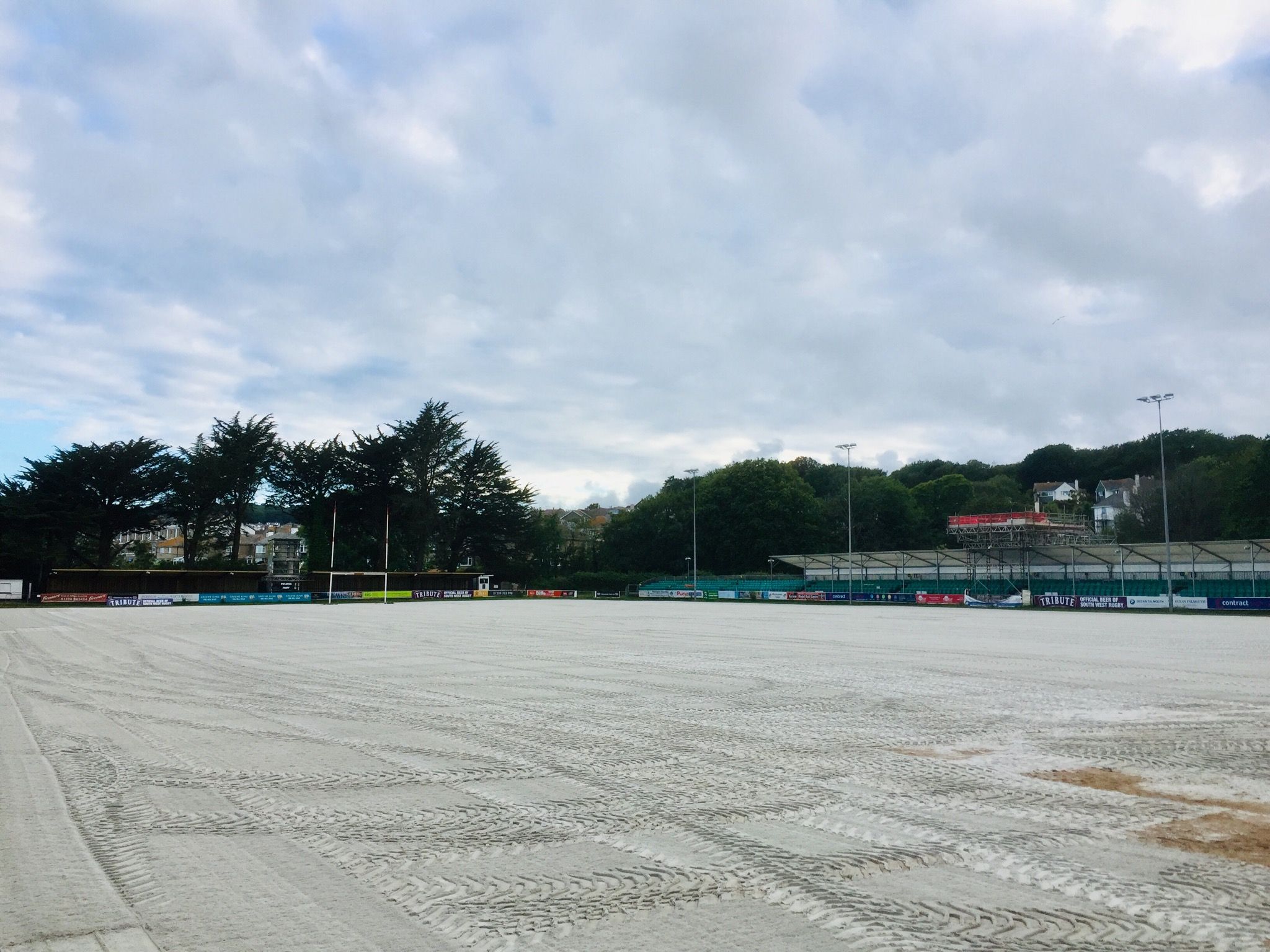 No, this isn’t a covering of snow in late June, but the field fully blanketed in sand which has now been worked into the soil.

The posts seen have also gone which are to be replaced by new ones, an example of further investment in the famous old ground.

The ongoing project to the end of June has been overseen by club personnel including support from Team Manager & Health & Safety Officer Jan Rendall.

Progress from the 1st July will be updated later in Part II of the Mennaye Manicure 2019!

(Note: Besides the Mennaye Field, the club’s adjacent Mennaye Nurseries field has also been upgraded during the summer)