A stepdaughter of former Pirates player John Taskes recently made a long weekend visit to West Cornwall. Also accompanying Sally Crathern, who is a swimming teacher from Surrey, was John’s granddaughters Eleanor, Abigail and Jessica. 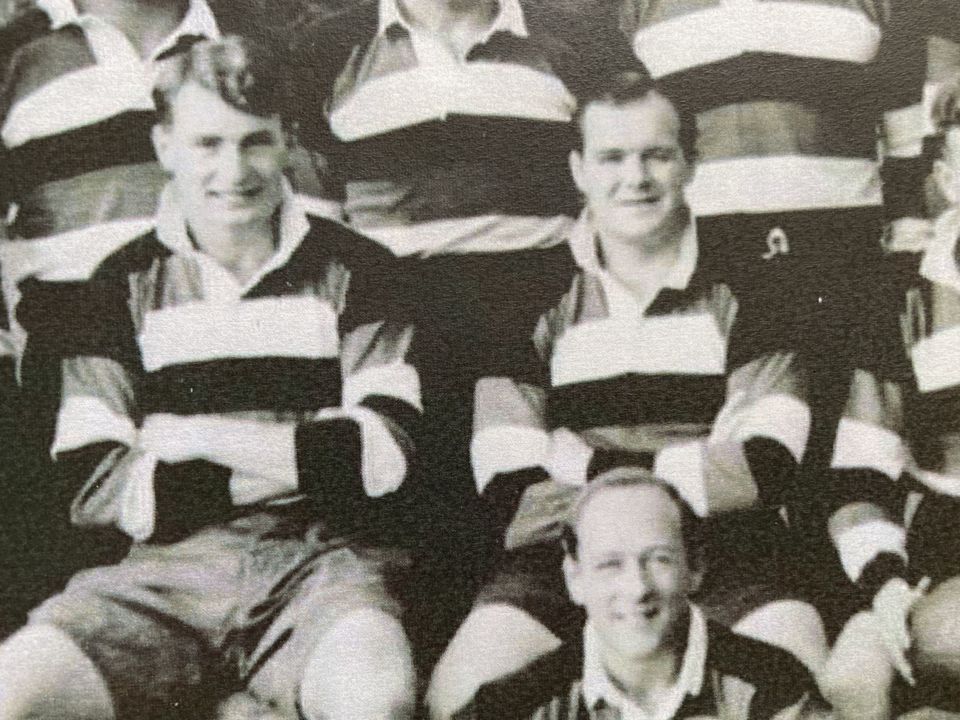 John Taskes in his playing days

The purpose of the visit was to explore where John lived in his youth with an aim to create a book of his former haunts to present him as a gift at Christmas.

That John played for the Penzance & Newlyn RFC was a must to follow up, and after contacting club archivist Phil Westren the wheels were set in motion. Phil was able to provide several photographs from wing/centre John’s playing days, including a special one displayed which is dated the 5th September 1953 when the Pirates faced a strong John Williams’s International XV at the Mennaye Field, Penzance. The word ‘special’ is mentioned because playing for the Pirates that day was the late Dr Jack Matthews, a legendary former Cardiff, Wales, and British Lions player – who is sitting next to John. The full line-up is as follows: 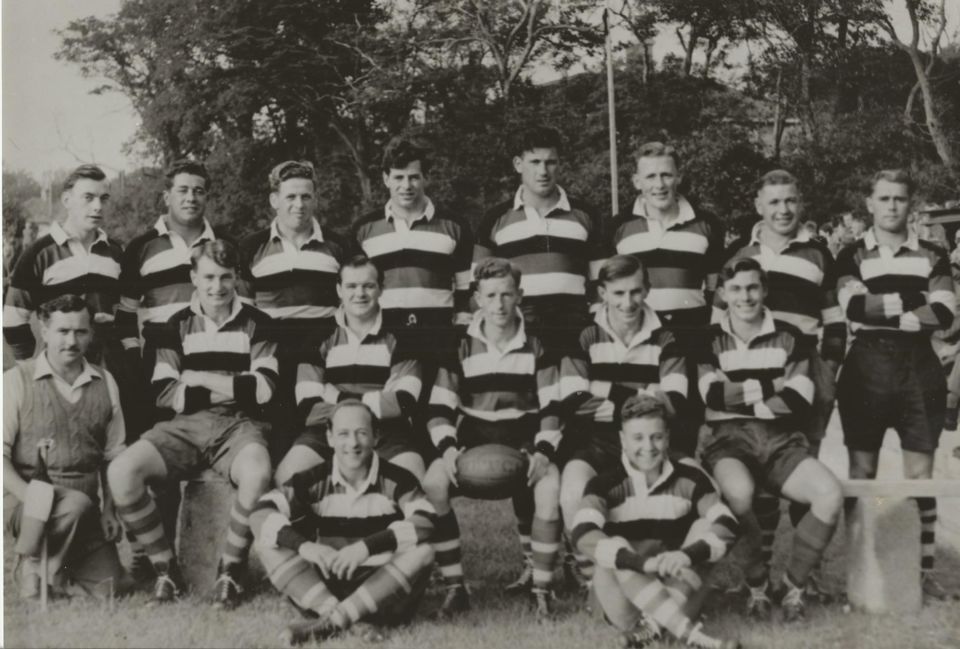 By the way, the Pirates lost the game 19-5, their points acquired from a try scored by Dr Jack and a conversion slotted by Peter Michell. 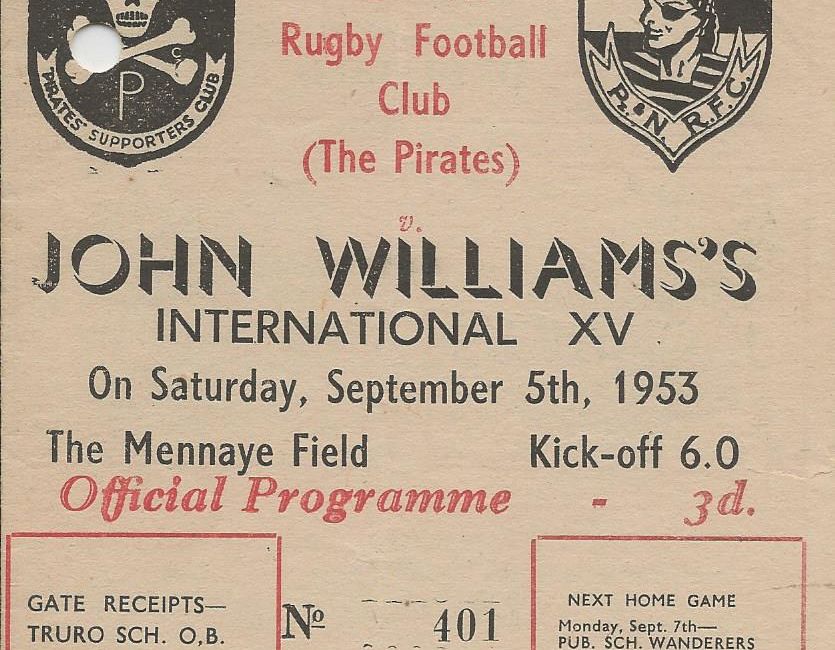 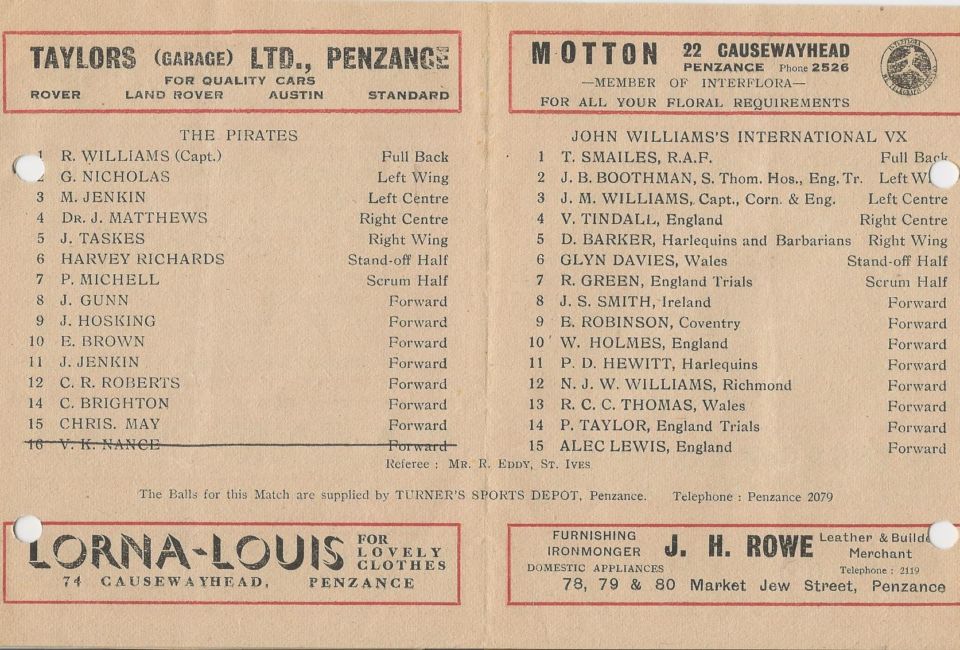 During Sally’s visit the opportunity was taken to meet up with Graham Nicholas and Peter Michell (pictured with Sally and her children) who spoke very highly of John, remembering him as a quiet but sincere and nice man who everyone liked. 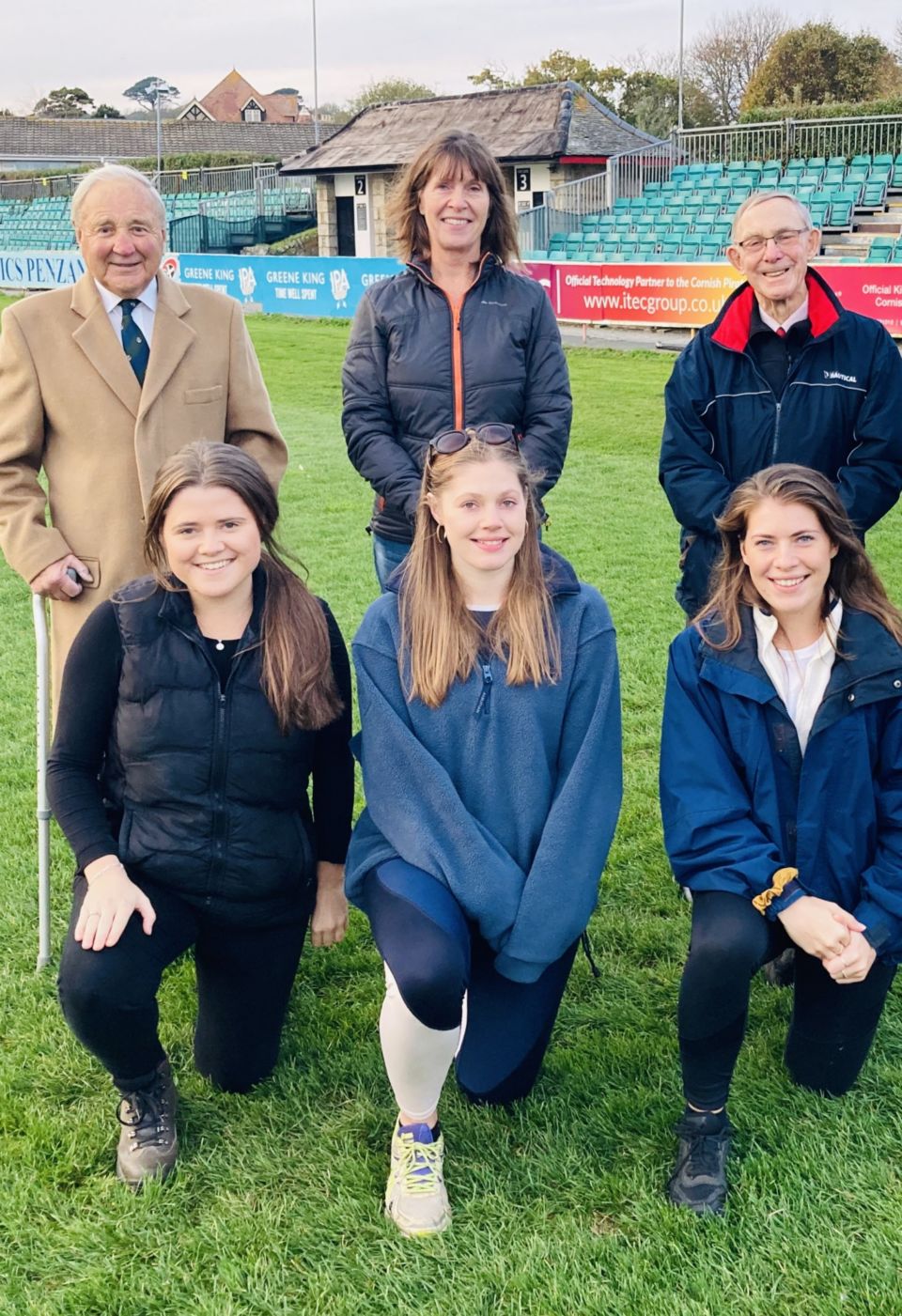 Sally is pictured at the Mennaye Field with Peter Michell, Graham Nicholas, and her daughters. Photo credit: Phil Westren

As for John’s early upbringing, that was in St. Just, where his dad Jack and mum Betsy (Elizabeth) were mine hosts at The Star Inn. John also played cricket back in those days and was educated at Launceston College before going to Oxford University. He studied Law initially before transferring to Languages, the combination clearly worthwhile as following his National Service in the Royal Navy he worked in Banking, including stints in South America, Spain, and Japan.

John’s health restricts him from travelling at present, however, the book being compiled will no doubt bring back some wonderful memories of his youth.

Another ‘Pirate’ who Sally met during her time in West Cornwall was former Pirates Chairman and county player David Mann. John and David were in the same Cornwall Public & Grammar Schools XV that played various games, including a tour to Hanover, Germany. 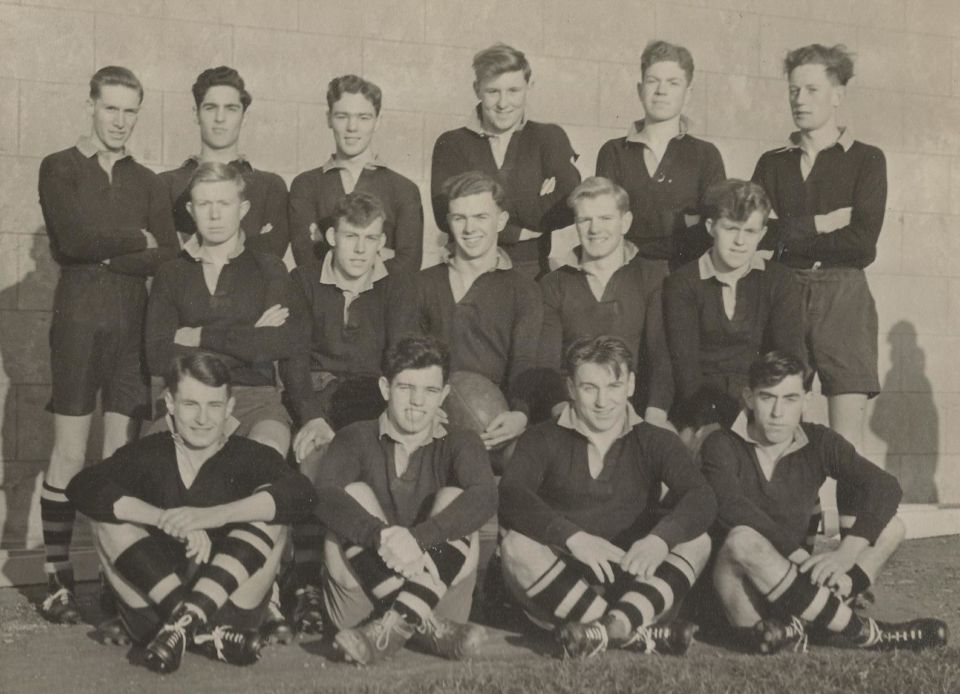 Following the visit with her daughters to meet the Pirates and reminisce, Sally commented:

“We all wanted to say thank you so much for organising the meet ups, which was way beyond what I expected and very emotional for us as a family. I’m sure John
will appreciate our efforts which you have significantly contributed to.”