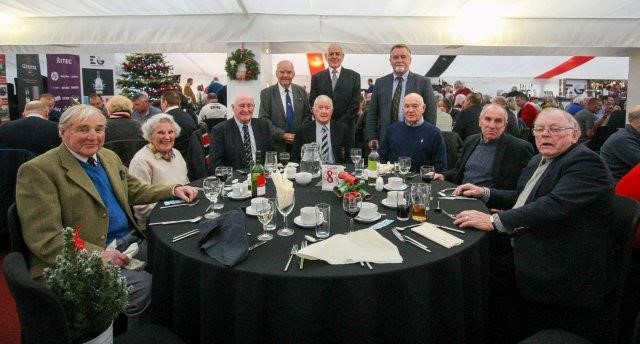 The word ‘distinguished’ suits well for the former stalwarts of rugby. Consider as follows:

Peter Michell – Peter played over 500 games for the Pirates and also captained the club for three seasons. He made 60 appearances for Cornwall, including being captain amd he also skippered Cornwall & Devon against the Springboks in 1960-61 and played for the South-Western Counties against the All Blacks in 1963-64. Peter also played for the Army and is a Past President of the Cornwall RFU.

David Mann – David is another former Pirates and Cornwall player, who also played for the UAU, for English Universities and Bristol. He was a respected Chairman of the Pirates, including in the club’s very successful Golden Jubilee Year.

Graham Paul – Graham played some outstanding rugby for the Pirates and Cornwall before joining Hull Kingston Rovers to play rugby league. He had a successful career in the professional game and played in a Wembley Cup Final. BBC television commentator nicknamed him the ‘Cornish Express’, which immediately stuck. Since being ‘allowed’ back into the rugby union game, Graham has since given years of service.

Jimmy Glover – Dad to Helen, Jimmy is another former Pirates player of considerable distinction. He captained Oxford University and Cornwall, plus wore the famous ‘Barbarians’ jersey. He also played against the All Blacks in 1963-64.

Alan Milliner – Although Alan played much of his rugby for Truro and for the Police, he also played for the Pirates. A stalwart of Cornish rugby, he is at present Representative of Cornish clubs on the RFU Council.

Terry Luke – Besides being a former Pirates player, post his playing days Terry commendably served the club as a selector and a committee man. The Luke family have had a long and proud association with the Pirates.

John White – John played well over 300 games for the Pirates. including being a member of our 1976 Cornwall KO Cup winning team. A very fine wing forward and highly respected he captained the club for two seasons and also played for Cornwall.

Owen Barnes – Owen played for and captained the Pirates and played for Cornwall. For many years he was also a stalwart officer in our youth section. His father Ceddy (for Cedric and pronounced Seddy) played for the Newlyn club and was Chairman of our Penzance & Newlyn RFC 1949-55.