Opening of The Queen Elizabeth Stand

Well, before concluding this week’s ‘Log’, there is a second mention of Queen Elizabeth, but this time in relation to the opening of the stand back on the 27th April 1953.

Since the Mennaye Field had opened as a rugby ground in September 1945, the Pirates had battled for permission to build a Grandstand, only to see the need to obtain a building licence wrecking every scheme. Applications galore went to Bristol (why was that I wonder?), but apparently no Russian dictator could have said “No” in so many ways and in such adamant tones as did the Ministry officials.

In the autumn of 1951, a ray of hope appeared, when the club learned of a prefabricated type of stand manufactured by Meikle’s of Twickenham. The Town Council gave its blessing, plans were produced, appeals for financial help were launched, and all these efforts were endorsed at a specially convened General Meeting held on the 6th March 1952.

Early fundraising efforts led to Penzance & Newlyn RFC’s Supporters’ Club donating £500, with a fete organised by the club itself raising a further £600. Bill Monckton, Leslie Green and Alfie Nicholls volunteered to supervise the erection of the stand, and they soon found themselves supported by a strong team of voluntary manual workers.

Fundraising was ongoing, and after completion of work the Pirates gave the stand to the Borough of Penzance., the presentation officially made by our President, Mavis Lawry. The date was Monday 27th April,1953, when Gloucester were welcome visitors to the Mennaye Field.

In total the stand had cost £3,500 to build, and the handing over was accepted as a gift to the Borough and the ratepayers of Penzance, to commemorate the “Coronation of their gracious Sovereign Queen Elizabeth II.” Accepting the gift was the Town Mayor at the time, Alderman George Ford.

After the stand had been blessed by Canon A. C. Williams, Vicar of St. Mary’s Church, Penzance, it was formally opened by John MacG. K. Kendall-Carpenter, the Pirates, Cornwall and England forward, who quoted the MP for the Division, Mr. Greville Howard, in describing it as a fine example of private enterprise.

Penzance Silver Band was in attendance to play the National Anthem and a souvenir programme was produced which recorded all stages involved in planning. It also, besides, thanking the previously named supervisors, acknowledged others who voluntarily did more than most. Such names included Fred Trembath, George Luke, and Jimmy Hosking. Special thanks were also expressed to Sutton’s of Newlyn for their help, free of charge, in transporting the fabricated stand from London.

To conclude, the stand had been completed by very devoted members who had worked many hours under often difficult conditions. They all hoped it would be a silent onlooker to memorable years of rugby, which in their honour proved to be the case. 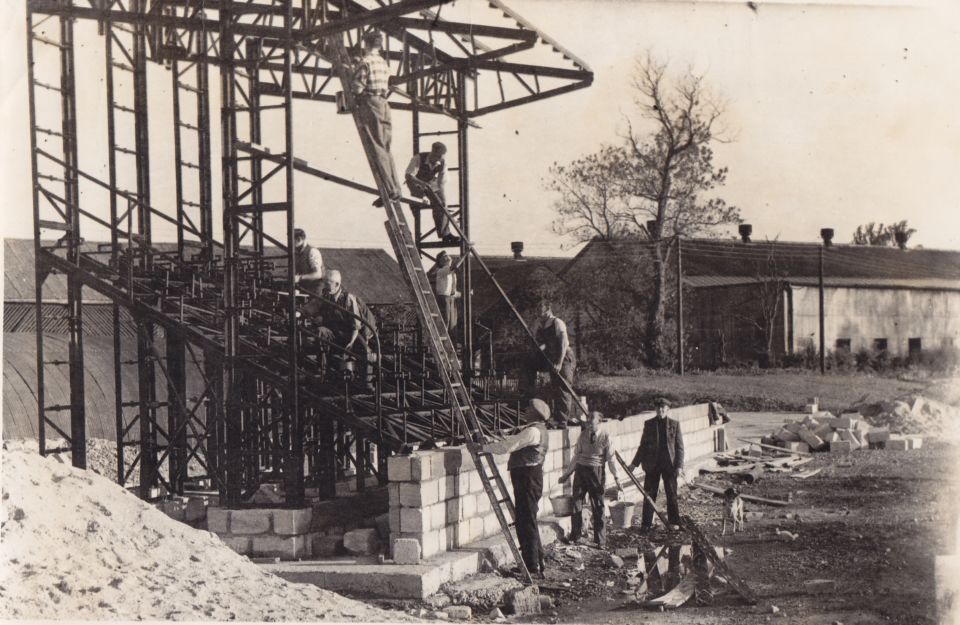 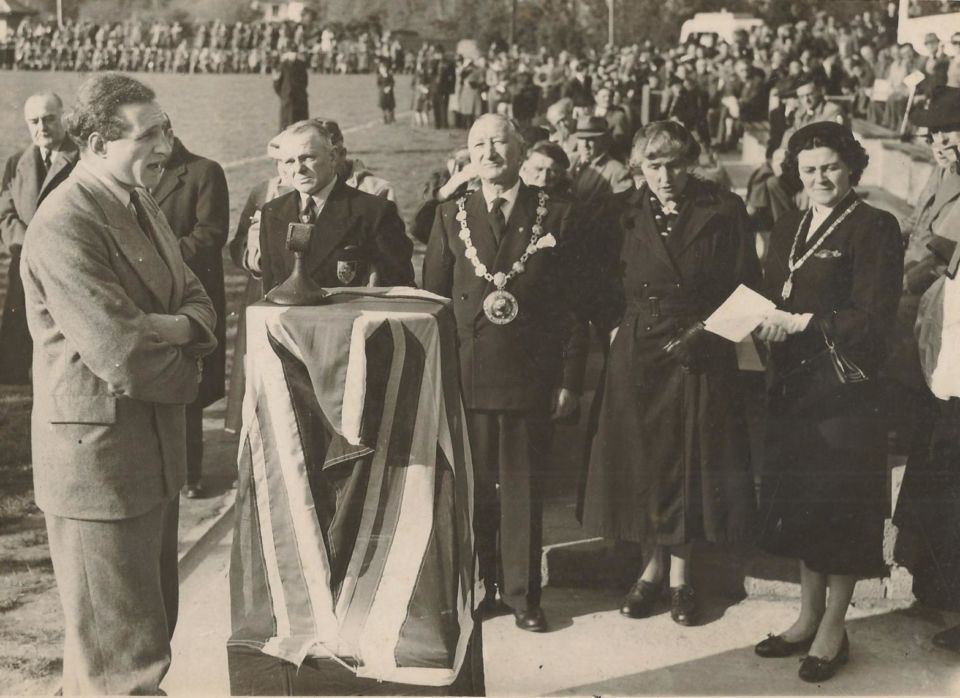 The great man himself, John MacG. K. Kendall-Carpenter, at the opening of the Queen Elizabeth Stand on the 27th April 1953. 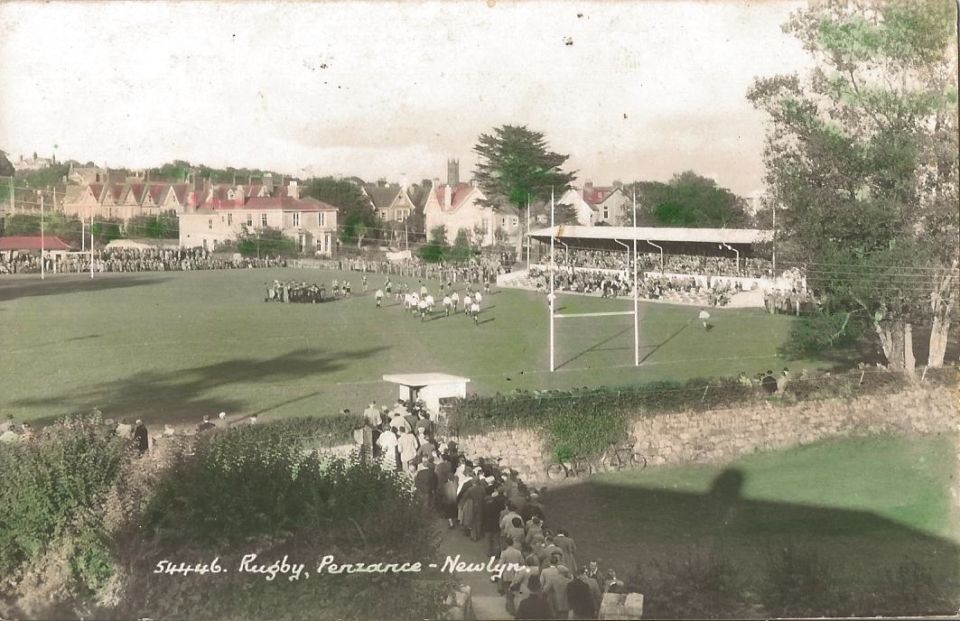 The crowd builds for the opening of the stand and the game versus Gloucester which, by the way, we lost 14-3 – although on such an occasion it perhaps really mattered not.