When the Cornish Pirates played Ulster A in Belfast last Friday evening, Cornishman Graham Rowe welcomed the opportunity to support the team.

Now aged 41, Graham left St. Austell to live in Northern Ireland 28 years ago but always wears his Cornish Pirates shirt with pride, and was therefore particularly delighted when the opportunity was given him to be pictured with the players after the match. Expressing thanks to everyone who made this possible, including team manager Chris ‘Jan’ Rendall and photographer Brian Tempest, he commented:

Spending a couple of hours with Jan and Brian talking rugby was an absolute pleasure of a Friday afternoon. I don’t think there are many teams that would have the same time for their supporters as the Pirates do!

When you have lived away from Cornwall so long it can be hard to still feel Cornish, although I can still get a supply of pasties.
Thankfully these days Cornish beer can also be bought in a couple of pubs in Belfast, and good old St. Austell Brewery ‘Tribute’ is in every supermarket going.

However, what does still make me Cornish is wearing my Pirates shirt with pride either at home or on holiday, and getting to wear it to a match even better. I have great dreams of being at the first game in the new stadium but I’m sure everyone in Cornwall thinks the same! 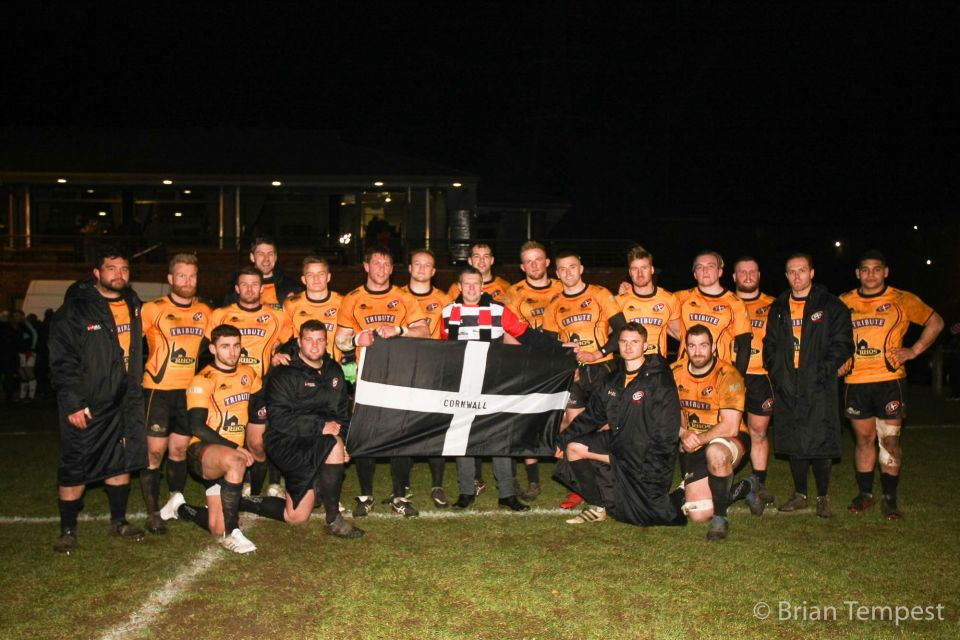