At the end of Saturday’s Cornish Pirates versus Ealing Trailfinders match played at the Mennaye Field, as soon as a level of excitement settled certain Annual Awards were made from in front of the main Truro & Penwith College grandstand

PA announcer Phil Westren firstly expressed thanks to sponsors, supporters, cherished volunteers and to all those who have played their part with reference to progress made regarding the Stadium for Cornwall. He also spoke of a particularly pleasing playing season, one that has provided real encouragement for the future, with the team spirit magnificent and there special praise thus for the coaches and players.

After Cornish Pirates’ chairman Paul Durkin was invited to present not only the afternoon’s St. Austell Brewery man-of-the-match award to Laurence May, but also the player’s 100 games merit tie, the following Annual Awards were made:

Travelling Supporters ‘Player of the Year’ – Presented annually since 2000 by David and Sue Holmes, the winner of this voted for award was – Kyle Moyle.

The Edwin Bryant Trophy – This fine trophy, a handcrafted-mounted rugby ball in cedar, is presented in memory of Edwin Bryant, a respected rugby man who was for many years a member of the Cornwall Rugby Referees’ Society. The award goes annually to a player – perhaps an unsung hero – who has been a squad member for at least three seasons, with voting arranged by the Cornish Pirates Supporters Club. Edwin’s widow Carole and CPSC member Piers Owen presented the trophy to – Alex Cheesman.

John Stirling Memorial Cup for Commitment – Presented annually since 1999, John’s widow Wendy presented the trophy this year to someone who has always been bravely committed under the high ball and is always keen to counter-attack. About to depart the Pirates to pursue a career in teaching, the winner was – Toby May.

The Dave Berryman Cup – to the Volunteer of the Year. Phil Westren commented that the Pirates have been blessed to have had so many fine volunteers throughout the club’s history, playing their part to keep the club going and to progress. Dicky Evans was present this year and made the award to someone who not only played for the Pirates but has also been a terrific contributor as Chairman of the Youth Section – Cullam Osborne.

The Roger Pascoe Cup – Another special trophy, this is presented annually to the Supporters ‘Player of the Season’. It is in memory of former player Roger ‘Paco’ Pascoe, who made over 1,000 appearances for the club. The President of the Pirates Supporters Club, Tinks Youngson, presented the award this year, his second of the afternoon, to – Kyle Moyle.

Clubman of the Year – In the apologised absence of Penzance & Newlyn RFC’s Chairman, Scott Dugdale, President Terry Drew made this award to a member of the club’s committed volunteer ground staff, who during the foulest of winters has worked tremendously hard – Stan Thomas.

The President’s Cup – This final trophy was presented by Terry to the player who, in his opinion, has been the most outstanding contributor on the field during the season. First presented by Dicky Evans to Richard Carroll in 2003, this year’s fully deserved winner was – Nicolas De Battista.

To conclude the awards, sincere best wishes were expressed to those who were departing the club, whilst a reminder was also given that further important awards will be made at this coming Friday’s Dinner & Awards event to be held at the Penventon Hotel, Redruth. 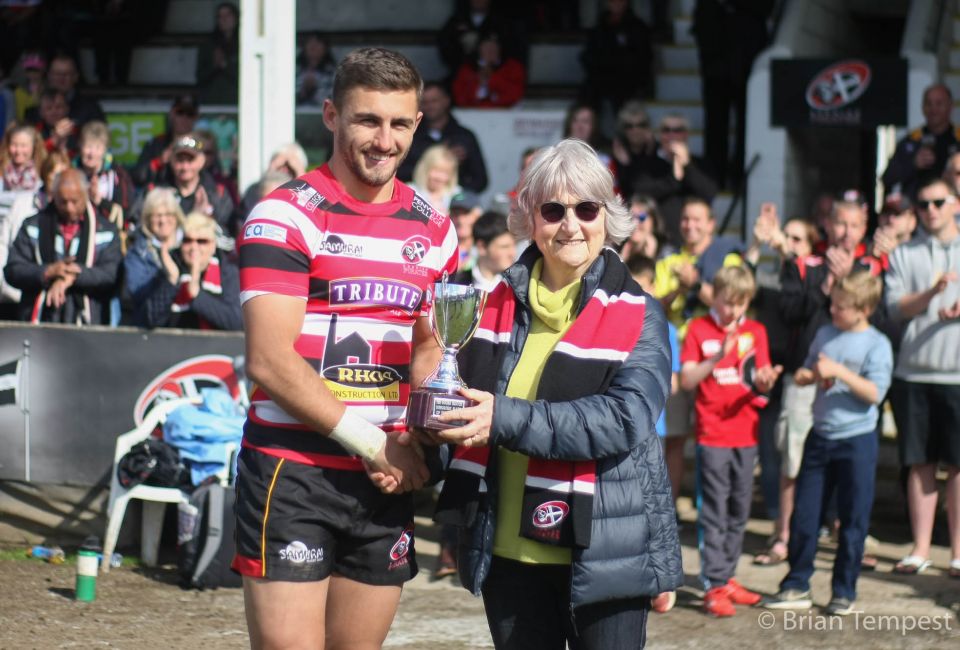 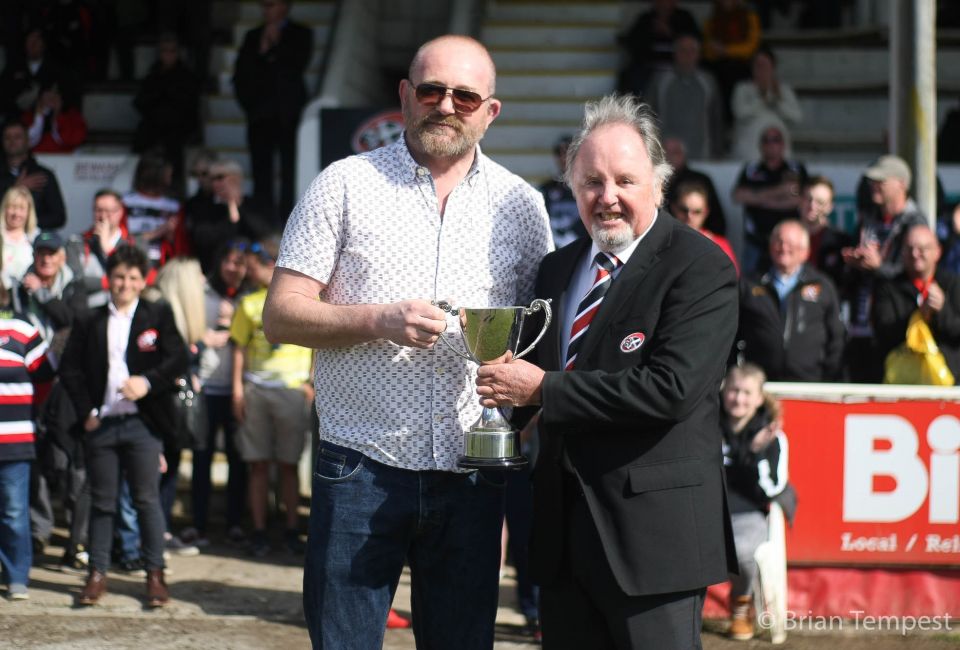 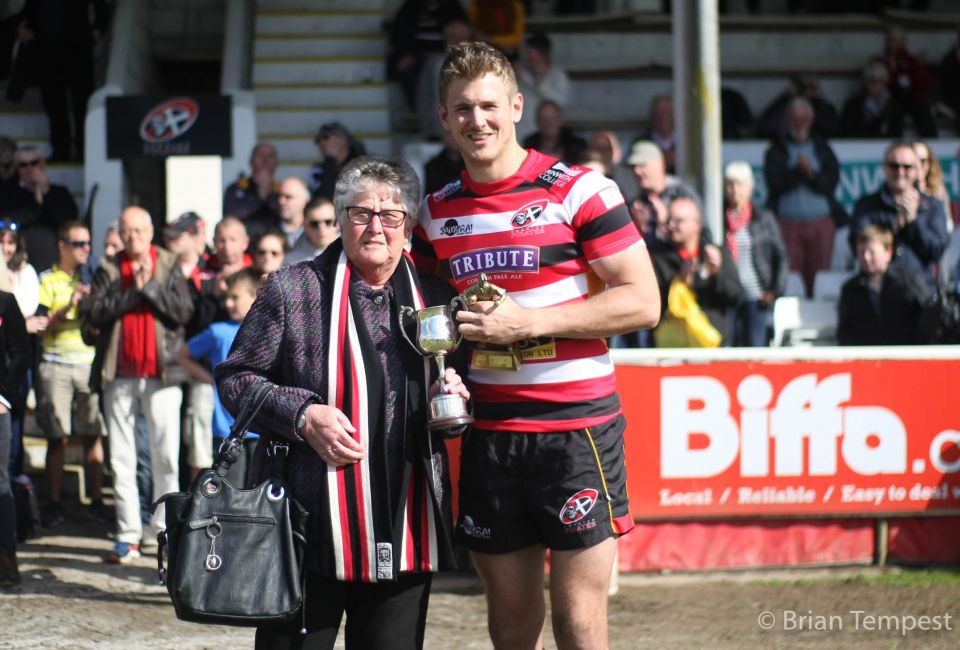 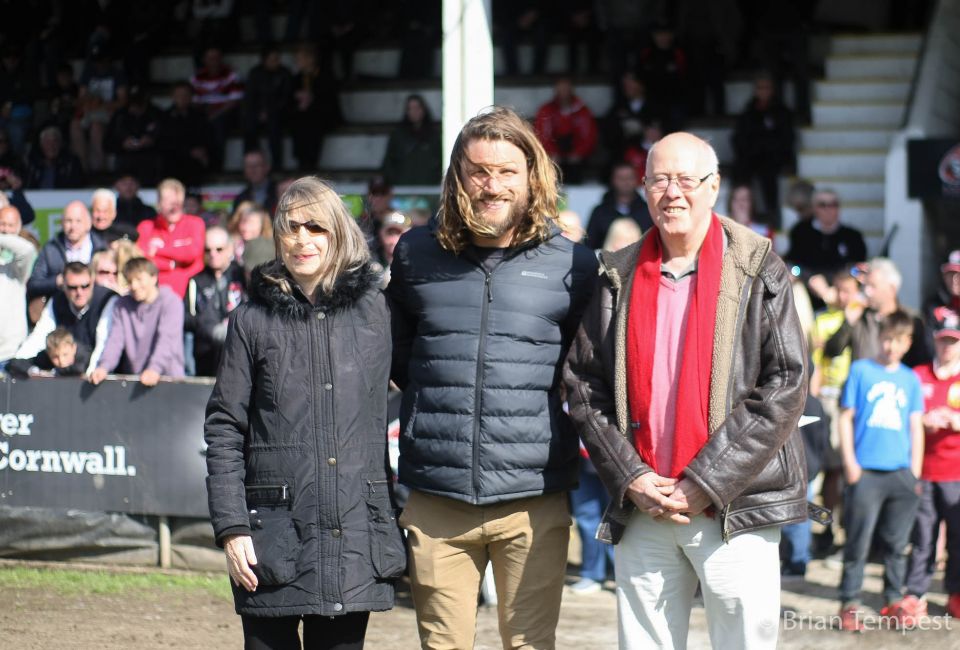 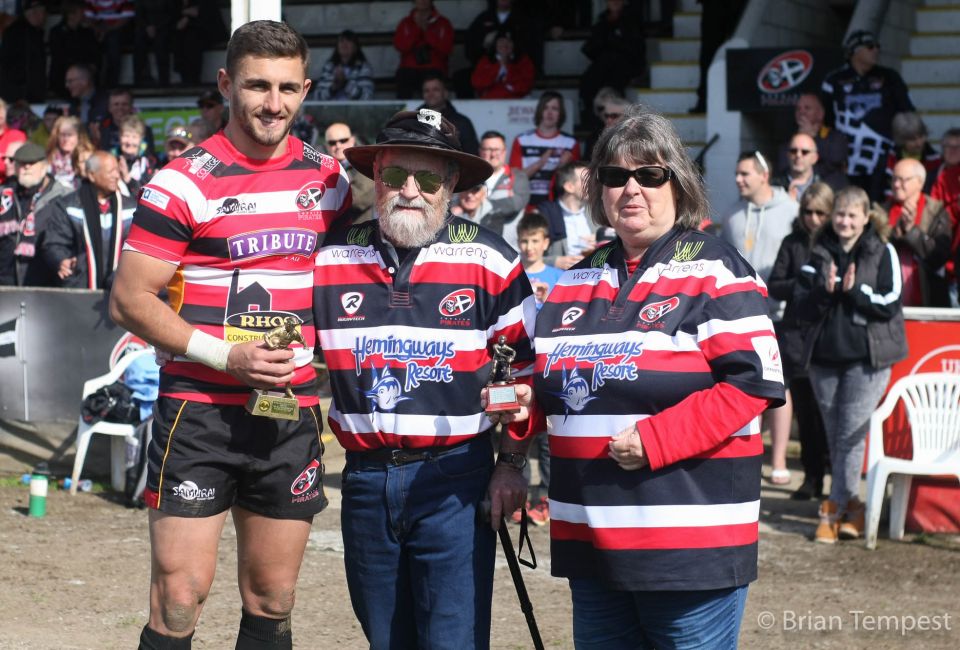 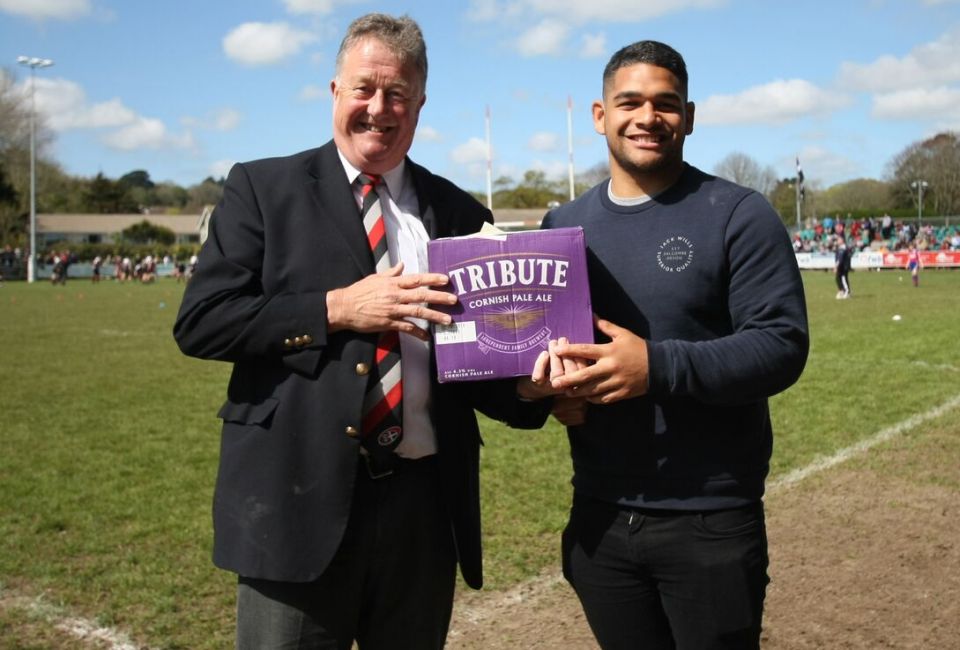