Brett is the Winner of The Edwin Bryant Trophy

The Cornish Pirates can confirm the first of an overall 13 x award winners for the 2019/20 season.

The respected Brett Beukeboom, who has captained the team for the last two seasons, is the name revealed for having received the most votes cast by members of the Cornish Pirates Supporters Club.

It will perhaps come as no surprise that members of the Cornish Pirates Supporters Club have chosen Brett as the winner of this season’s Edwin Bryant Trophy award.

The decision made reflects both Brett’s playing ability and his personality, as an all-round good guy who you’d always want on your side!

The Edwin Bryant Trophy is presented annually to a player – perhaps an unsung hero – who has been with the Cornish Pirates for at least three seasons. Each winner receives the wonderful award of a fine hand-crafted mounted rugby ball in cedar.

Edwin was a respected rugby man who passed away suddenly in April 2007, aged 64. A Quantity & Chartered Surveyor, he did much within the community and was for many years a member of the Cornwall Rugby Referees’ Society. Along with his wife Carole, Edwin regularly supported the Pirates both home and away, and prior to his passing had been a Chairman of the Pirates Press Gang Supporters’ Club. 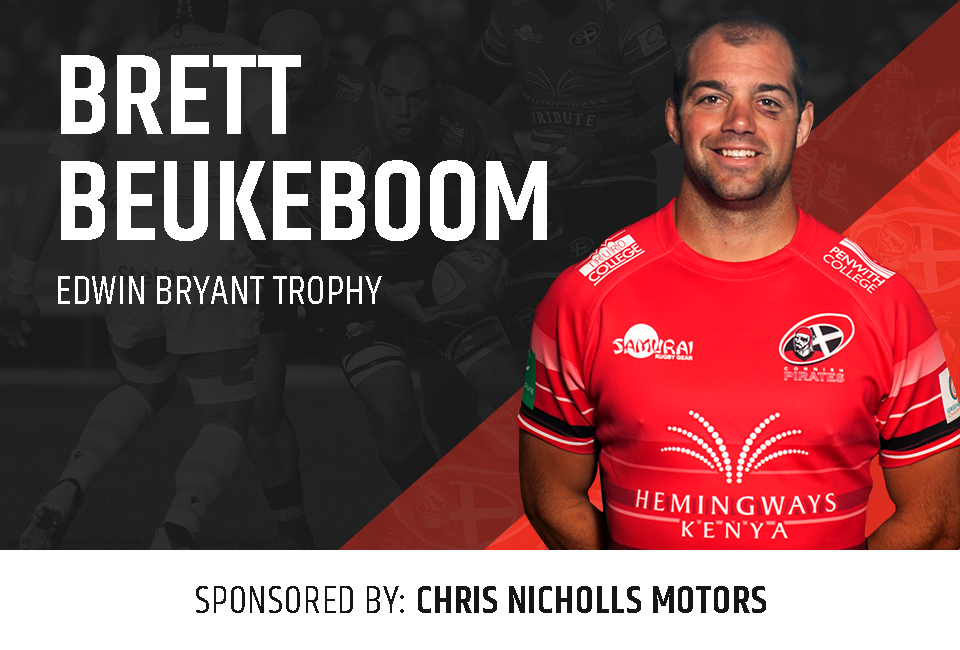