This trophy is presented annually to the Supporters ‘Player of the Season’ in memory of Roger ‘Paco’ Pascoe, who made over 1,000 appearances for the club. He sadly passed away in January 2002 at the age of just 58.

The 2020 winner is a player that ‘Paco’ himself would have greatly admired.

A robust and tenaciously gifted young man, he is seen as an exciting player who has developed into a fine hooker, and always giving 100 per cent is described as someone who has the X-factor and can do something from nothing. Congratulations – Dan Frost.

What a great choice from the supporters. As a coach department we aren’t surprised, Dan is incredibly exciting to watch with ball in hand, he creates moments of magic on the field and shows great character each and every minute he plays. Congrats Dan, fully deserved. 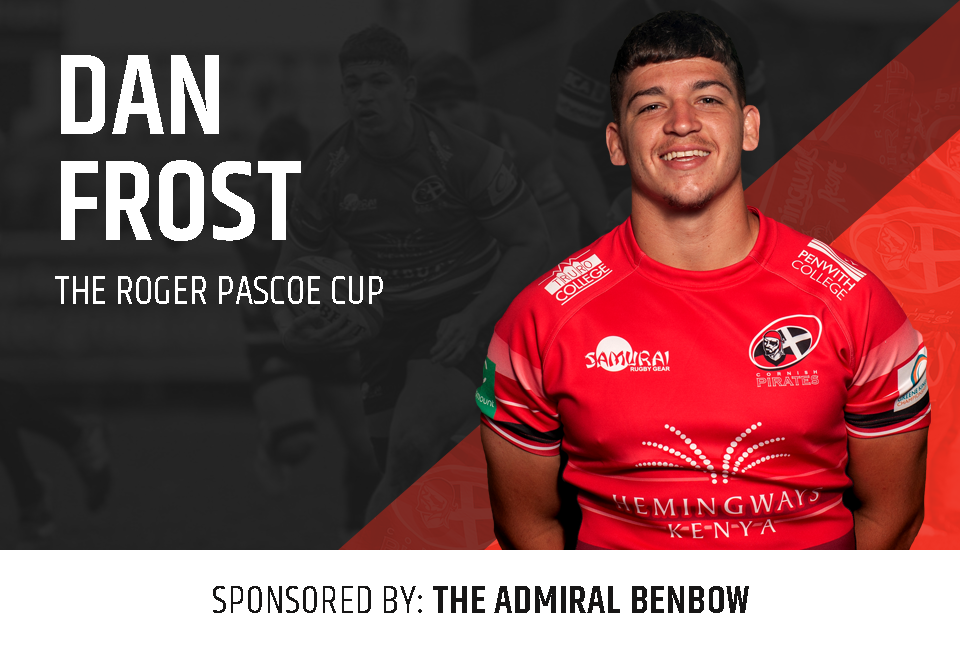