Player of the Year

Jamie Dean was the first winner of this important award which was introduced back in 1986. Of interest another former club captain, Adrian Bick, has the distinction of having won it on three occasions.

As for the winner this year, it is someone who has now played two seasons for the club, albeit the latter a Coronavirus-curtailed one. Throughout providing a strong midfield presence, he has also this season alone scored an impressive 12 tries. The winner is – Callum Patterson.

What a competitor. There is not a training session that goes by where I don’t see his shirt being ripped off his back or seeing his passion being unleashed on someone, you just see the competitiveness week in week out. The shear amount of games he has played since he’s been here and the heart he puts into every one of those games is applaudable. Off the field he couldn’t be more contrasting, a nice quietly spoken guy who gets along with all supporters and staff and is thoroughly deserving of this award. He has had an outstanding season.

Cal hit the ground running this season and didn’t stop. He has been a shining light in a position that is very competitive with the likes of Shae, Rory, Nico and Javi. He fully deserves this award for his continuous hard work and strong performances. 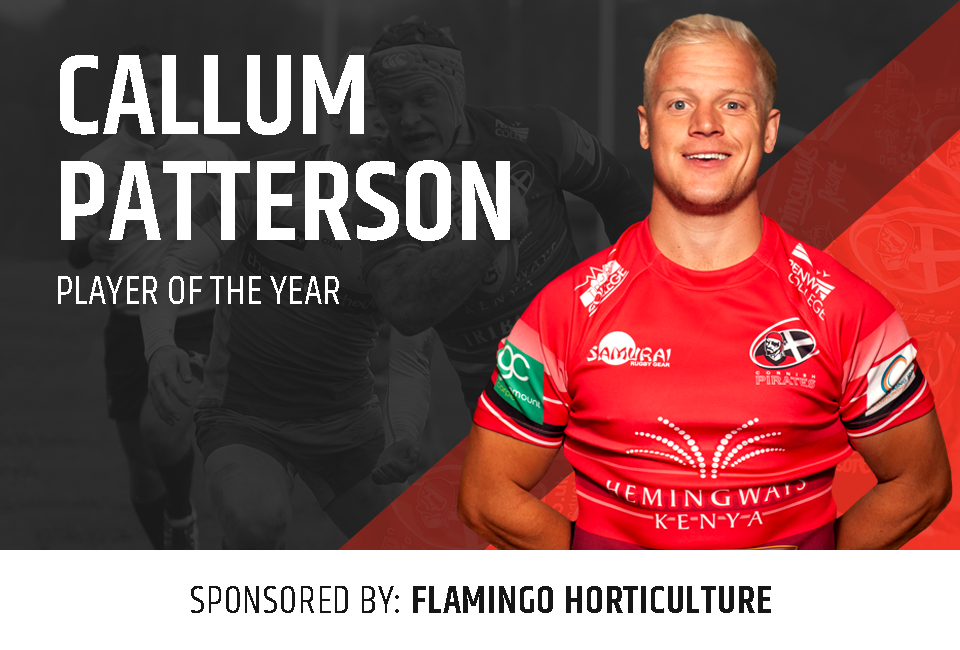