Players’ Player of the Year

Reference this award, which was first introduced back in 2010, recipients can consider it the ultimate accolade to be voted for by your fellow players.

Again, of no surprise, this player having made something of a scoop at this year’s awards, the winner is – Brett Beukeboom.

A former winner of the trophy, Nicolas said:

Brett was chosen as players’ player of the year because he is a humble, hard-working leader. He has played the most amount of games this season and given 110% in every appearance. The team and the club are Brett’s first priorities and he will be missed on and off the field.

This is a special award to get to be voted by your peers. They have a very different perspective about you as a person, as a player and that is different to what a coach may have, or a supporter may have. He is a talisman, his on-field leadership is outstanding as well as his off-field. He will be sorely missed by this group of players as they all have huge amounts of respect for him and everything he has done for the club and for them. 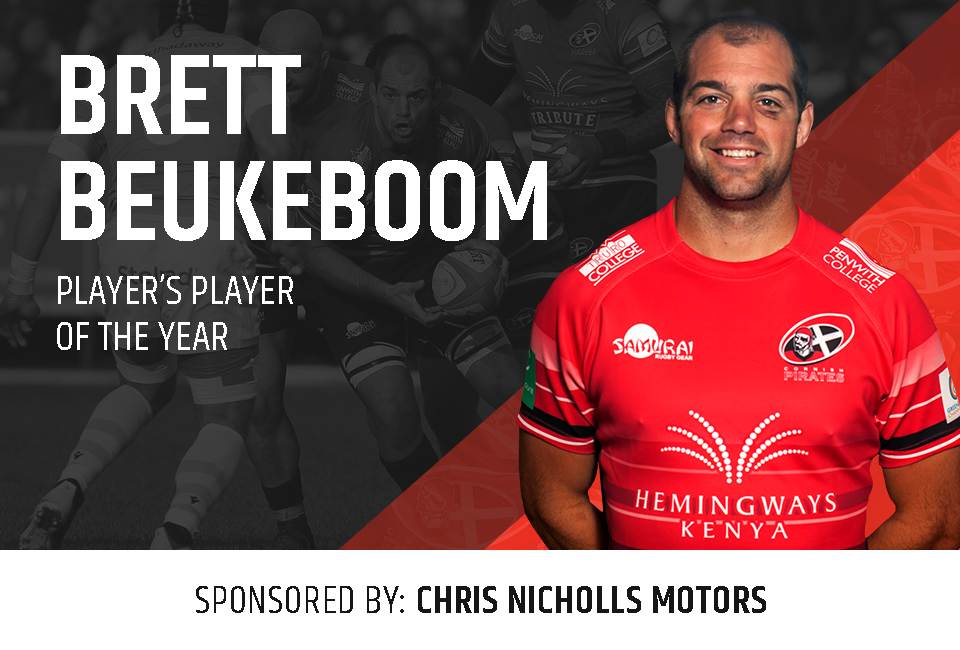