Try of the Season

This trophy was introduced in 2014, there some terrific tries scored over the years by inevitably gifted players.

For this past season supporters have voted on-line for their favourite try, with the nominations being as follows:

And the winner? Well, it is ‘D’, the first of the two nominations for outstanding tries scored by wing Robin Wedlake, which was recorded in the 40-11points Greene King IPA Championship league win at home to Ampthill last November.

Congratulations are expressed to Robin and to his playing colleagues who received nominations – plus a big thank-you to supporters for casting your votes.

This try is a classic example of why you would want a rugby player to have a one on one. With the pace and power that Wedlake has got you back him when we get him on the ball. One of our aims is to get our back 3 on the ball and as Robin shows here, he has superb power in such a small space. Not only to steam roll one opponent but to get the fend as well and his pace to finish it off. Outstanding individual try!

Note: The next important 2019/20 award, a penultimate one, will be announced at 7pm this evening. 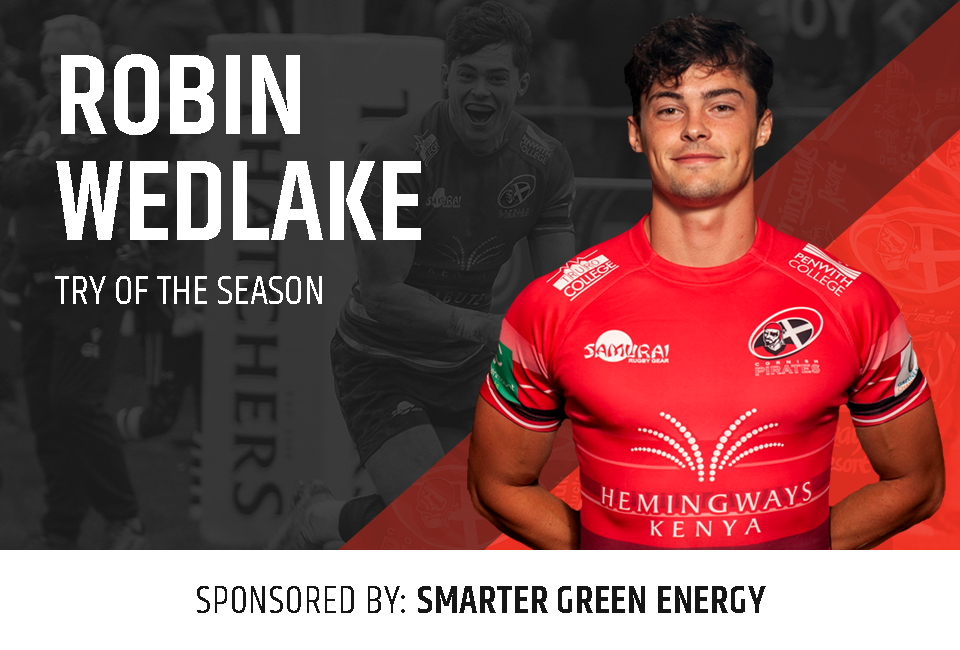