Following the recent passing of former player and keen supporter Colin Kelynack, it has been confirmed that his funeral will take place at Treswithian Downs Crematorium, Camborne, on Monday 24th June, commencing 1.30pm.

Born in 1934, Colin first played for the Pirates in the late 1940s, and then for Cornwall under 15s. He was also selected for the ‘Probables’ in a Final England U15s Trial played at Bristol’s Memorial Ground, however a knee injury cruelly denied him the chance of international honours not just through the trial but also when invited to play for England following the team’s defeat to Wales at Cardiff Arms Park.

After moving up into the Pirates under 18s side, at the time called ‘Mount’s Bay’, along with other gifted young Cornish players Colin also toured both Germany with the Cornwall Youth team and South Wales with the Cornwall Public & Grammar Schools side. He was also honoured, in 1953, to play for England ATC and the British Isles ATC XV.

Participating in rugby during National Service, Colin afterwards played for St. Luke’s College and for Exeter before being appointed as Head of PE & Games at Rydens School, Walton-on-Thames. He played for Esher and then London Welsh and was also an England Schools selector and founder player of London Cornish RFC.

A spell at Windsor Boys School in Germany followed, where staff were permitted to play in the 1st XV because all games were against service sides. On his return to England he joined the London Society of Rugby Referees for a year before taking up a post at Worthing High School for Boys. He played for Old Azurians RFC, before a further knee injury ended his playing career.

Colin was head coach of Worthing RFC’s mini-rugby section from 1977-1985, when a highlight was not only organising a festival involving 112 teams, but also welcoming a fellow Pirate, John Kendall-Carpenter, to present the prizes. ‘Carps’ was RFU President at the time.

As for recent decades, Colin was a regular face to be seen supporting the Pirates on match days, cherishing memories of his own playing days, including when on occasions he came up against the best.

Now, having mentioned Colin’s rugby involvement as a player, a coach, a referee, and a supporter, we must highlight that his rugby roots actually go back prior to the Second World War. His father Alfred, a builder, played for Newlyn RFC in the 1920s, and Colin, aged four, was a mascot for the club in 1938-39. Indeed, we not only have on file a wonderful photo of him pictured with the side at Newlyn’s St. Goulder field, but in 2011 Colin also kindly presented us with the treasured pair of boots that he wore, made of leather with three nails securing each stud. 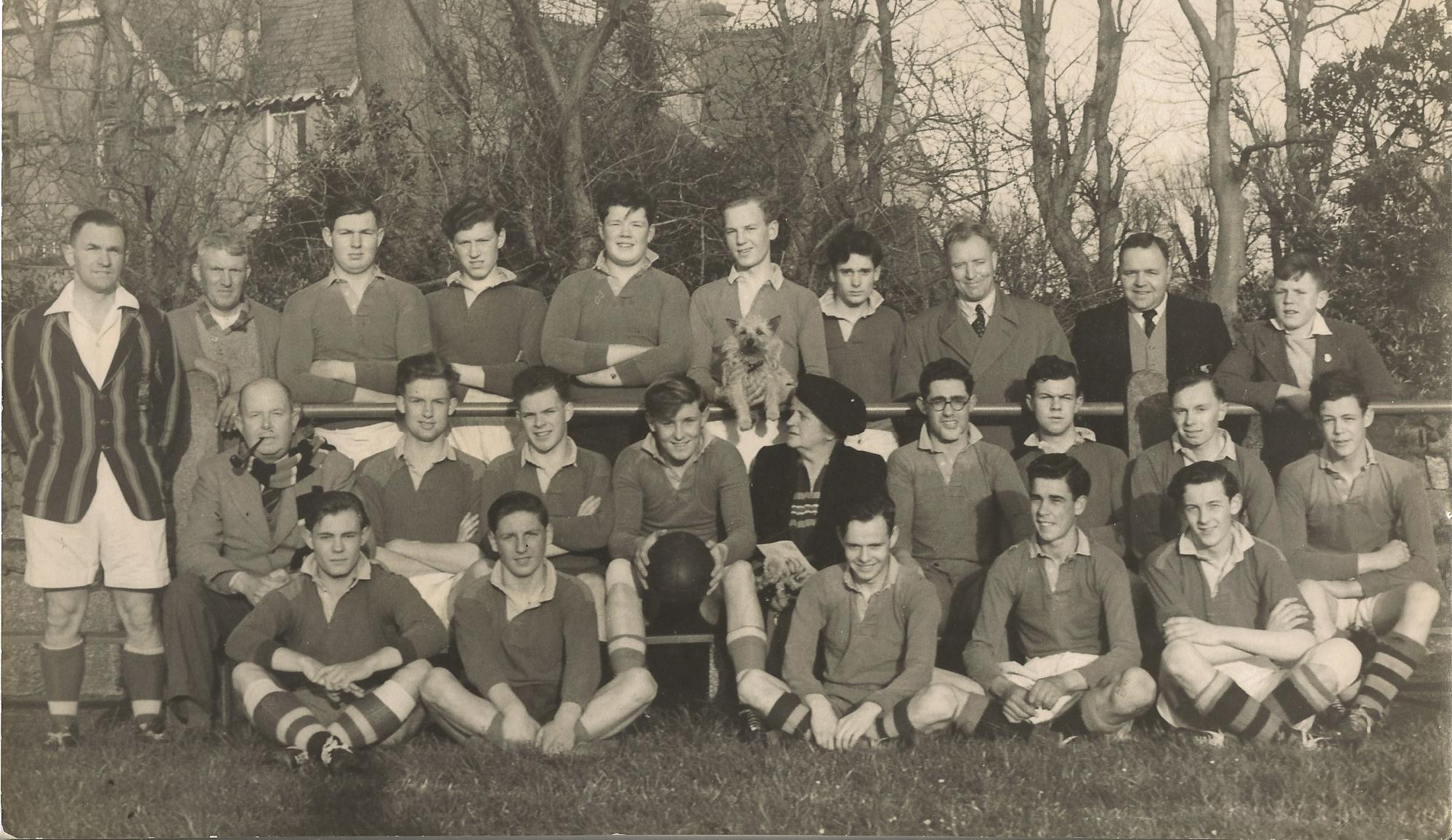 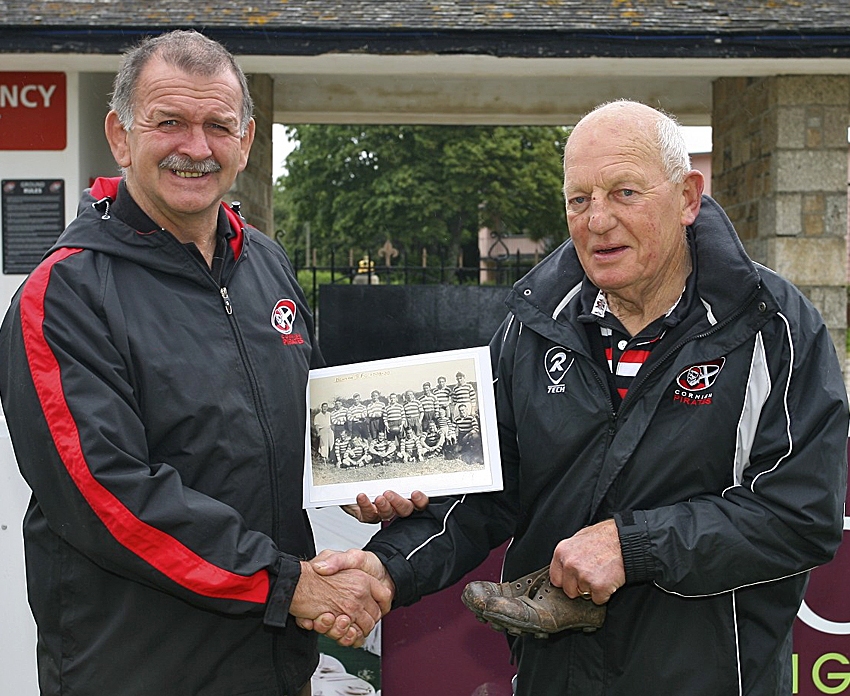