The rugby successes achieved in recent years by Jack Nowell and Luke Cowan-Dickie have undoubtedly raised aspiration levels for many young rugby players in Cornwall and beyond.

This has been highlighted again in the past couple of weeks when the England pair, who started their rugby careers as youngsters in the Penzance & Newlyn RFC’s Youth Section, played not only leading roles in Exeter Chiefs securing their first ever European Heineken Champions Cup final win when beating Racing 92 (31-27) at Bristol, but also followed that up last Saturday with their Gallagher Premiership Trophy victory (19-13) against Wasps at a rain-soaked Twickenham.

On Sunday morning following the Chiefs Premiership final win, the Pirates under 12s held their latest weekly training session on the Mennaye Nurseries Field, Penzance. Numbering about 20, the group displayed skill and usual enthusiasm, with the memory of the Exeter team’s achievement very much fresh in minds.

Taking the opportunity to visit Penzance to not only film some training but also to speak to players and coaches were ITV West Country representatives Steve Hardy (reporter) and Russell Thomas (cameraman).

Pirates’ under 12s team members Billy and Alfie both said that they have found it “inspirational and amazing” to watch Jack and Luke, feeling they are glowing examples that if you work and try hard enough then anyone can not only aspire but also achieve, perhaps to become Premiership players and internationals, and even play in a World Cup!

The success achieved by players like Jack and Luke is tremendously inspiring, and especially because they went to the same primary schools and secondary schools as some our aspiring young players. 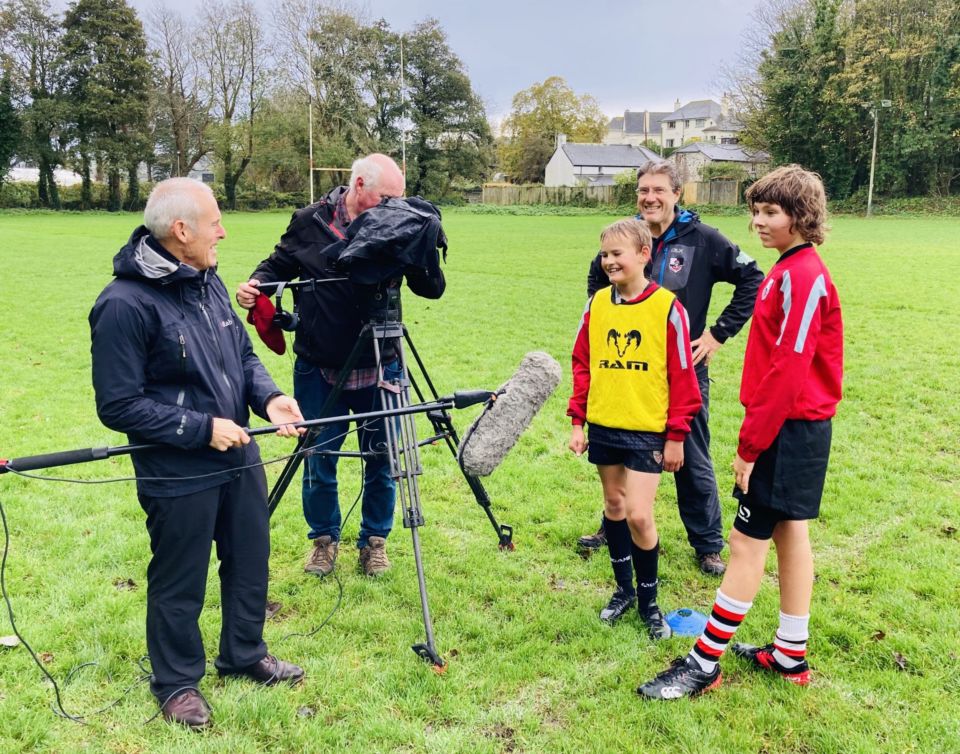 ITV’s Steve and Russell are pictured with Billy and Alfie and their head coach Euan McNeill – Photo credit: Phil Westren