Cornish Pirates / Another Night of Celebration!

Another Night of Celebration!

Another Night of Celebration!

To end their rugby year the Cornish Pirates gathered at the Penventon Hotel, Redruth, on Sunday evening for another very well-attended and much enjoyed End of Season Dinner-Awards event.

This was also a night of worthy celebration once more, with MC for the evening, Phil Westren, firstly welcoming all present and, at the meal’s end, bestowing deserved words of praise to various award winners. He also expressed admiration for the efforts made by the club coaches, a small squad of players, and the backroom staff during the season. Robyn Ashurst was also thanked for organising the successful evening’s event.

Presentations/Awards made were as follows:

‘Tribute’ April Player of the Month – St. Austell Brewery were thanked for sponsoring this competition for a third year. Gavin Cattle presented the award to a young player who had certainly taken the chances presented him. A Cornish full-back/wing, aged just 19, who also scored a couple of cracking tries in the month, the winner was – AJ Cant.

Community Player of The Year – As has been previously well documented, the Cornish Pirates take their community role seriously and they continue to provide quite considerable, and indeed growing input, with thanks due the club’s Community Engagement Manager Sam Teasdale plus others, including Jack Richards.

This year’s winner has unfortunately been injured for a second season running, however he has always been enthusiastically keen to put his hand up to offer help when needed and he has also been both the club’s Facebook match coverage commentator and leading programme contributor. Chris Morgan presented the award, which for a second year running, went to also recently crowned ‘Clubman of the Year’ – Tom Channon.

Monckton Cup for Achievement – This trophy is presented in memory of Bill and Brian Monckton. A father-son combination who were both former players, they served on the committee and also became respected officers of the club – Bill, a former captain, becoming Chairman and then President, and Brian in later years also becoming Chairman.

With reference to this year’s winner, through BBC Radio Cornwall, Gavin Cattle and Phil Westren some weeks ago linked the recording of certain snips on the subject of ‘Chase Your Dreams’. Gavin highlighted that dreams really can come true, as was the case this season not only because one squad member recently played for Stade Toulousain but because he also in November started for Fiji against France. Better still, not only did this proud Cornishman play opposite French skipper Guilhem Guirado at the Stade de France, but Fiji also recorded a first ever win, 21-14, against ‘Les Bleues’.

The recipient-to-be is presently in Toulouse, so in his absence Gavin presented the trophy to Alan Paver who received it, of course, on behalf of – Sam Matavesi.
(A video recording displayed on a big screen showed Sam’s delighted reaction).

Sportsman of The Year – To be considered a true sportsman is something to be very much proud of, and this year’s winner is again very worthy. This award was presented by Chris Morgan to a player who has been an epitome of a good sportsman during his four seasons with the Pirates. A quietly efficient performer, the winner was – Will Cargill.

Most Improved Player – There have been several very good candidates in the squad, however this chosen person is someone very worthy. He made three appearances for the Pirates last year and also gained important development time at Redruth, where he has again featured this season. For the Pirates he has played in 14 games in 2018/19 and scored four tries, looking quite at home playing at Championship level. Given a second call up on the night, Alan Paver presented the award to – AJ Cant.

Try of The Season –Supporters have been fortunate again this season to have witnessed some great tries scored. Analyst Chris Price set up a display of seven runners-up and then the top three – 3rd choice – 2nd choice – and finally 1st choice. And the winner? For a try scored against Bedford Blues, Chris Morgan presented the award to – Alex O’Meara.

Player of the Year – The first winner back in 1986 was Jamie Dean and last year it went to Kyle Moyle. As for the winner in 2019, this particular performer was enjoying a super season, featuring in 24 games and scoring 16 tries in all games before being cruelly injured at the end of February. Gavin Cattle, for a second year running, presented the award to – Kyle Moyle.

Players’ Player of The Year – The trophy for this category is kindly sponsored by Kernow Model Rail Centre. It is a trophy that has special significance, recipients to be justly proud when recognised in such a way by team colleagues. Dave Ward was the first winner in 2010 and Alex Day received it last year. As for 2019, club captain Brett Beukeboom stepped forward to say a few words, announce and present the award to – Matt Bolwell.

Extra Awards – Matt Evans was next asked to step forward to announce the names of certain players who will be leaving the club, with thanks expressed to each for the contributions they had made as Pirates, with engraved glass tankards then presented. The list of leavers to whom engraved glass tankards were presented comprised Jake Ashby, Nodar Cheishvili, Tom Concu, Alex Day, Toby Freeman, Tyler Gendall, Dan Koster, Dan Lee, and Javier Rojas Alvarez. Alex Day was also presented with a framed shirt to recognise his time at the club, and thanks were expressed to Jack Owlett who has been dual-registered with Exeter Chiefs but will be joining Wasps and to Christian Judge who joined Saracens during the season.

Finally, before the raffle and disco commenced, Gavin Cattle concluded to sincerely thank so many people who continue to contribute to the Pirates cause, including special mention to Dicky Evans. 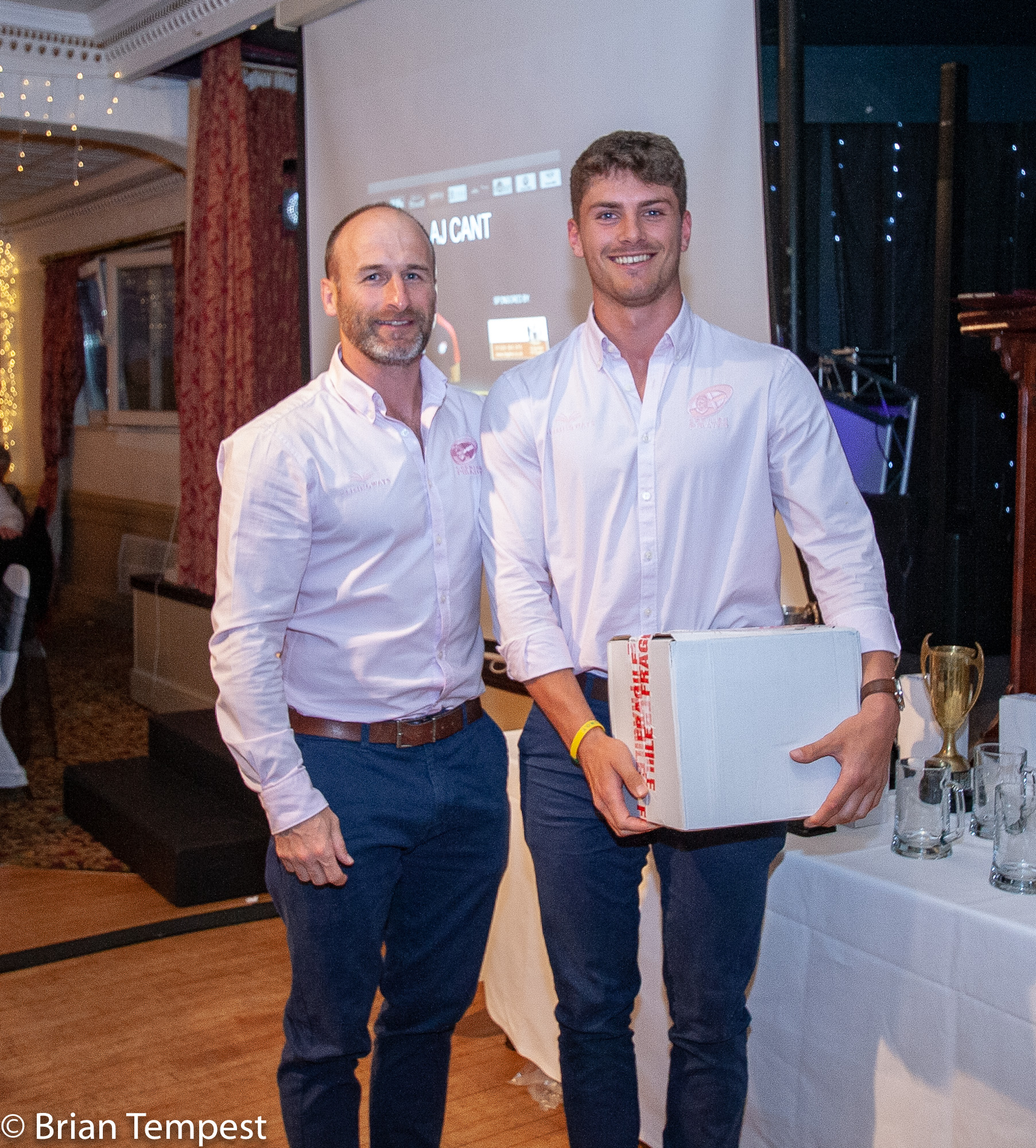 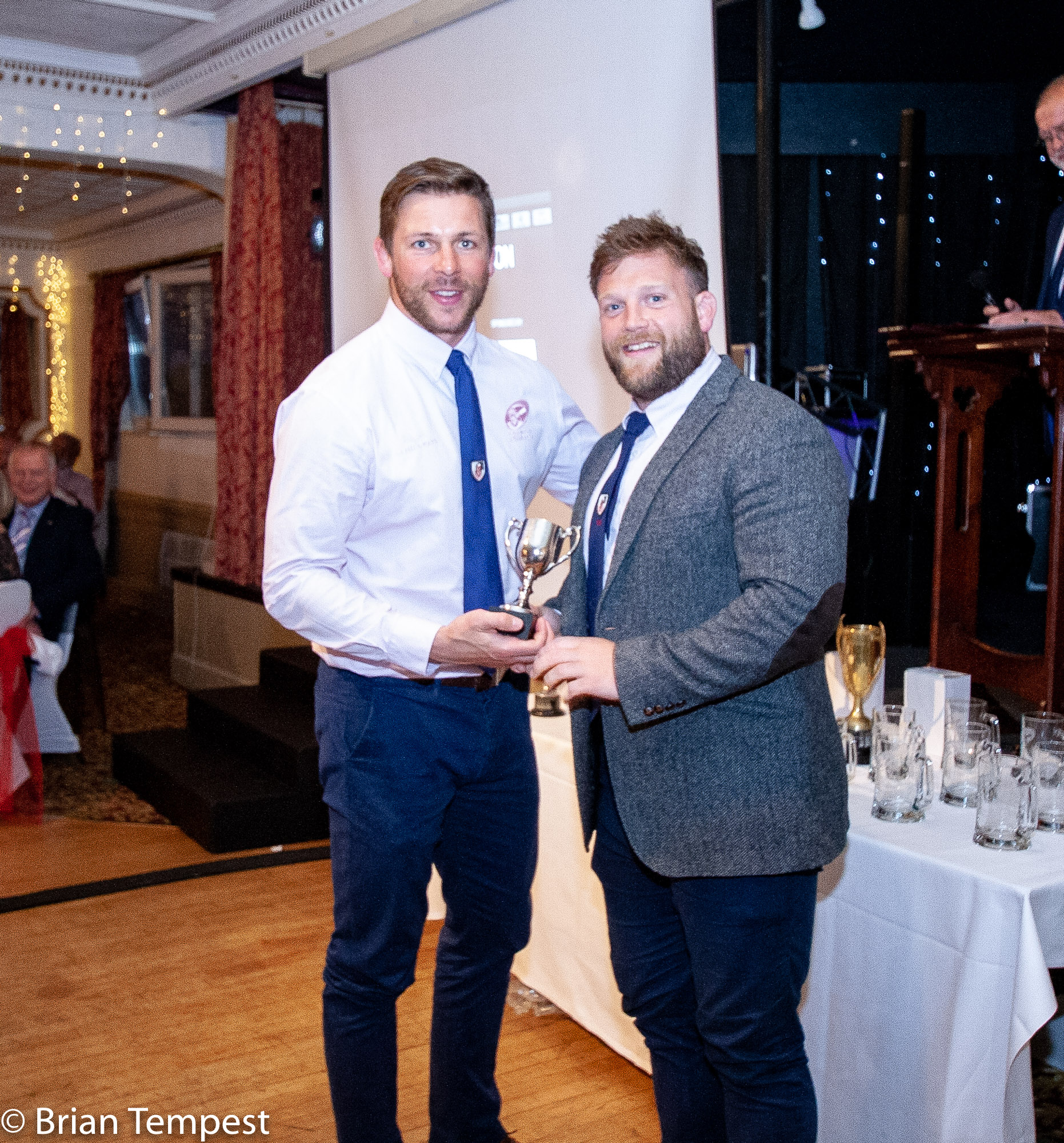 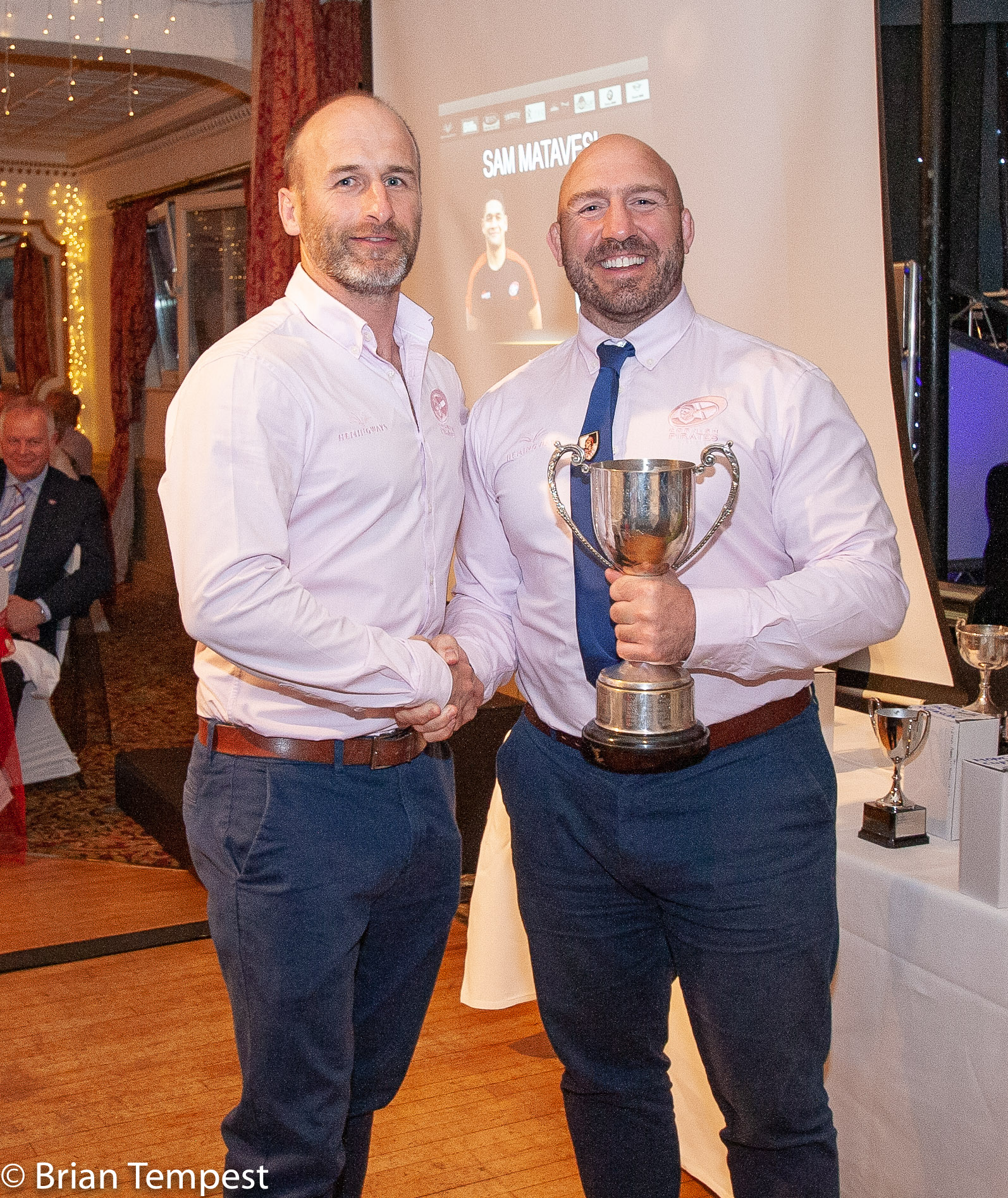 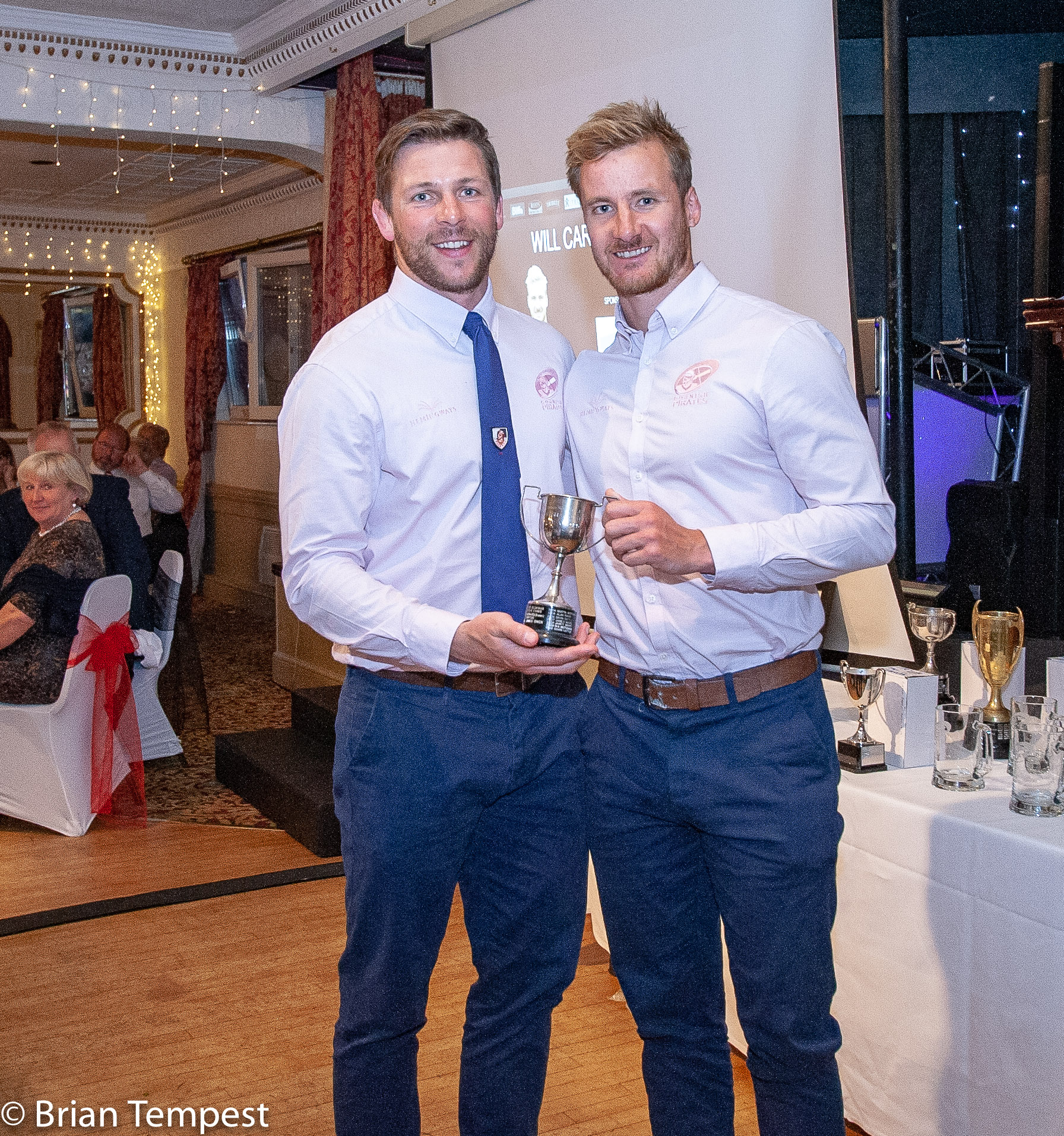 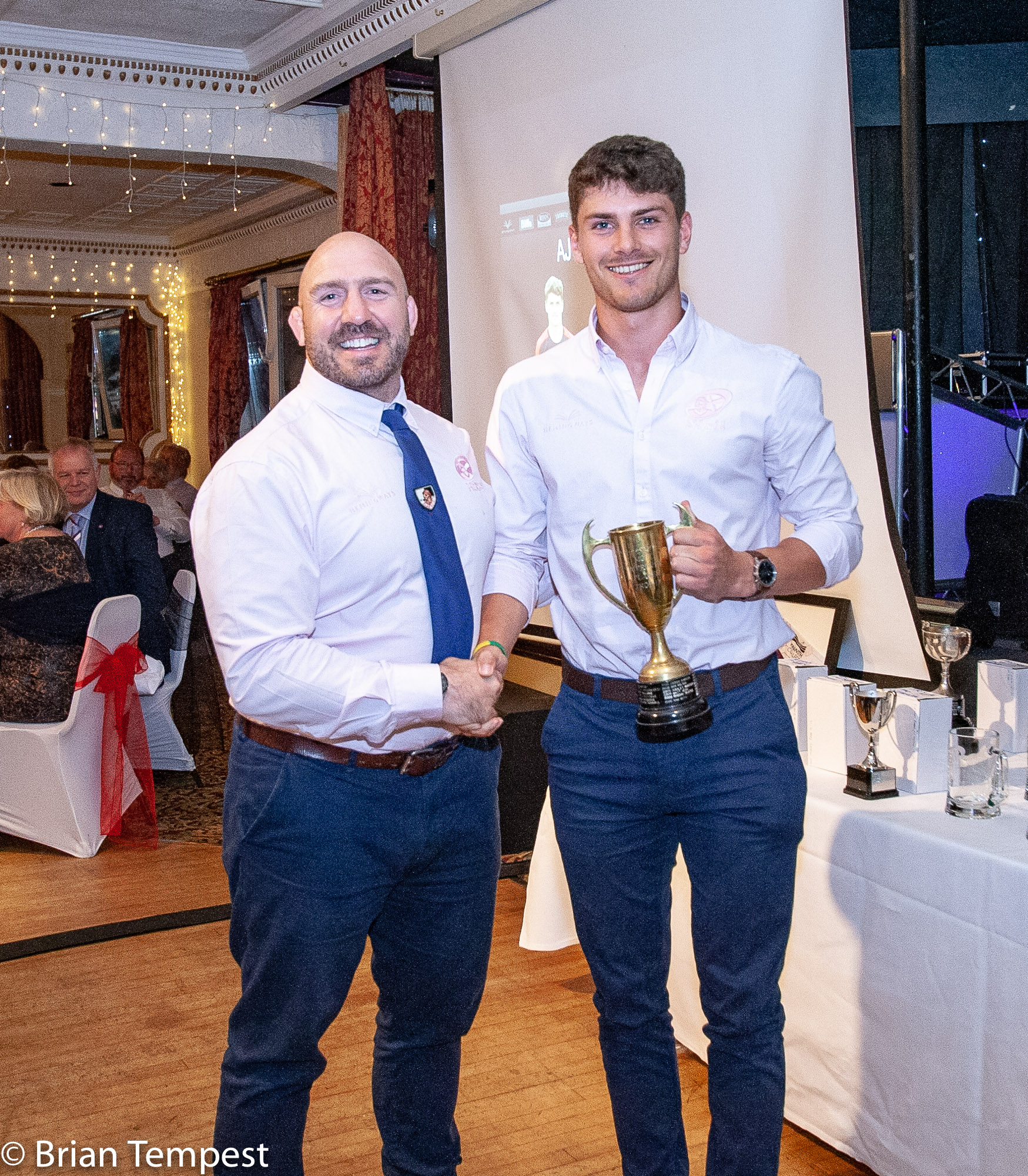 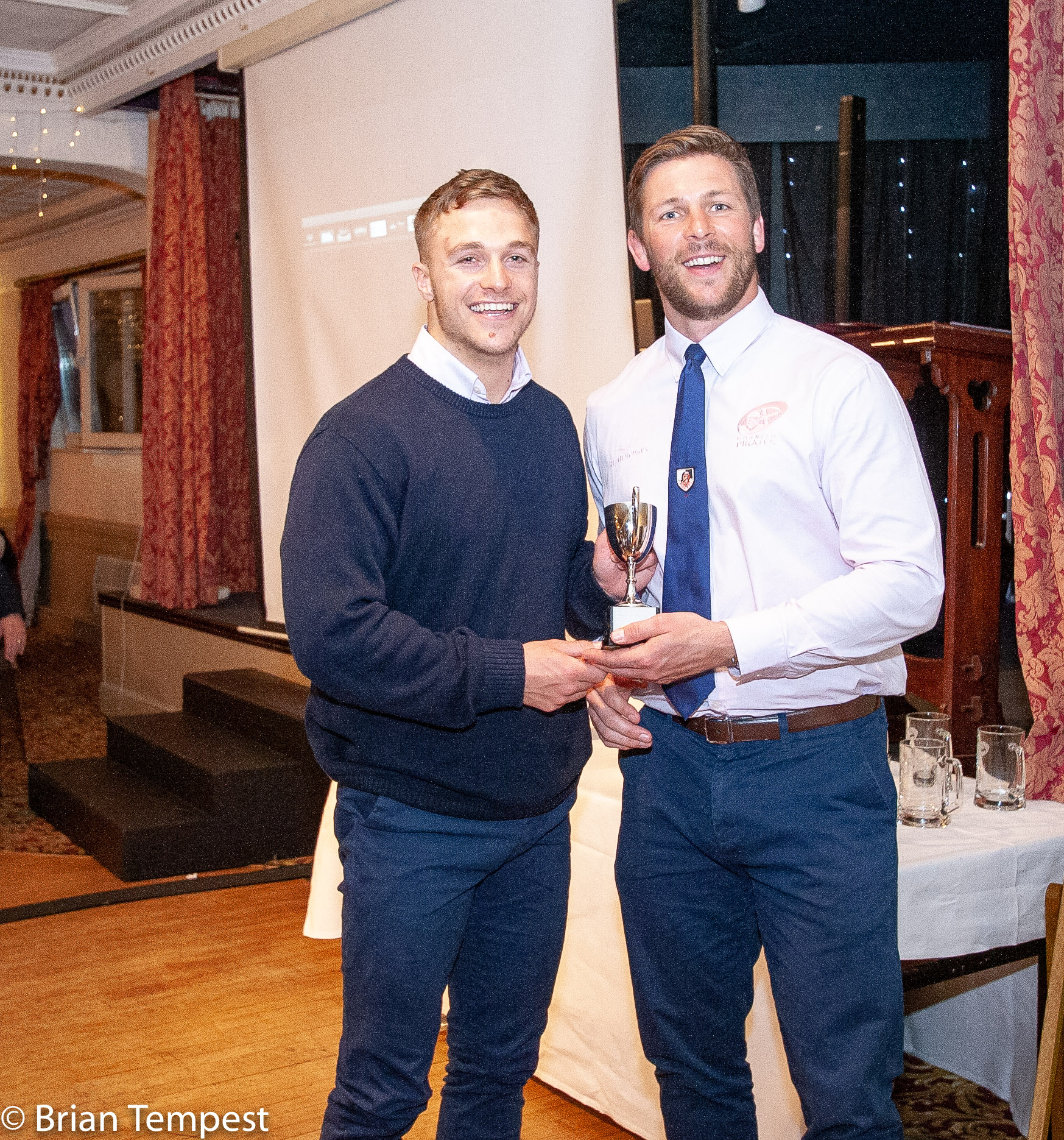 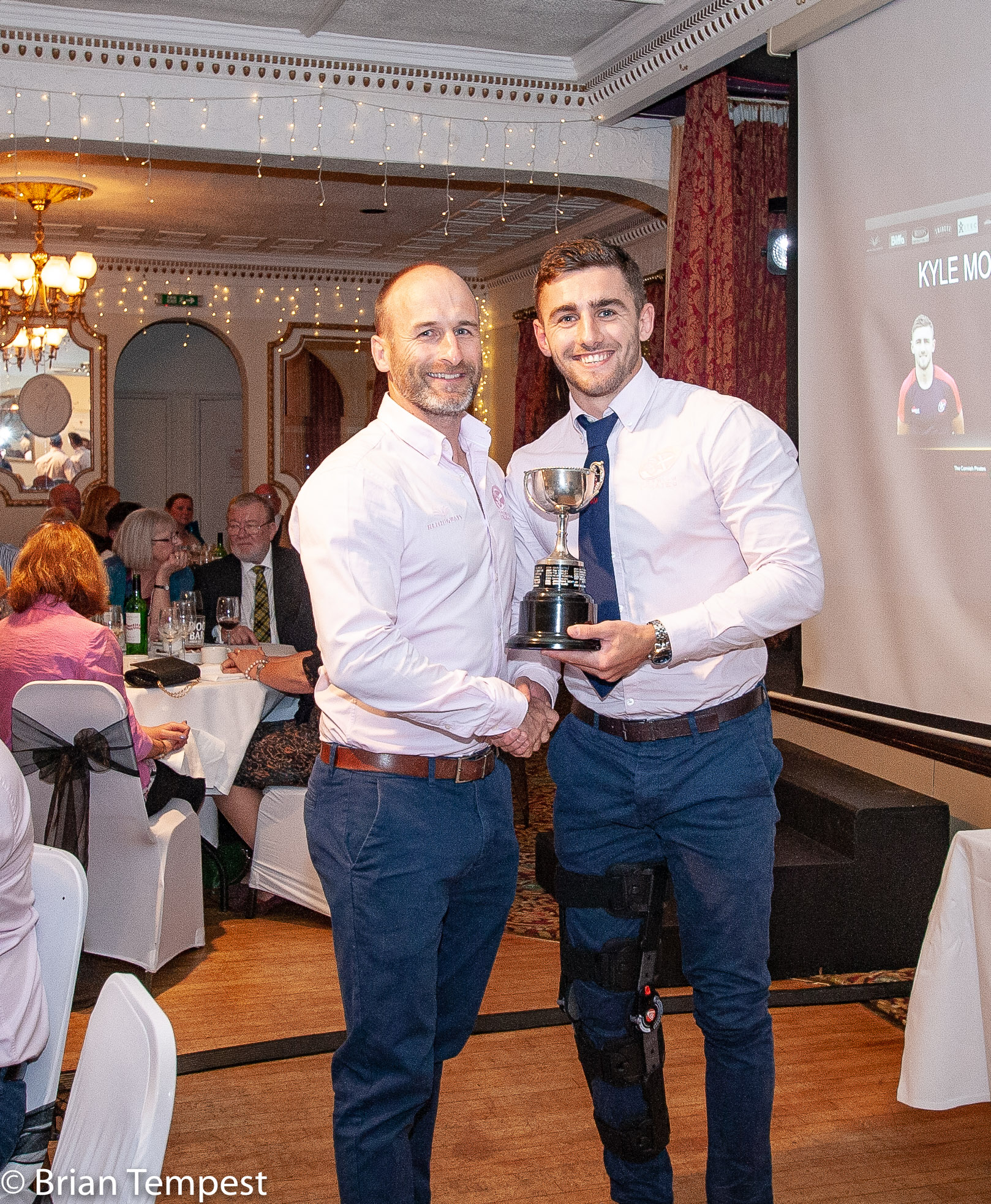 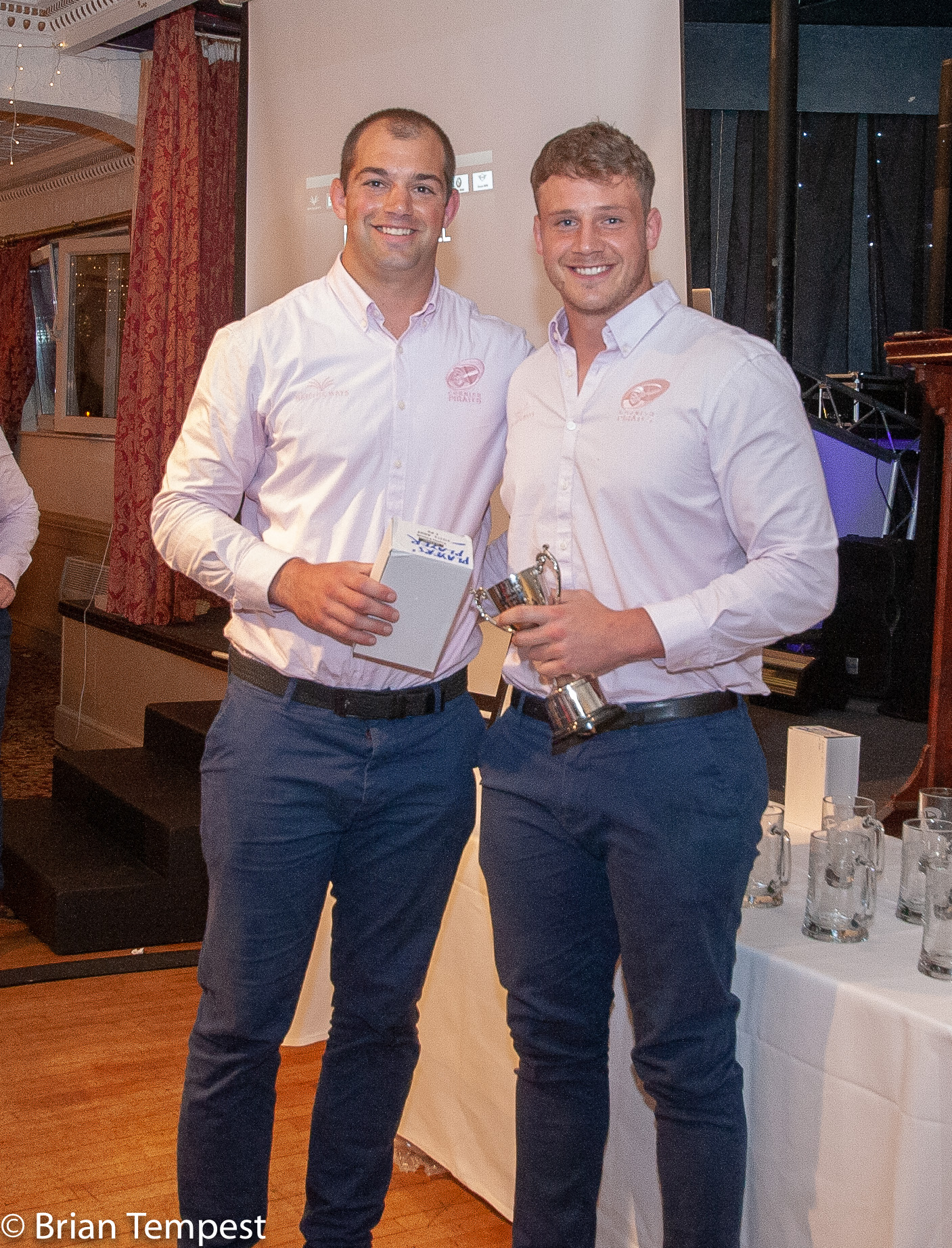 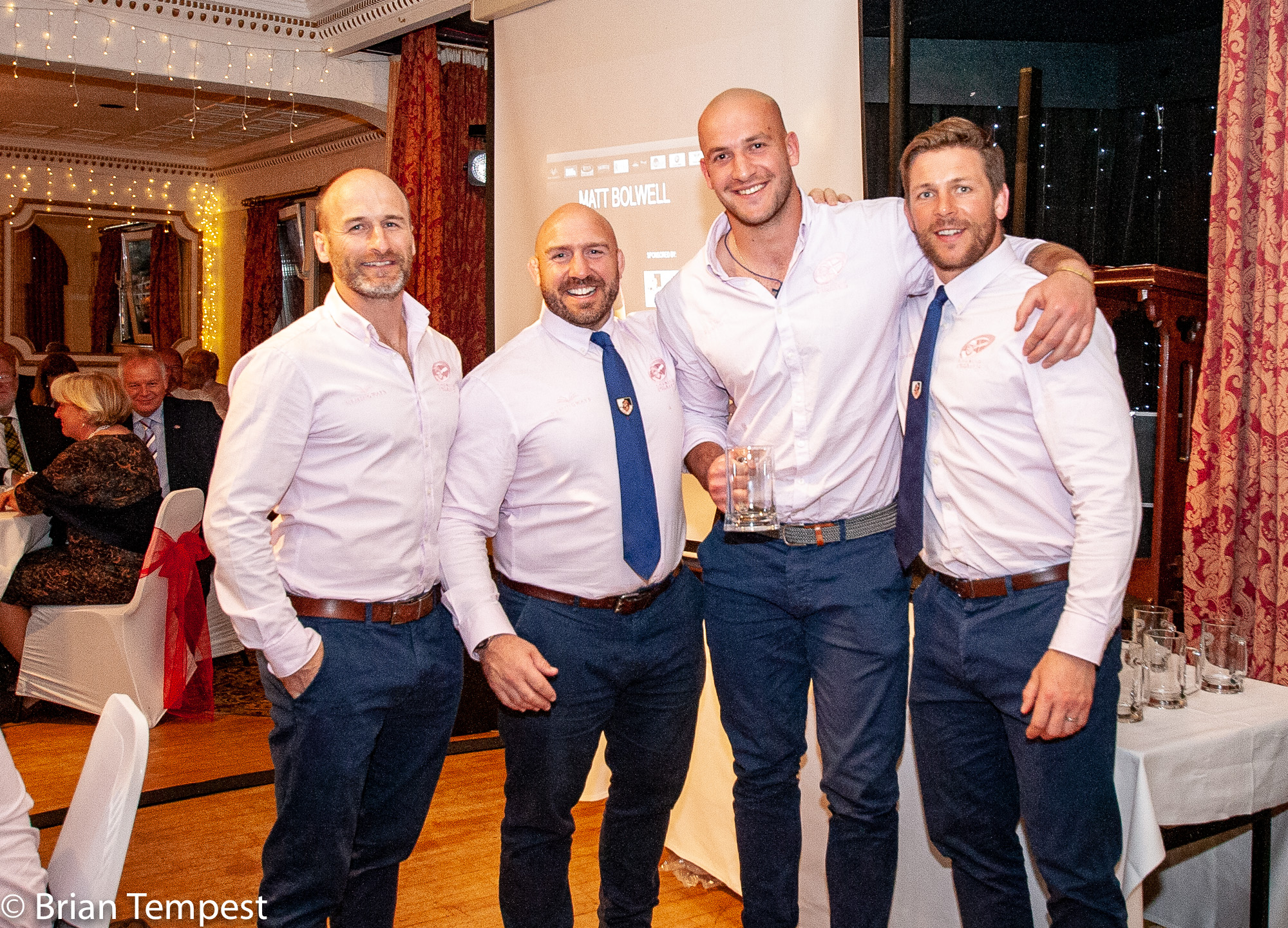 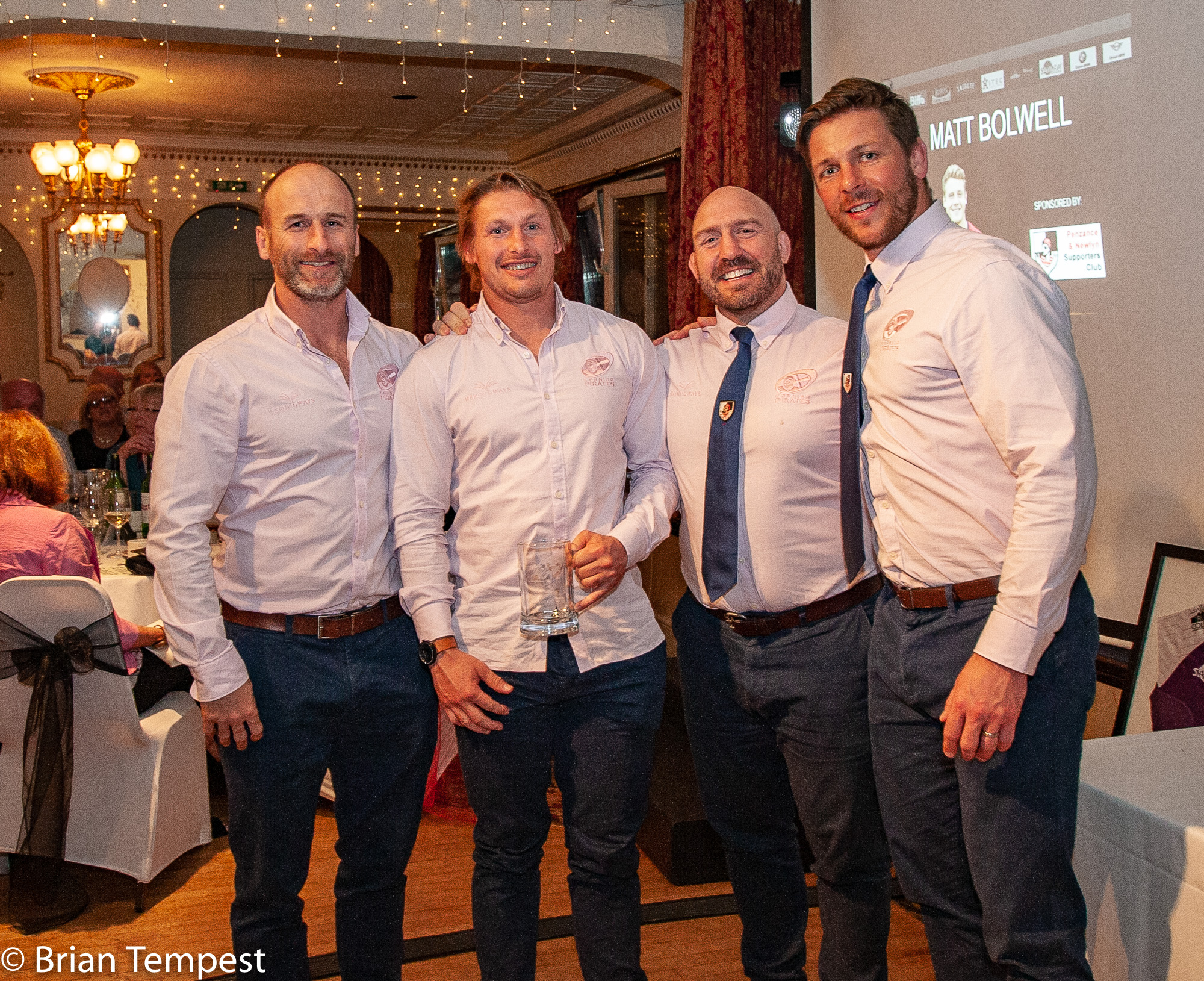 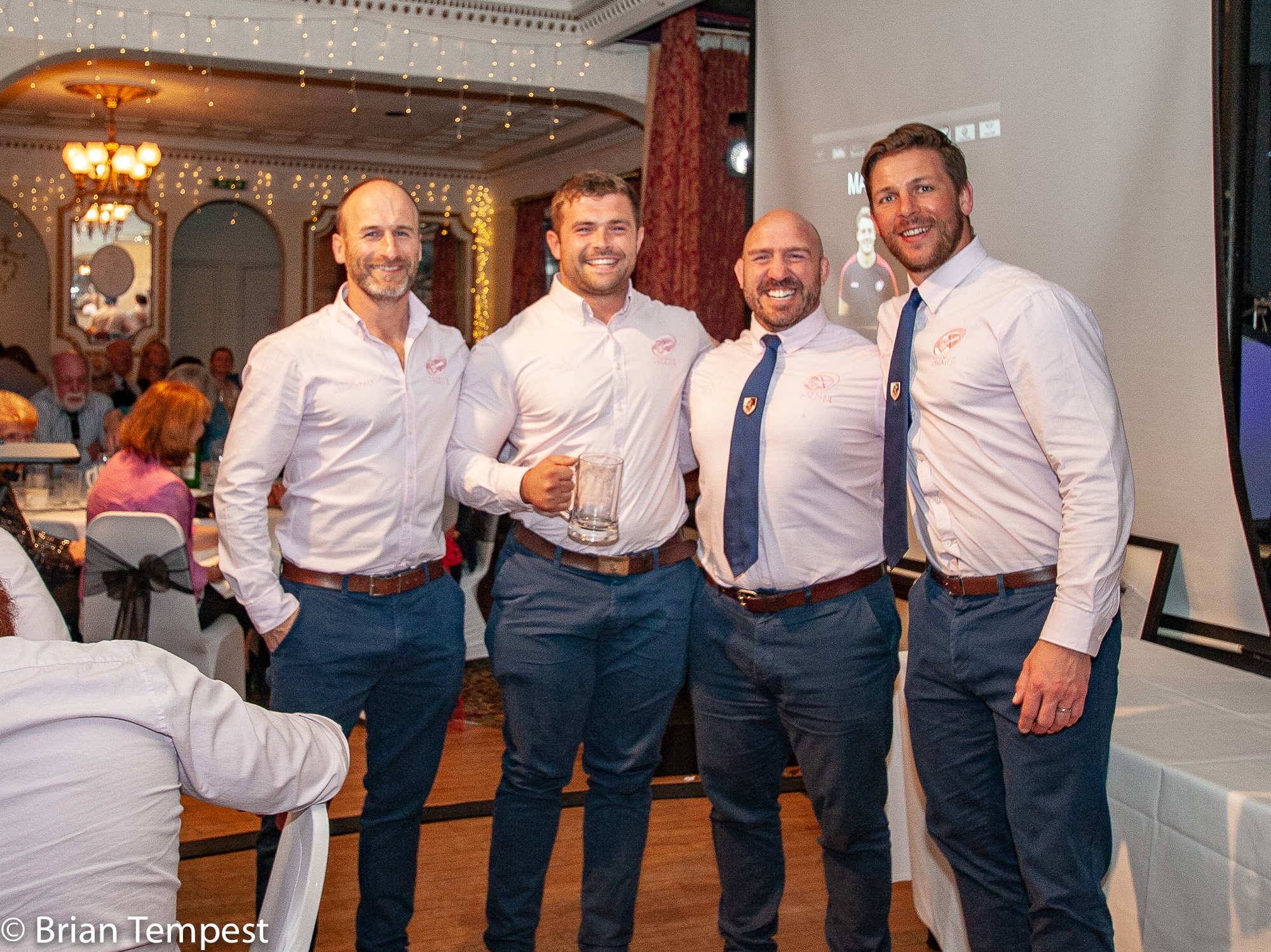 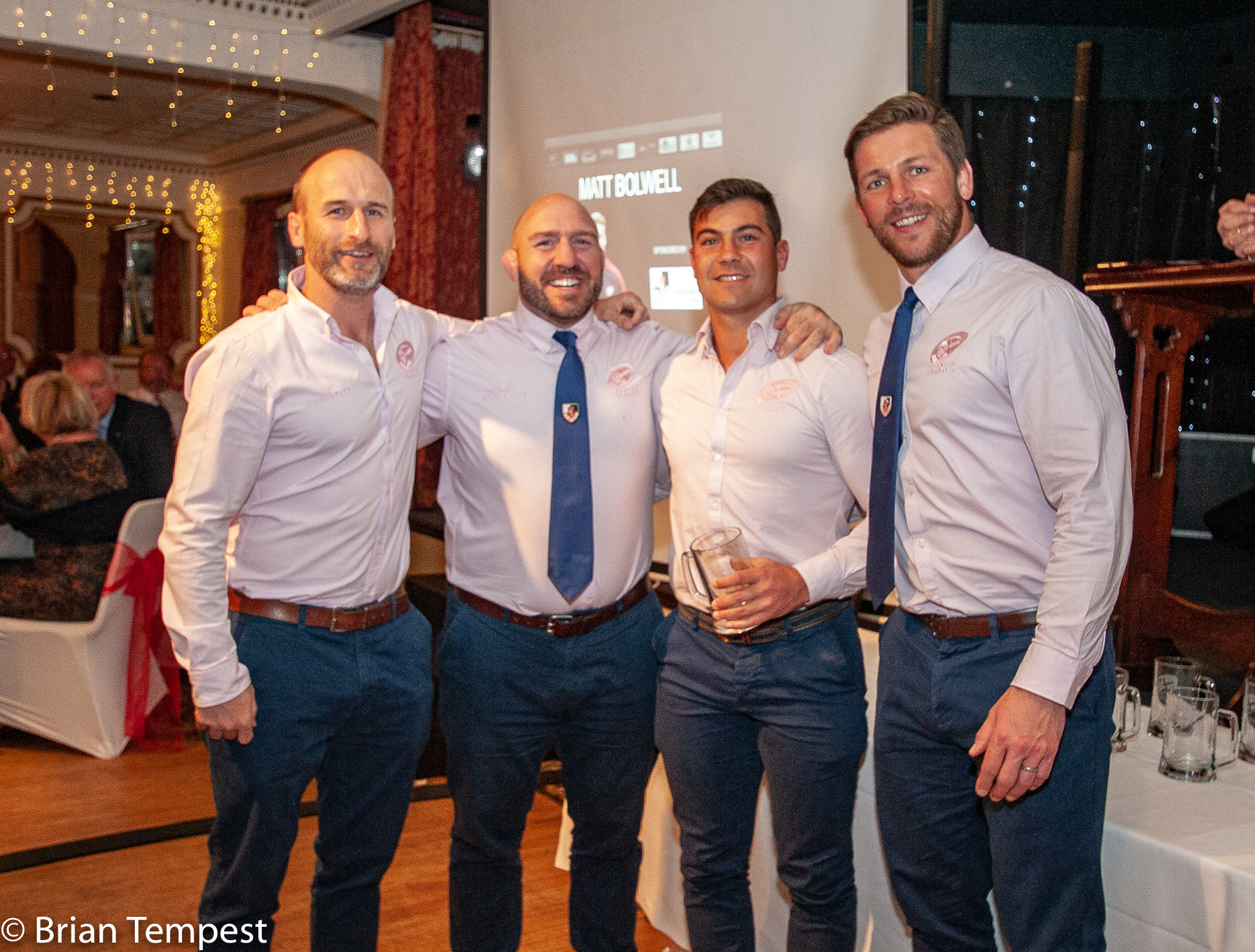 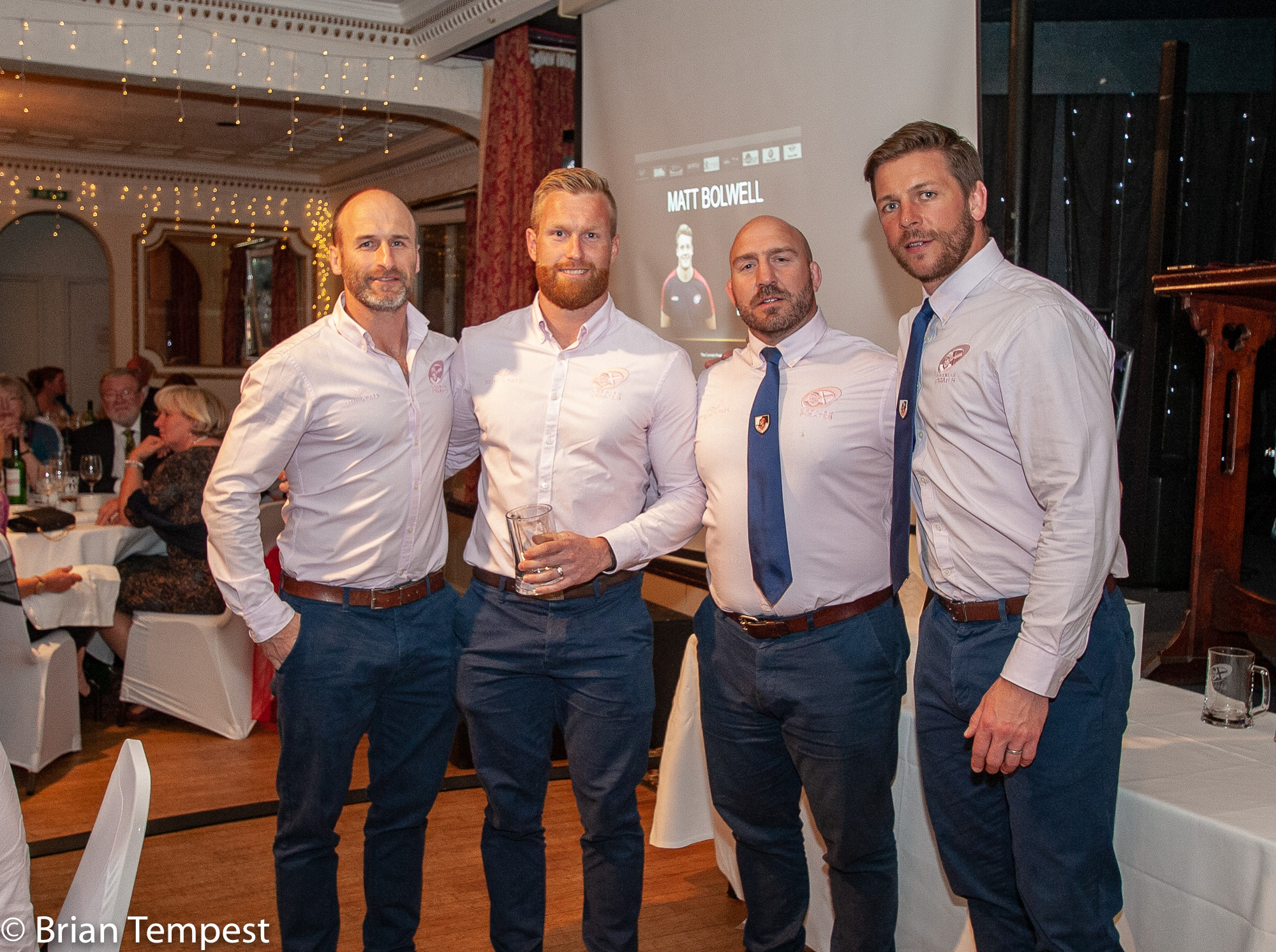 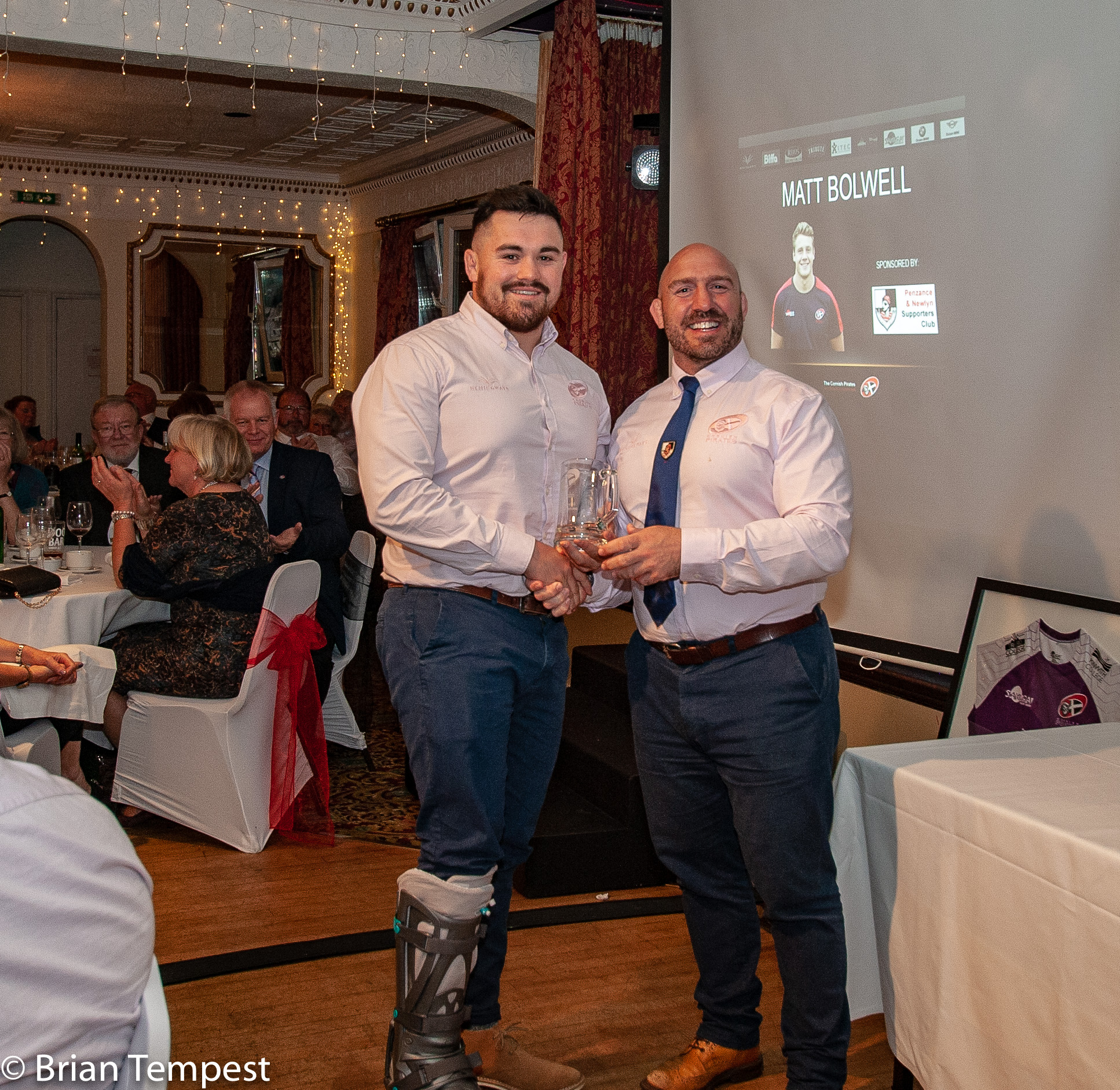 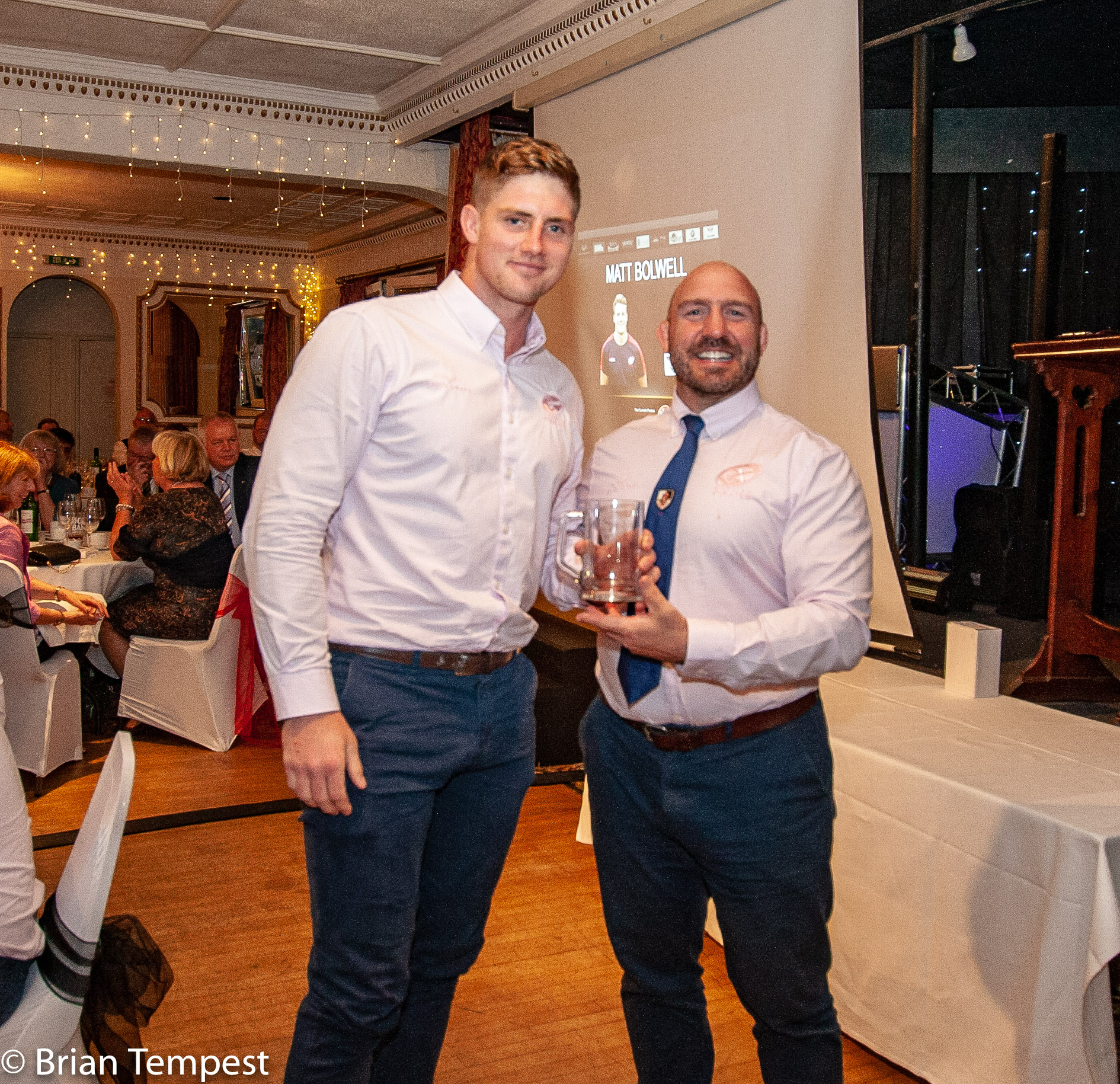 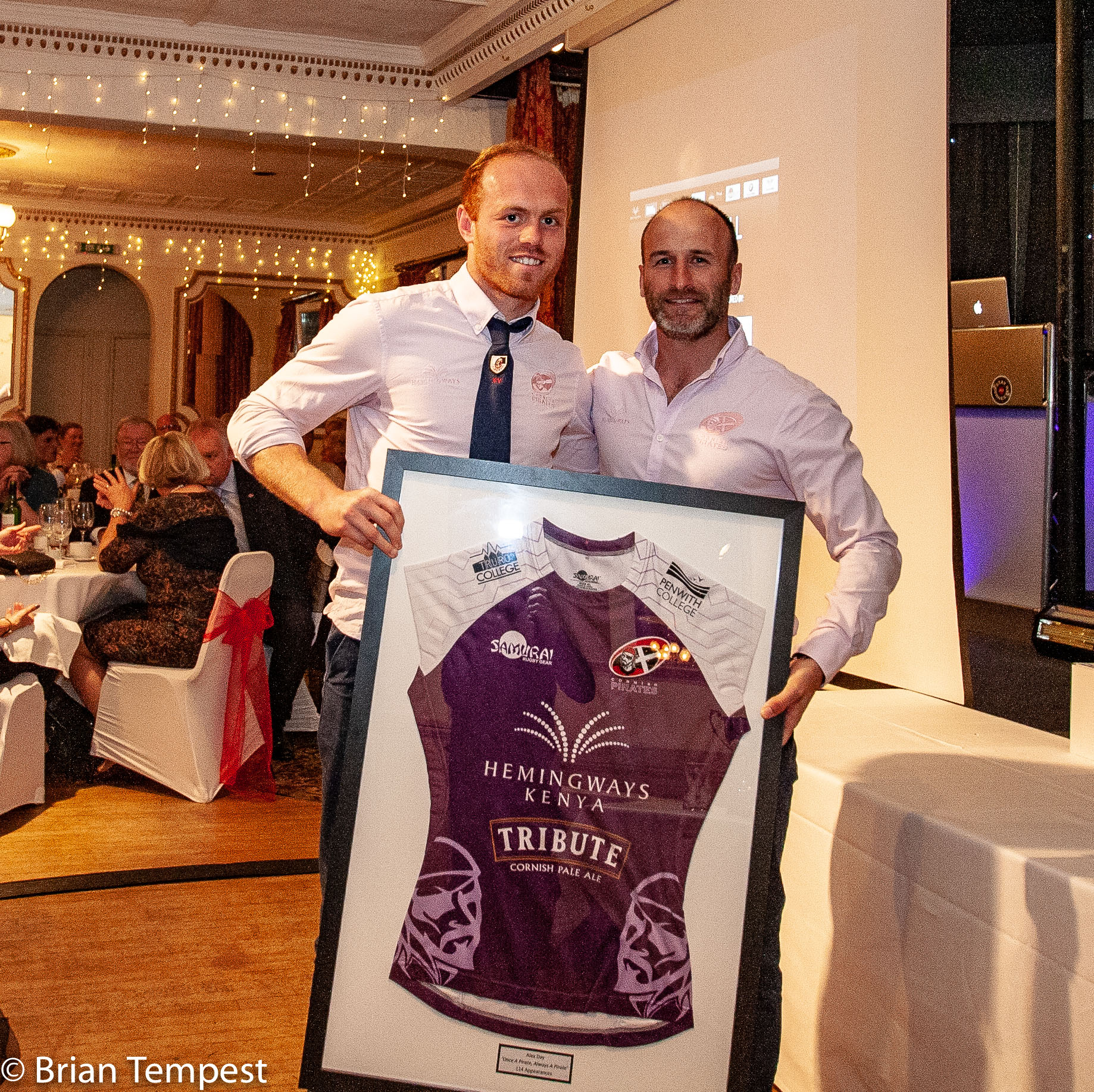