Cornish Pirates / A Night of Celebration!

A Night of Celebration!

A Night of Celebration!

To end their rugby year the Cornish Pirates gathered at the Penventon Hotel, Redruth, on Friday evening for a well-attended End of Season Dinner-Awards event.

This was a night of worthy celebration, with accolades again justly due and there no lack of applause. Also, for full-back/wing Kyle Moyle, it would prove especially memorable, as he was a triple award winner, adding to the two he had already received when certain awards were made immediately following the previous weekend’s final home game of the season.

MC for the evening, Phil Westren, welcomed all present at the occasion and at the meal’s end announced the awards and invited various personnel to make the presentations. He thanked Robyn Ashurst for organising the event and also expressed admiration to the club coaches and a small squad whose achievements fully deserved the praise bestowed on them.

Presentations/Awards made were as follows:

‘Tribute’ April Player of the Month – St. Austell Brewery were thanked for sponsoring this competition a second year. April nominees were Nicolas De Battista, Kyle Moyle, Christian Judge, and Brett Beukeboom. Strength & Conditioning coach Greg Sammons was invited to present the award, which he made to – Kyle Moyle.

Coaches Gavin Cattle and Alan Paver were next called up to present the following Annual Awards:

Community Player of The Year – As has been previously well documented, the Cornish Pirates take their community role seriously and they continue to provide quite considerable, and indeed growing input. This year’s winner, although unfortunately out injured for much of the season, has always been enthusiastically keen to put his hand up and offer to help when called for – the award went to – Tom Channon.

Monckton Cup for Achievement – This trophy is presented in memory of Bill and Brian Monckton. A father-son combination who were both former players, they served on the committee and each became respected officers of the club – Bill, a former captain, becoming Chairman and then President, and Brian in later years also becoming Chairman. Alan and Gavin were last year’s winners, who presented the award this year to a player who scored 12 tries in the Championship during the season – Kyle Moyle.

Sportsman of The Year – Mike Toms was the first winner back in 1988, and last year’s winner was Jake Parker. To be considered a good sportsman is something to be proud of, and the winner this year was again very worthy – a fully competitive and inspirational on-field performer but also someone who displays true sporting values – Nicolas De Battista.

Most Improved Player – There were several candidates for this again worthy award. However, that this year’s winner was an excellent choice there is no doubt. Frustrated with injury for a spell, but really taking his chance when back to fitness and very much coming of age, it was congratulations to – John Stevens.

Try of The Season – Supporters have been so fortunate this season to witness some great tries scored. Club analyst Chris Price kindly put together footage of the voted for nominees for everyone to enjoy viewing once more, culminating in the 3rd choice – 2nd choice – and then 1st choice. And whose try received the most votes? In a win at home against Bedford Blues in December this back-rower took the ball on halfway, filled his lungs with energy and then blasted a path that would see him score a quite superb try at the clubhouse corner. It was – Tom Lawday.

Player of the Year – Before presenting this trophy, Gavin Cattle spoke highly of the recipient, saying that he had developed into a very fine player indeed, who this season on the wing and then at full-back has really shown what he is capable of. Perhaps of no surprise, the winner declared was – Kyle Moyle.

Players’ Player of The Year – Introduced in 2010, this trophy was kindly sponsored by Kernow Model Rail Centre. Dave Ward was the first winner and Nicolas De Battista received it last year. As for 2018, club captain Chris Morgan announced the name of a scrum-half who has not only played so well but is also popular and has the respect of his fellow team members. The trophy was awarded to – Alex Day.

Players leaving – Engraved glass tankards and were then presented to certain players who were departing, with thanks also expressed to each for the contributions they had made as Pirates. The list of leavers comprised Bar Bartlett, Nicolas De Battista, Nicolas Coronel, Toby May, and Mike Pope, plus Laurence May, who in his last game had reached the 100 games milestone for the club was now presented with a framed shirt.

Two final presentations of a framed shirt and a framed photo montage were made by Alan Paver to Paul Andrew, who during the season ended his career because of injury. Alan admired Paul’s attributes from the time he first saw him, describing Paul as a big contributor on the field and a very abrasive player who will be missed.

Before the raffle and disco, Gavin Cattle concluded to thank so many people who continue to contribute to the Pirates cause, including those who have worked so hard to progress the Stadium for Cornwall – Sportva Kernow. The support of one and all, not taken for granted, is so greatly appreciated. 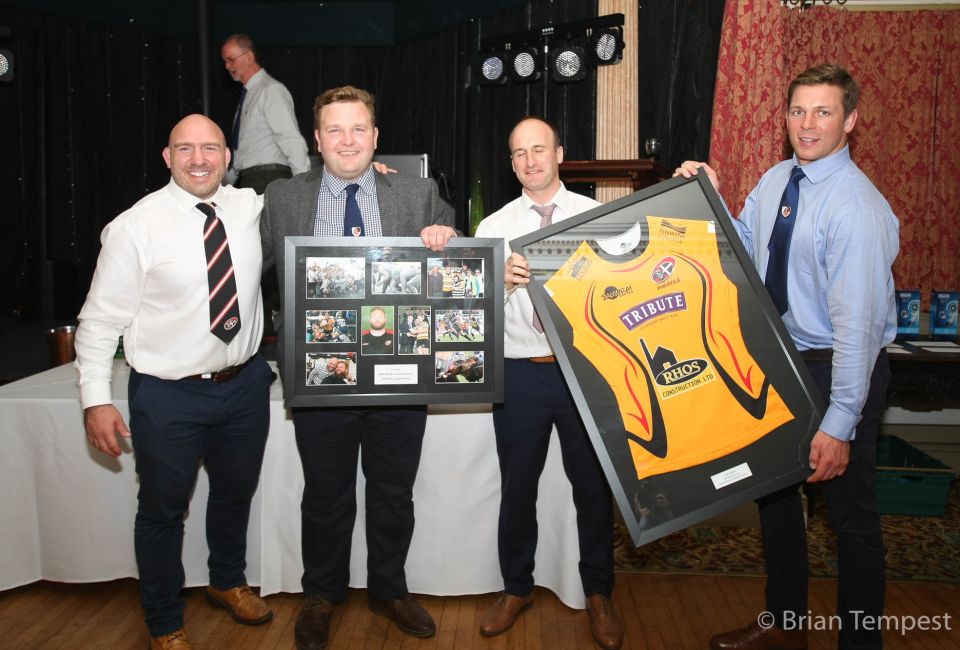 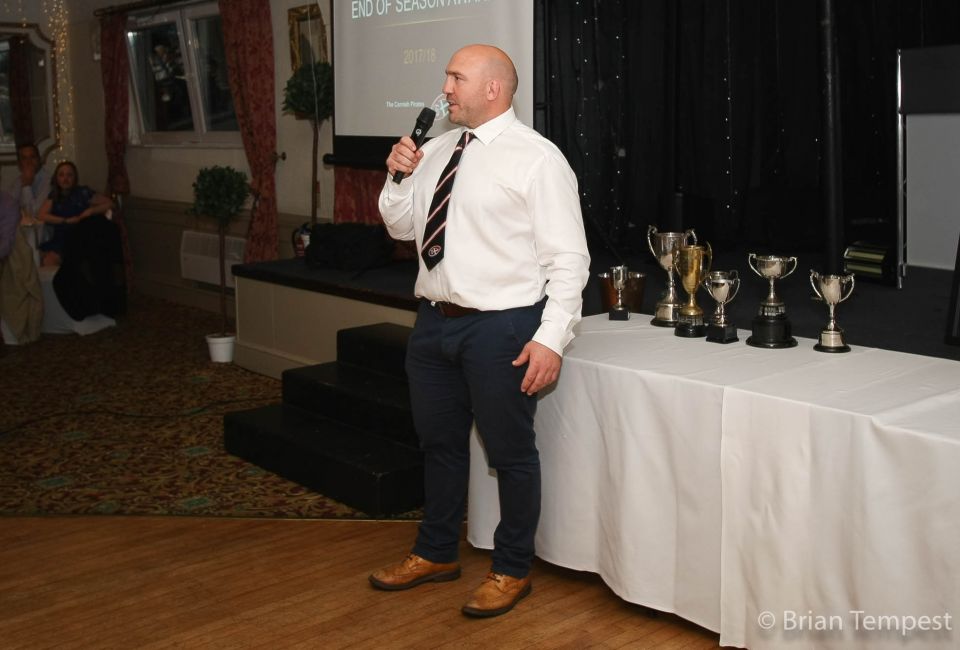 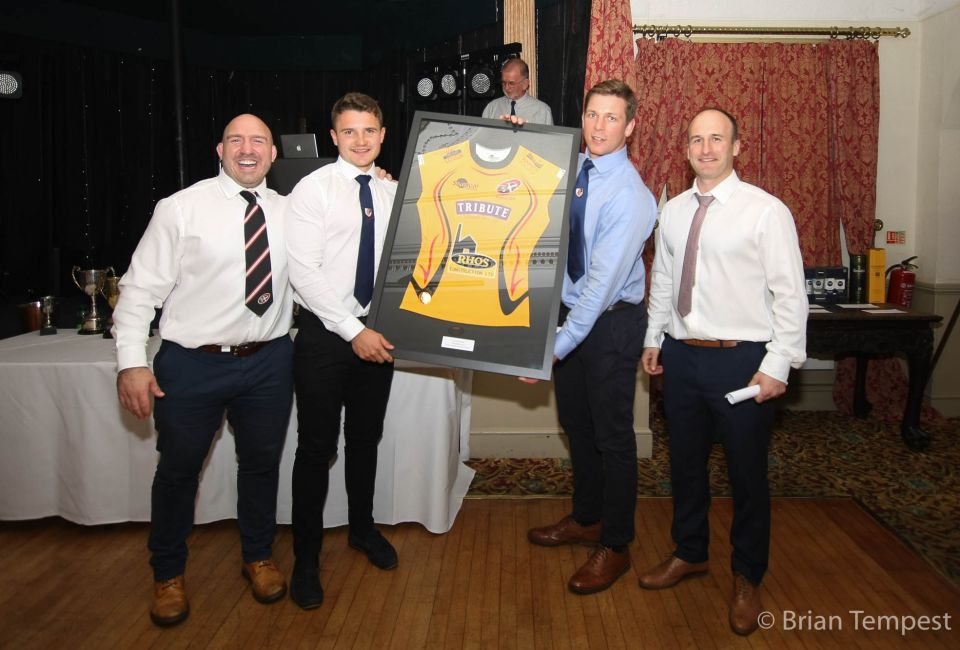 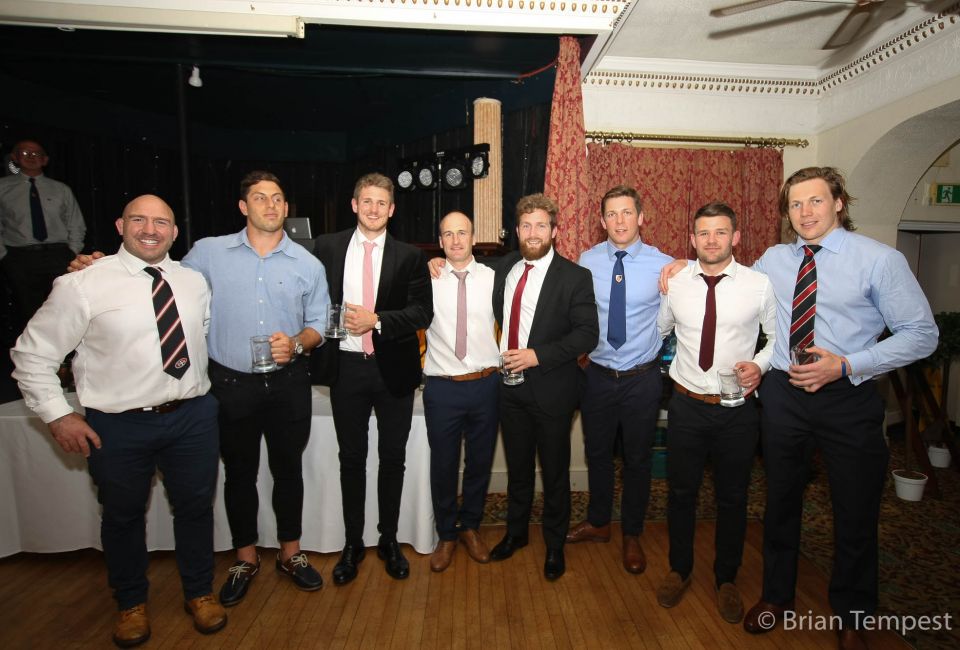 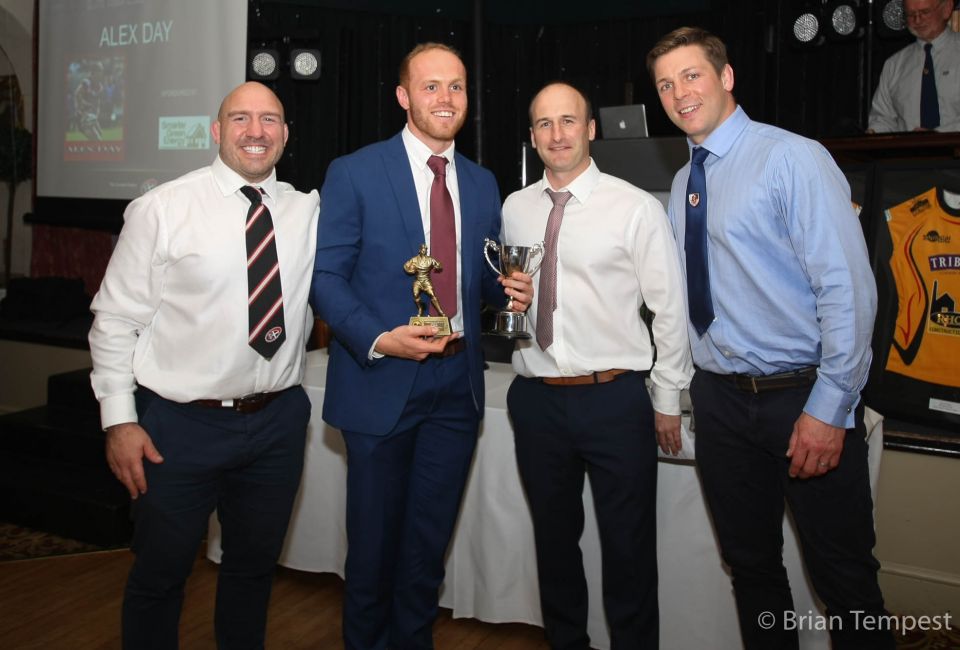 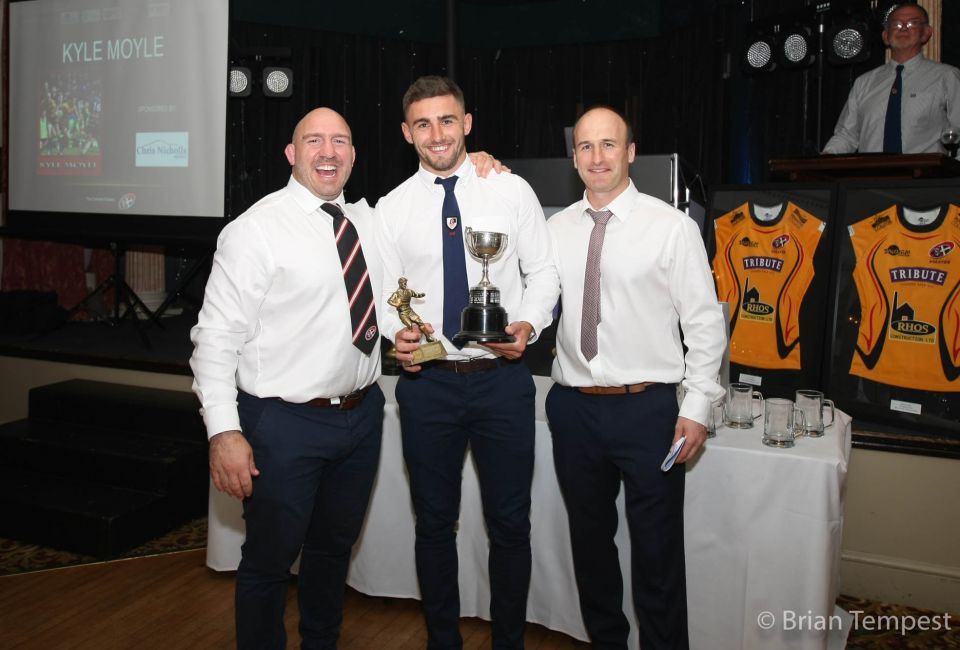 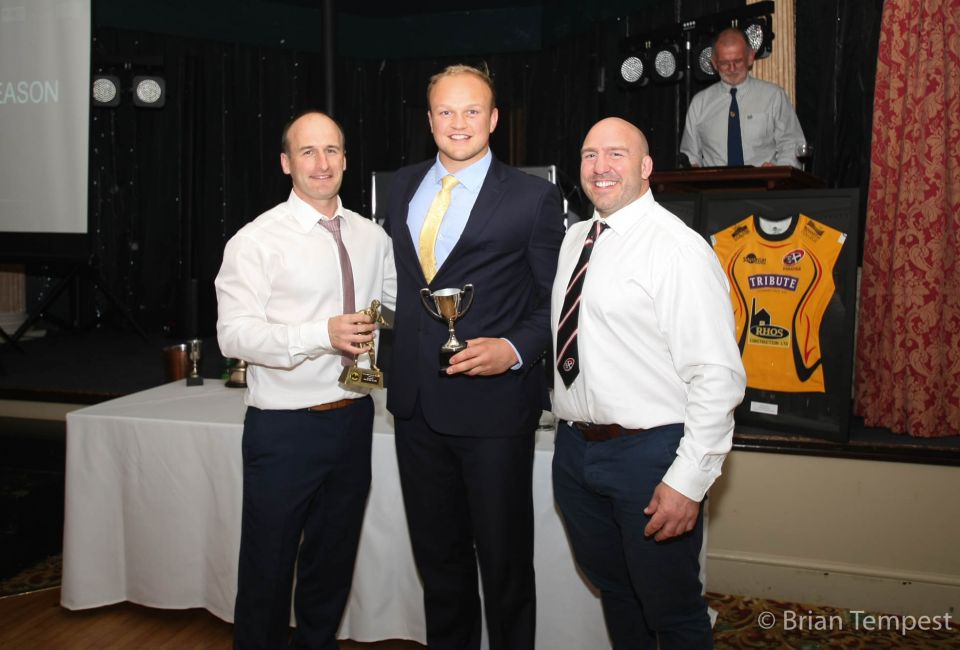 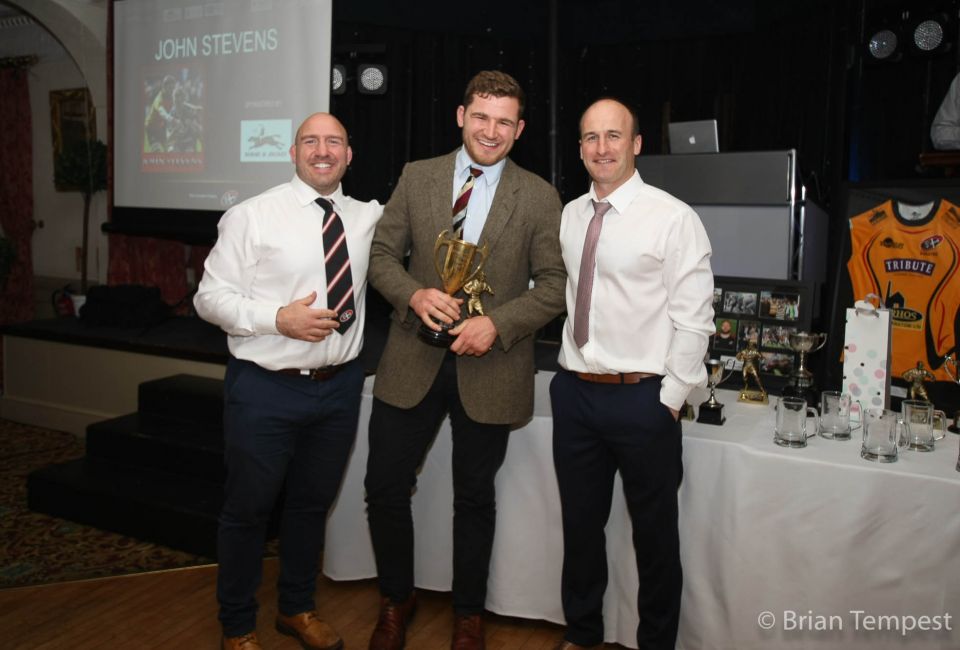 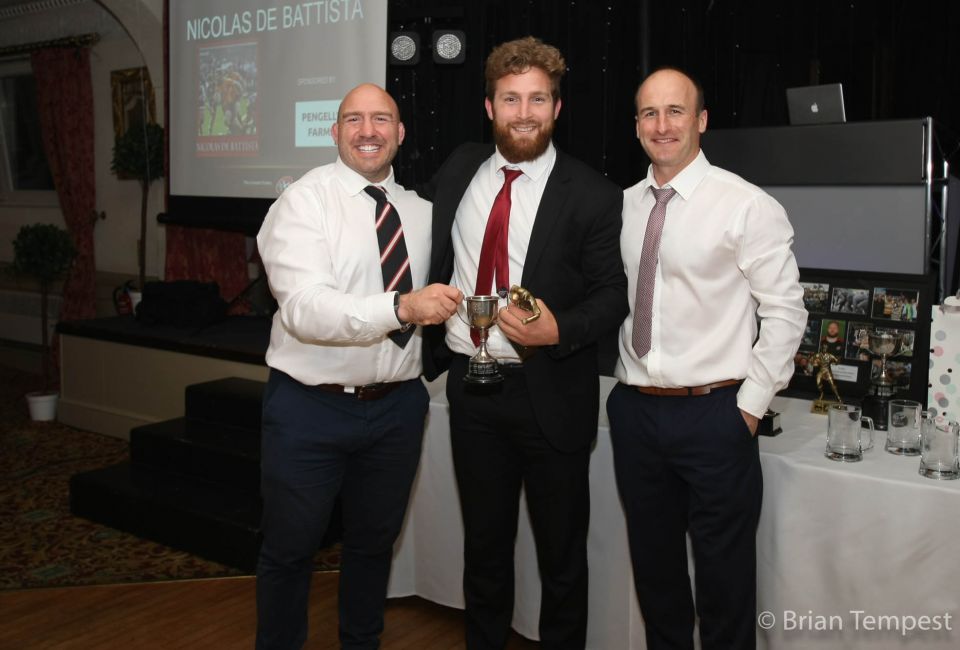 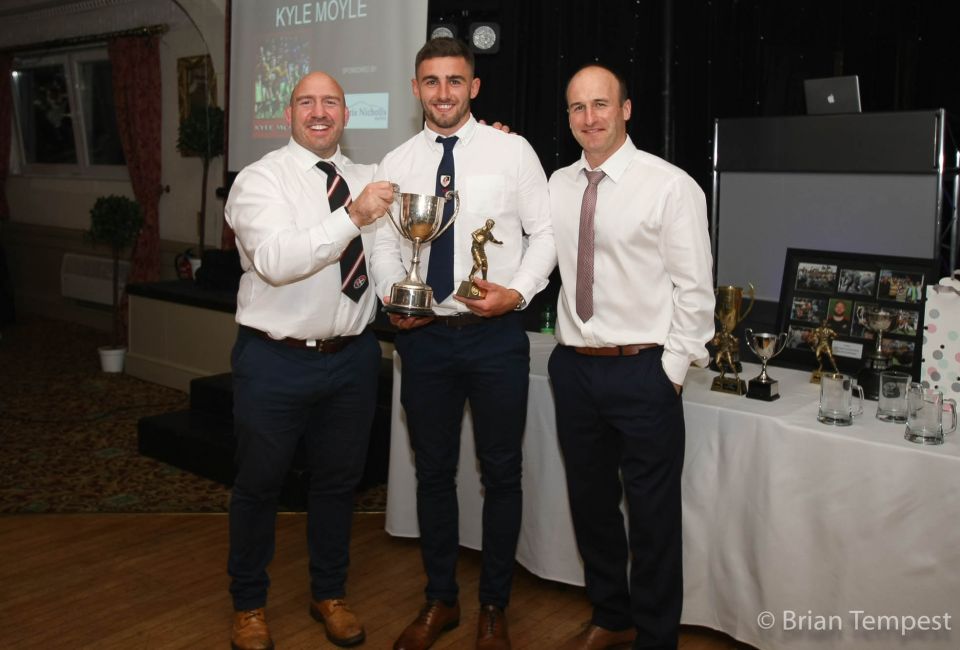 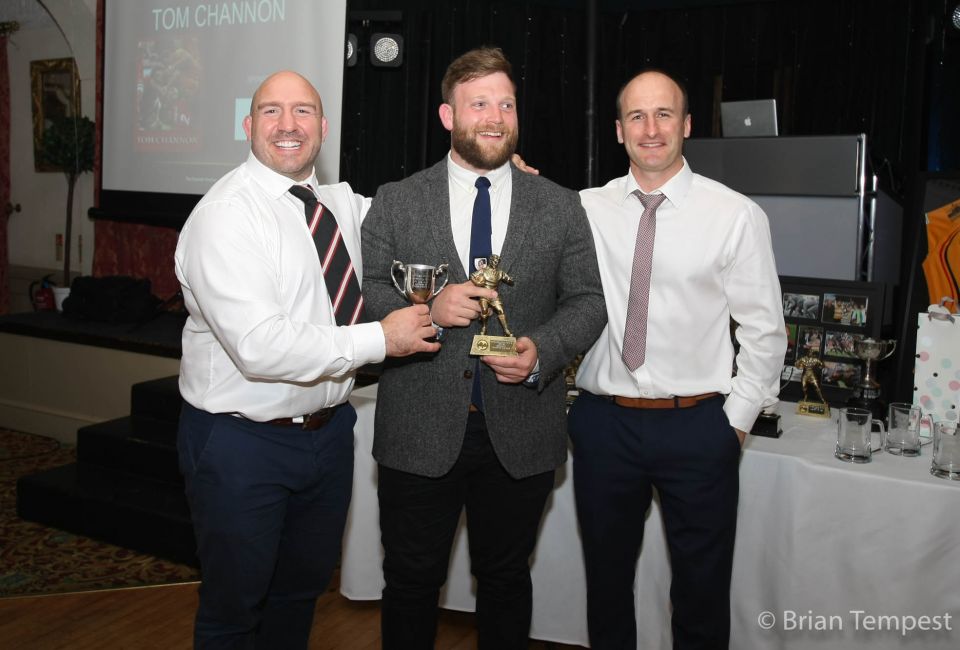 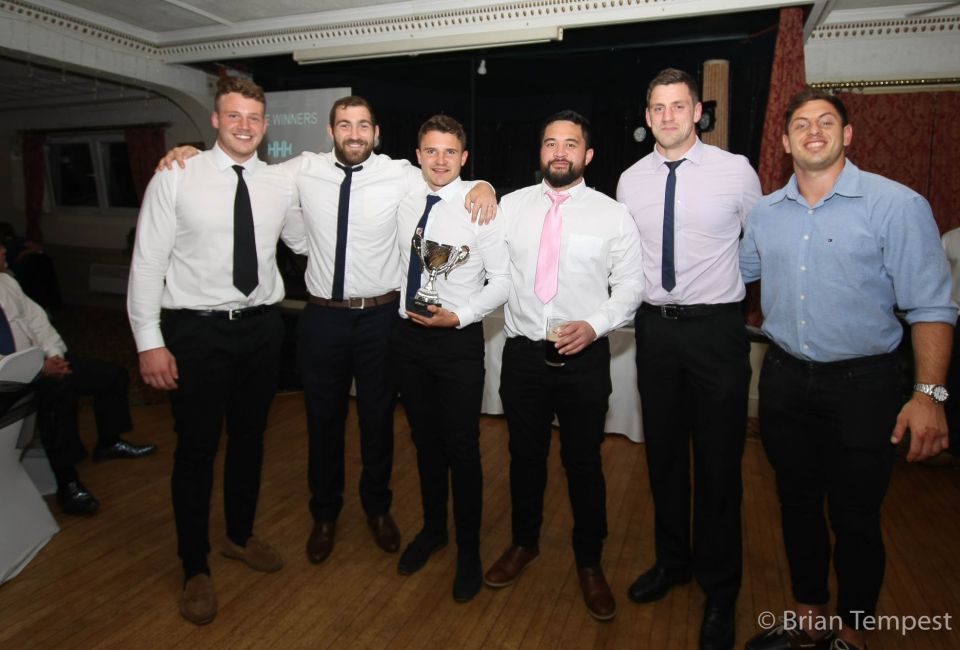 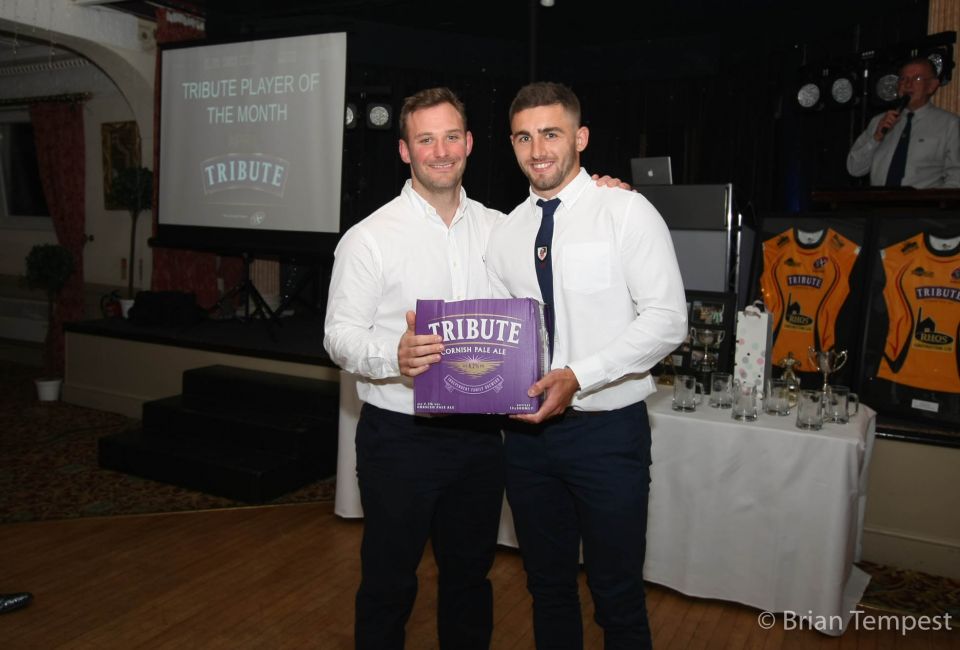