From the mid-1970s I started compiling a club archive, which has just grown and grown, and proved immensely helpful at times – in a variety of ways.

Club life was certainly different in 1978, as snips of information from chosen events in the year clearly reveal.

A first meeting in the year, of the Finance Committee, was held on Tuesday 10th January, with Harvey Richards in the Chair. But what do the minutes, typed by me then as Assistant Secretary, reveal? Well, a highlight was the report stating that a first match had taken place at the Newlyn Coombe field on the 2nd January, when the Pirates 3rd XV played St. Just Reserves. The last time rugby had been played in Newlyn was at St. Goulder nearly 40 years earlier.

As planned, the official opening, a memorial to a wonderful lady, took place on Thursday 2nd March 1978. Mavis, who was our first ever President and held office for 21 years, had passed away in 1973. At the opening, the club’s then President, Cyril Ladner, unveiled a plaque in Mavis’s memory, whilst Harvey Richards, who was Chairman, said “There could be no more suitable way to remember Mavis Lawry than the way chosen, because it was in meeting people in a rugby atmosphere that she found her greatest enjoyment.” Indeed, she was our greatest ambassador.

On the night of the Lounge opening a draw, organised by the players, was also made. In the build-up they had sold tickets at £1 each, with the aim of raising sufficient funds to help buy the volunteer ladies a chip fryer. It was a success, as after certain deductions, including printing and a £200 prize, the chip fryer was not only bought but a balance £110 also handed to our grateful Treasurer, Jack Tonkin. Pleasingly, a good number of players who sold tickets, with Paul Greaves a driving force, still support us today.

An article in the April edition had a headline ‘The Cornish Strike’, which referred of course to former ‘Pirate’ Mike Luke who at the time hooked for Canada. Mike and his family have deep rugby roots in Penzance and his achievements in the game have been truly outstanding. He left England in 1969 to take up an appointment as Lecturer in French and Memorial University in St. John’s, Newfoundland. There was no rugby on the island when he arrived but that soon changed and of no surprise the St. John’s club would wear red, white and black, the same as the Pirates! After a rugby career that saw him first captain Canada in 1974, he was a national selector for the first Rugby World Cup competition in 1987, and then Manager and Assistant Coach for the 1991 tournament. Living nowadays in Boston, USA, he is still actively involved in the game.

‘What’s On – at the Pirates Rugby Club’

Leaflets with this heading were distributed about Penzance, advertising that the clubhouse was open seven days a week. There was ‘Tombola’ on Thursdays, Friday was a ‘Dance-Nite!’, plus general facilities included Television, Pool, Darts, and Snooker.

At the AGM held in June, Team Secretary and newly elected Chairman, Ken Williams, reported that almost 100 players had turned out for the Pirates in the 1977/78 season. Alan Reynolds and Graham Waters had each played 44 games, whilst Roger Pascoe, with 42, took his tally to 724. ‘Stack’ Stevens had passed the 500 games mark and Phil Westren the 300 games milestone. Players gaining their 100 games merit ties were Kenny Gilbert, Robert Nicholls, Des Thomas, and Paul Hocking.

This annual event provided an important source of revenue. In his welcome notes for the event, our President Cyril Ladner stated that the Pirates provided recreational facilities for approximately 200 players from the age of 11 upwards, and social facilities for nearly 1000 members, guests and their visitors. In total there six Donkey Derby races, with six runners in each. All 36 (most donkeys, albeit renamed, ran in all races) were sponsored, and each were given a name. To provide an example, the one ‘owned’ by Ray Matthews was called ‘Knackered’ by ‘Player out of condition’. 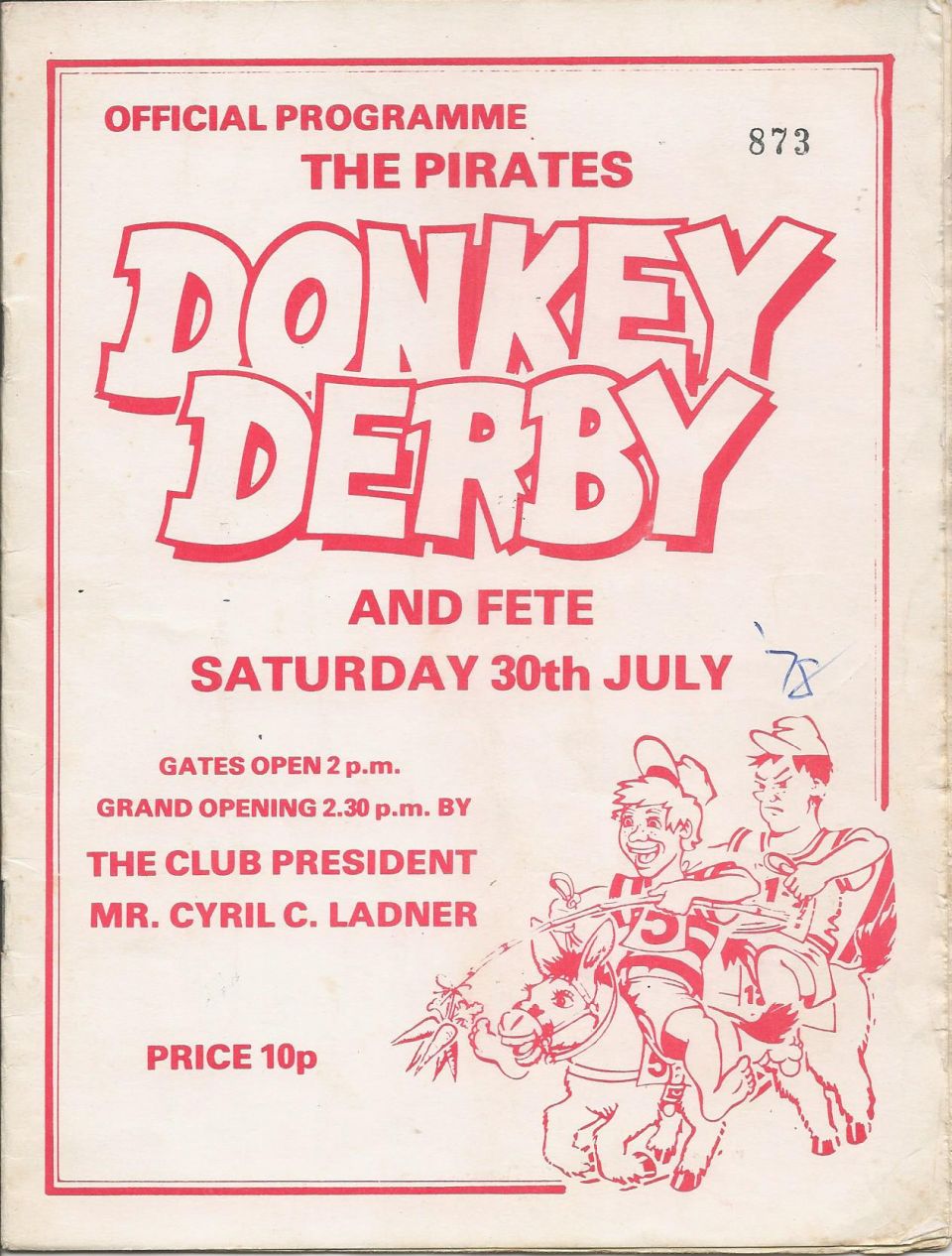 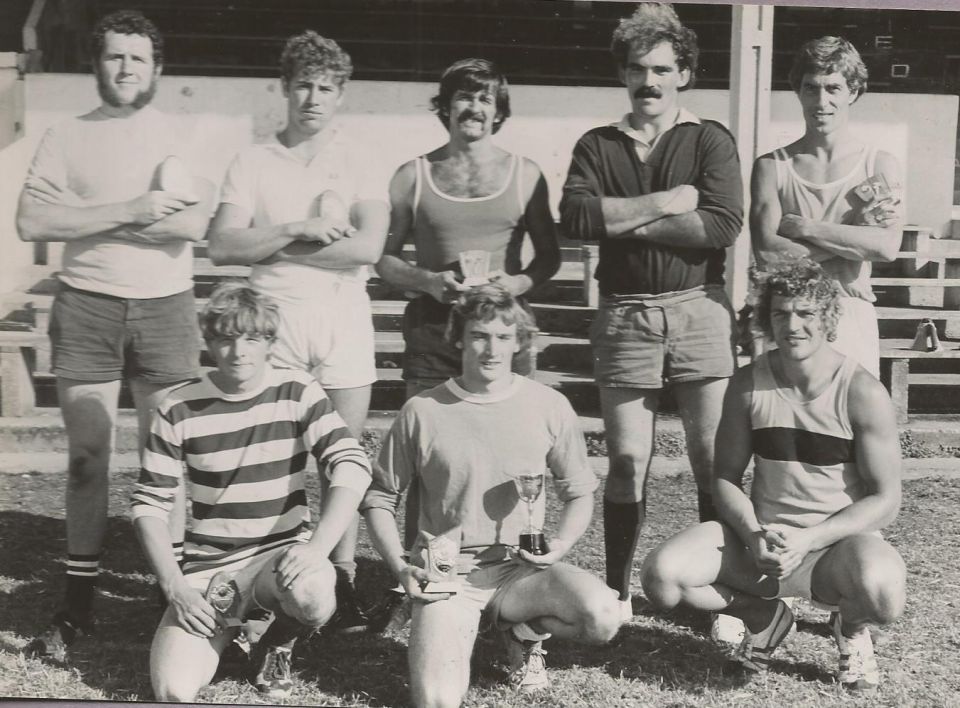 History of the Pirates

Also, at this time, Ben Batten’s history book ‘Newlyn, Penzance and The Pirates’ was launched. Of no surprise to all who knew Ben, he compiled a superbly illustrated story of more than 100 pages. Indeed, as a former player, skipper, administrator and historian, the much respected and retired schoolmaster made the ideal combination of talents for the task undertaken. 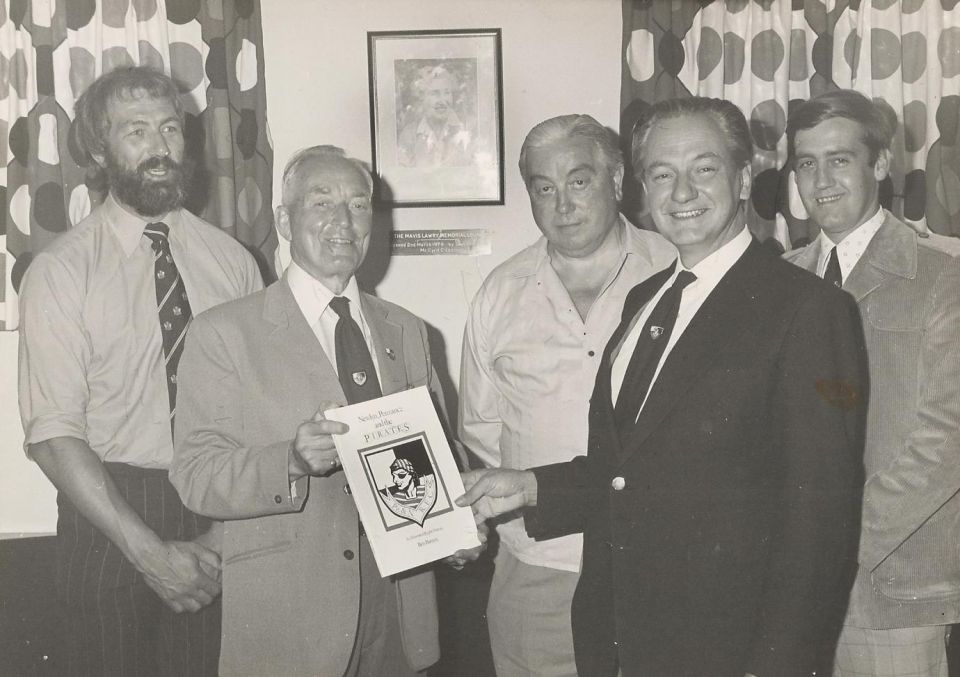 Ben also had the honour in December to unveil the new honours board of officials.

Well, any win against near neighbours St. Ives was to be enjoyed and, on the 30th December, we did just that. Okay, 3-0 was a low-scoring game, and perhaps not a classic, but it was a win nonetheless – against the ‘Hakes’!