Young rugby players from Redruth under 7s had a great time when they attended the recent Cornish Pirates versus London Scottish match played at the Mennaye Field, Penzance.

Besides having the opportunity to watch the important RFU Championship contest, the youngsters themselves formed the Guard of Honour pre-match and played a half-time exhibition of tag rugby. Also, for one of their number, namely Dexter Tripconey, he was a mascot who ahead of kick-off ran out with Cornish Pirates player AJ Cant.

Made to feel welcome, we thoroughly enjoyed ourselves on a day that was really well organised.

The lads were boosted by the large crowd cheering them on at half-time, it was great to have a photo taken after the game with Cornish Pirates player Sam Matavesi, and for Dexter to be a mascot made it extra special. Hopefully we can do it all again one day?! 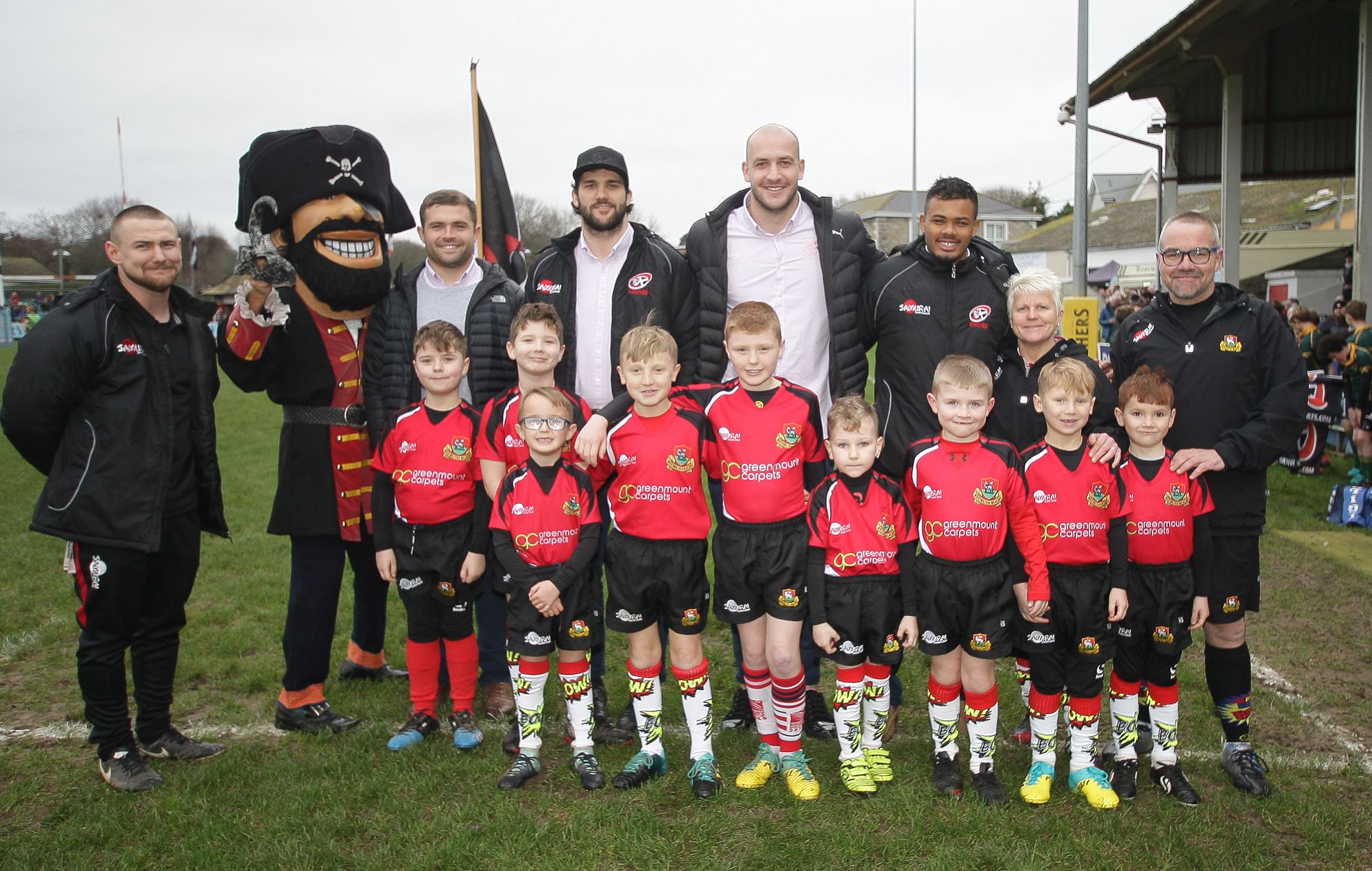 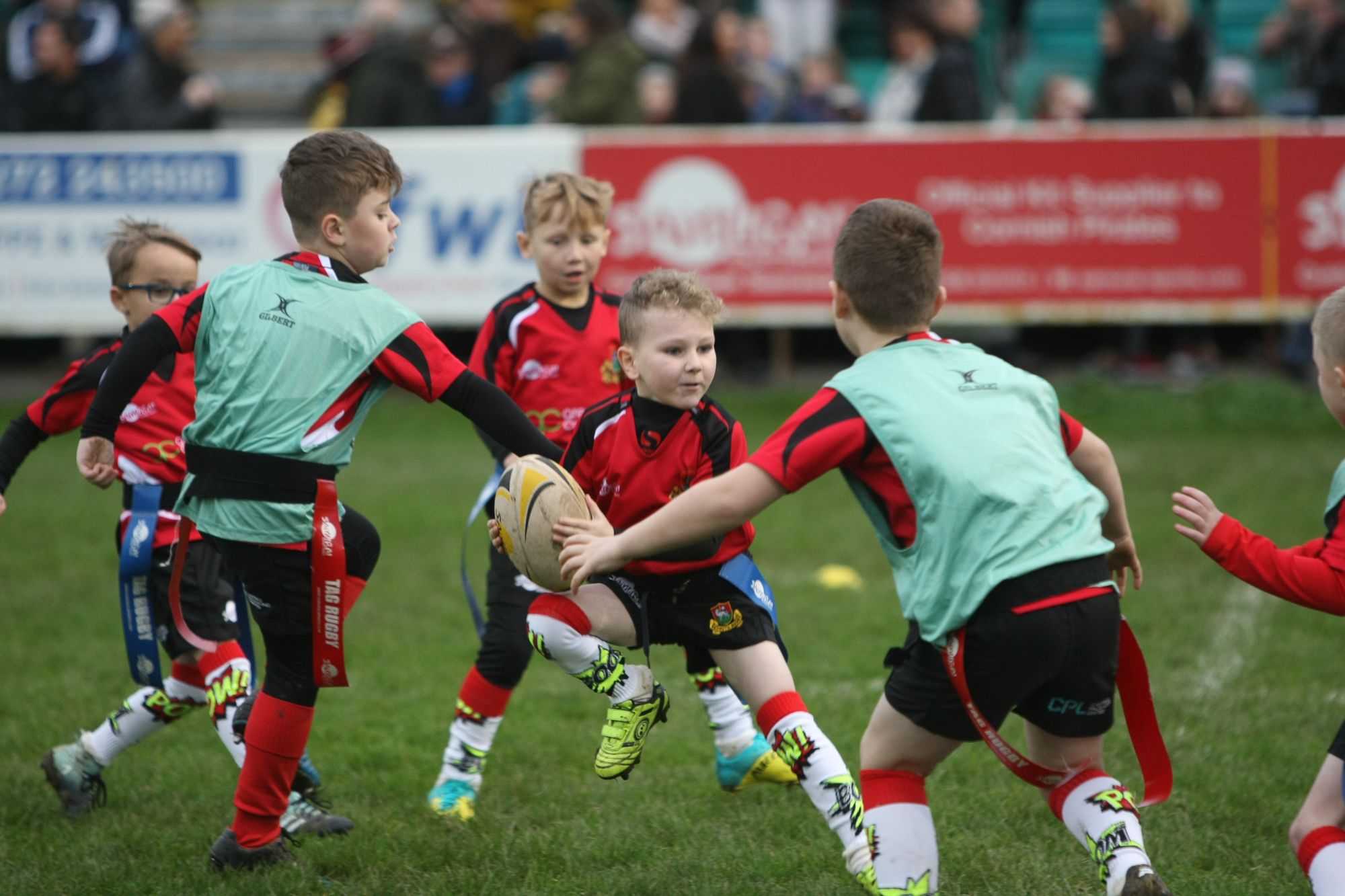 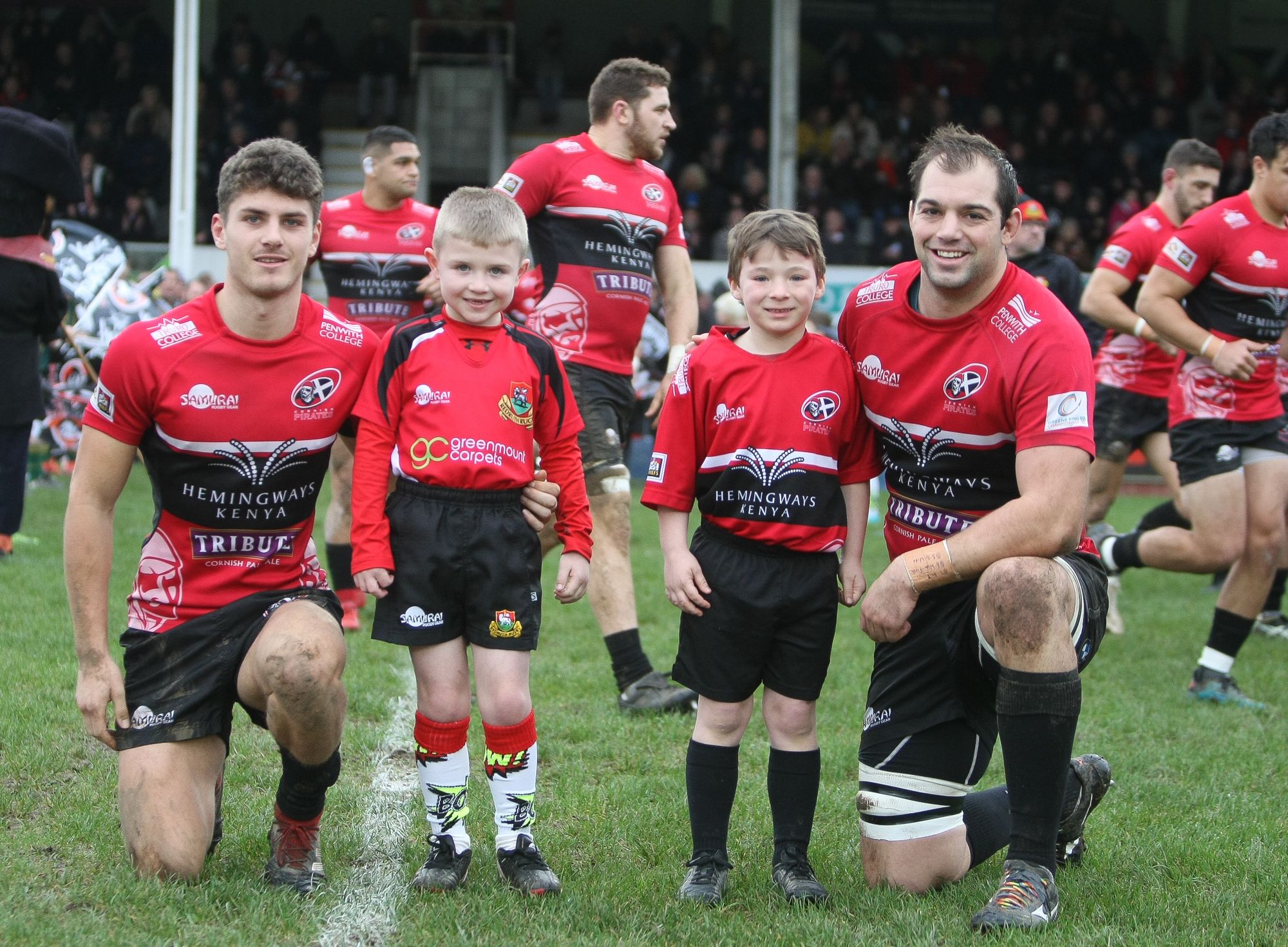