A match day collection held when the Cornish Pirates played London Irish at the Mennaye Field last Saturday raised the excellent sum of £850 in support of the Pirates Youth Section and the South Coast Pirates. The figure will be split 50-50

The Pirates Youth Section have for many years done terrific work to help develop many thousands of young rugby players, among them of course both Jack Nowell and Luke Cowan-Dickie who are presently members of England’s senior squad.

The section’s representatives joined members of the Cornish Pirates squad to shake buckets, and as ever the response from supporters was a generous one, with thanks expressed to all.

South Coast Pirates play in Kenya and are known by Dicky Evans. He mentioned that their matches can involve 1200-mile round trips and on a recent one their bus broke down. It was at dusk on a Thursday evening, when they then had to push the bus five miles to a petrol station, sleep in it overnight and then continue their journey the next day using small taxi-type buses, called ‘matatus’. Making the match on the Saturday, they eventually got home on Monday. As Dicky commented “In comparison the Cornish Pirates have got it easy!” 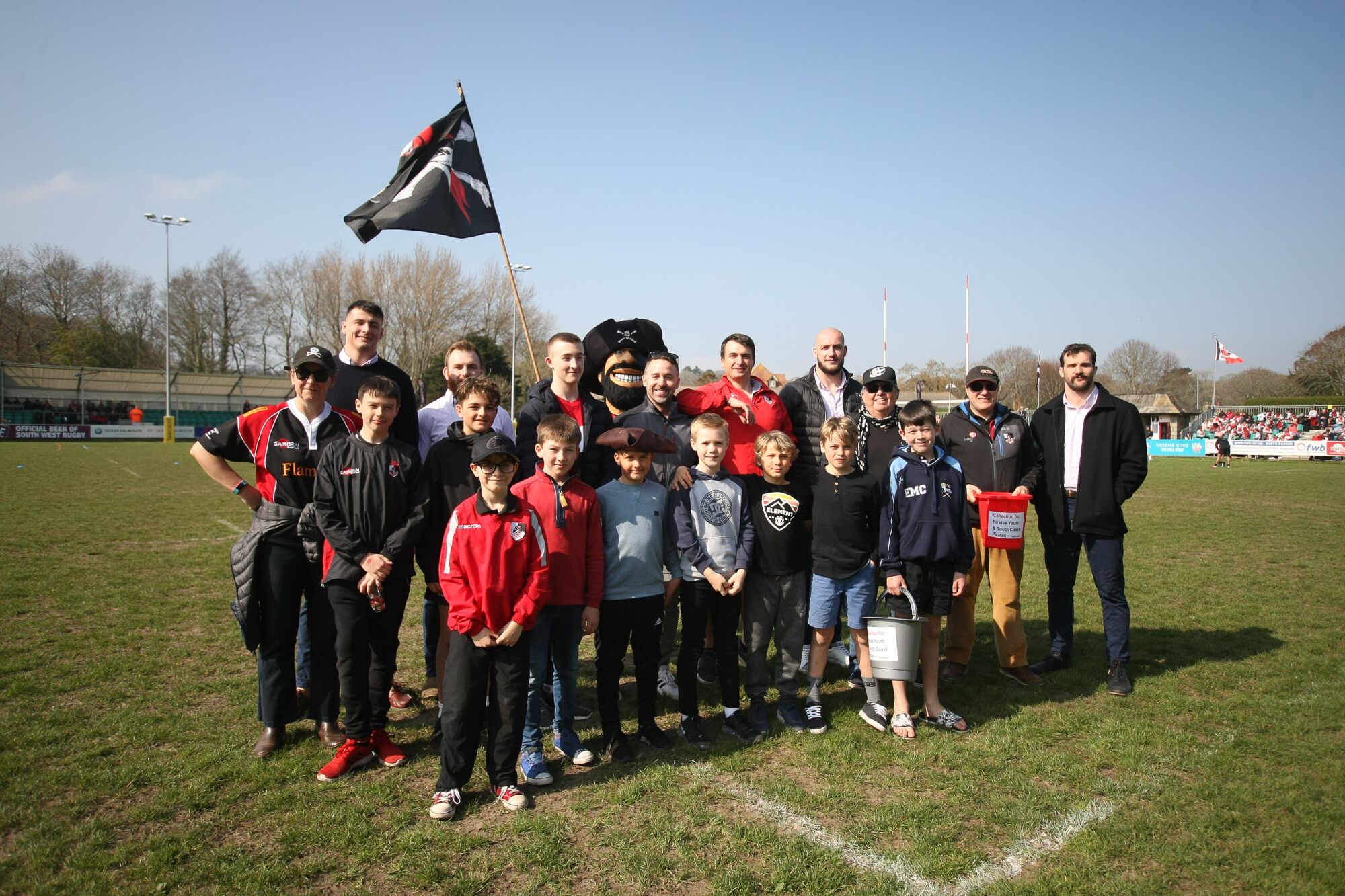