When the Cornish Pirates held their annual collection for the Royal British Legion’s Poppy Appeal last November, during the home game against Ampthill the magnificent amount of £748.35 was collected.

Awaiting an opportune time to present a cheque to the Royal British Legion, a visit to the Mennaye Field by Cornwall’s new Chairman Andy Eke worked perfectly when the Cornish Pirates played Coventry at home last Sunday. Welcome as a guest of the club, the cheque presentation was made to Andy at half-time by Financial Director Rebecca Thomas.

Following his visit, Andy has commented:

I was delighted to be kindly invited to the game, as it gave me the opportunity to express the Legion’s sincere appreciation to the Cornish Pirates. The response by the club and its supporters was once again fantastic.

As an added bonus on the day, I also watched the team win their Championship Cup quarter-final tie against Coventry in what was a most entertaining match. It was a pleasure to support the Pirates and my best wishes are extended to the team in the semi-final and for the rest of their season. 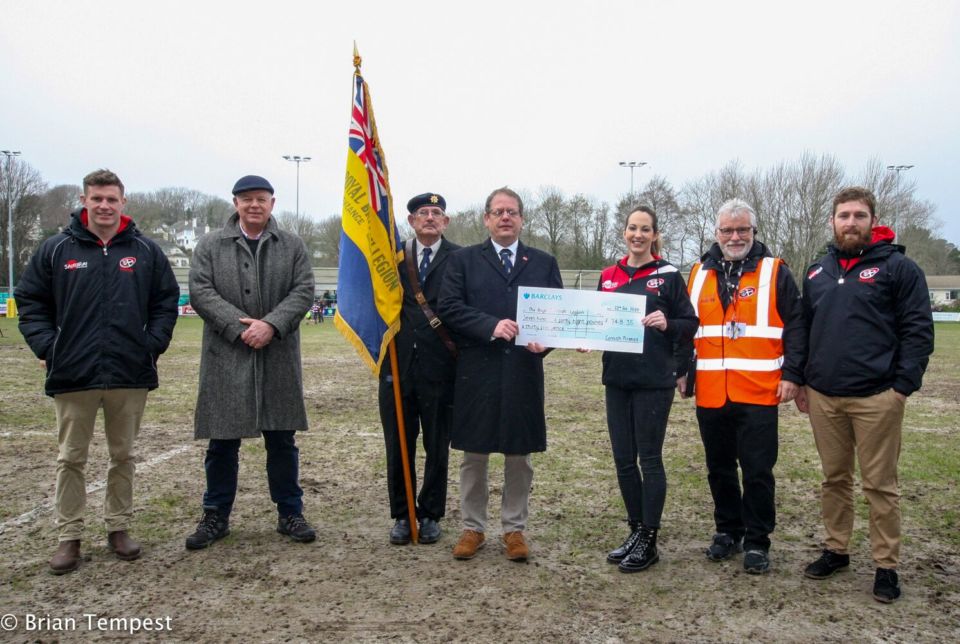 Andy receives the cheque for £748.35 from Rebecca