Congratulations to the Pirates Under 12s who at Sandy Park, Exeter, last weekend, won a Land Rover Premiership Rugby Cup Festival, it one of a series of national grassroots Festivals being run in conjunction with all twelve Premiership Rugby clubs.

Following their success, when the Cornish Pirates face Newcastle Falcons at home on Sunday, during the half-time period the under 12s will proudly parade the Mennaye Field in front of the expected big crowd.

Another extra bonus for the young players, who emerged victorious at Exeter after competing against other Cornwall and Devon teams, will be attending the Gallagher Premiership Rugby Final to be played at Twickenham on Saturday the 20th June, when all the various Festival winners will also all get to meet a host of Land Rover rugby ambassadors and at half-time take part in a Land Rover Premiership Rugby Cup Testimonial Parade. 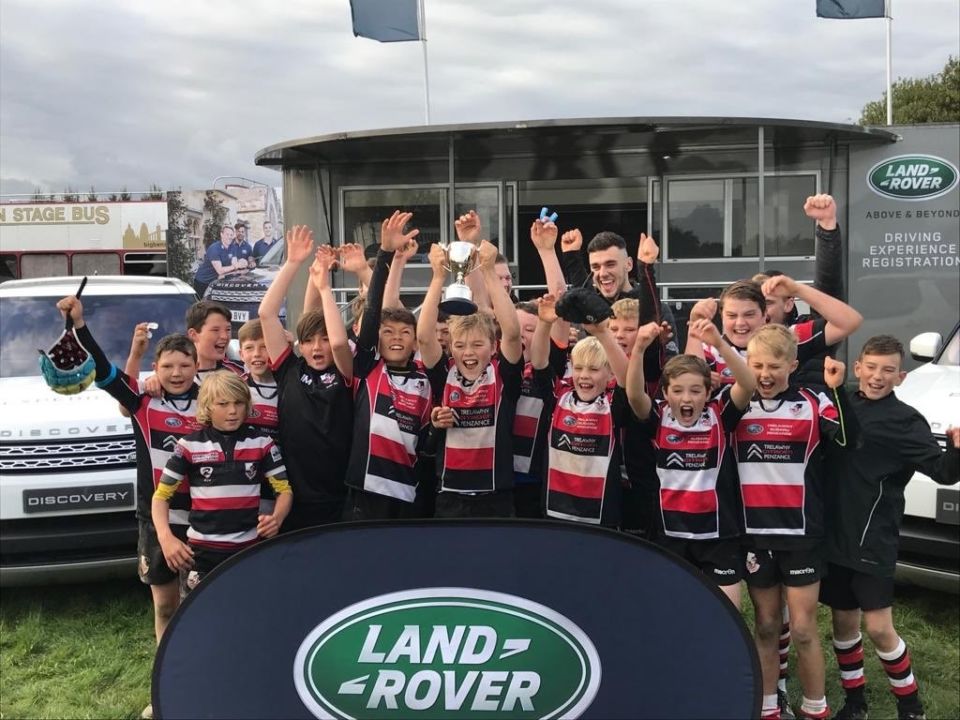