Cornish Pirates / Pirates Given A Warm Welcome by Thatchers

Pirates Given A Warm Welcome by Thatchers

Pirates Given A Warm Welcome by Thatchers

A Cornish Pirates contingent comprising Dicky Evans, Graham and Lee Stone and Jack and Birgitta Richards were given the warmest of welcomes last weekend.

Having thoroughly enjoyed the hospitality and the result for the Cornish Pirates at Hartpury on Saturday afternoon, the quintet later visited Thatchers Cider in Sandford, North Somerset, where warmly welcomed they also partook in an evening meal.

During their visit the group met up with Martin Thatcher, fourth generation cidermaker and MD of Thatchers Cider, and Financial Director Mark Jelbert who comes from Penzance.

Invited back to Thatchers Cider again on Sunday morning, there was an interesting tour of the venue to appreciate. Cornish Pirates’ Ambassador Graham Stone said:

We firstly visited the orchards, where an explanation was given about all the variety of apples used in different ciders, and next it was on to the plant and the big mill where the apples are crushed and the juice extracted for it to be pumped into big vats. Apparently, they process 35,000 tonnes a year with the aim of doubling this figure by 2031!

Jack (Richards) gave an impromptu and very well received talk about his cricket career, and we were delighted that Chris Booy from Bristol Bears and his wife were also able to join us.

Overall it was just an interesting, fascinating and fun visit when Sunday lunch too was enjoyed. The whole set up was amazingly impressive and it is a place really worthwhile to visit.

A new three-year partnership between Thatchers and the Cornish Pirates was announced in August. For more information about Thatchers Cider please visit: https://www.thatcherscider.co.uk/ 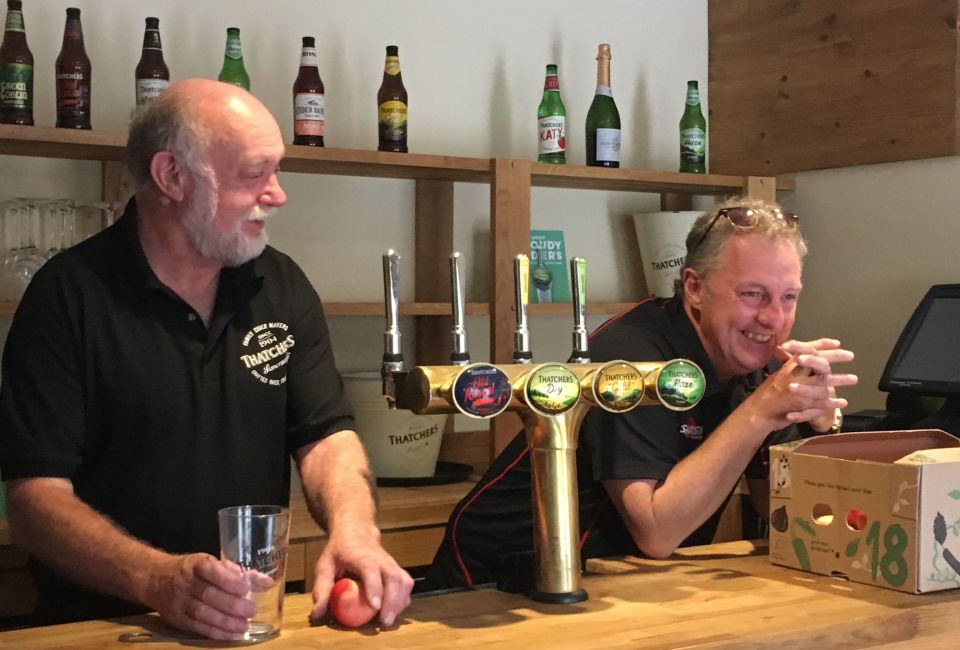