A special guest attending Launceston under 9s training session at Polson Bridge on Wednesday was none other than Cornish Pirates’ hooker Tom Channon.

The epitome of a club and community man, on a wet, windy and cold evening Tom travelled the length of the county to coach the young players. He put them through their warm-ups, worked on a range of skills, and ended the training by refereeing a very high pace game.

With players from other age groups, Tom also participated in a Q&A session. Hayley Sample, head coach of Launceston under 9s commented:

Tom ticked every box. He’s got great coaching ability, fantastic playing experience and great with the kids they reacted to him brilliantly.

The Launceston under 9s, their coaching team and the players’ parents were really appreciative of Tom’s visit and managed to send him on his long trip back down the A30 with a case of ‘Tribute’, a pasty donated by Helluva Pasties of Callington – and even a chocolate reindeer….well, it is nearly Christmas.

Players from Launceston under 9s fully intend to return the favour, when some of them travel down to the Mennaye Field this Saturday to cheer the Cornish Pirates on against London Scottish in the Cup. 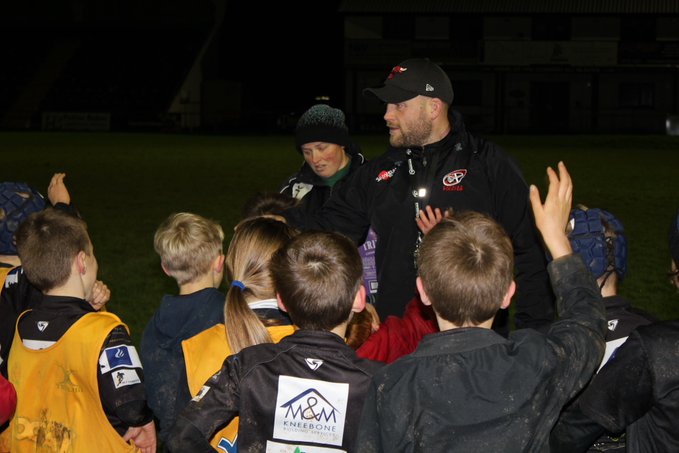