Cornish Pirates / Newquay Under 12s Had A Great Time!

Newquay Under 12s Had A Great Time!

Newquay Under 12s Had A Great Time!

The young players from Newquay under 12s thoroughly enjoyed their match day experience when they visited the Mennaye Field to watch the Cornish Pirates play Yorkshire Carnegie in the Championship Cup. Coach Dave Lewis commented “We all had a great time.”

Besides forming the Guard of Honour when the teams ran out onto to the field, two of their number, Adam and Marley, joined Toby as a trio of mascots who were accompanied by Cornish Pirates’ players Danny Cutmore, Will Cargill and Matt Evans. Newquay under 12s also played an exhibition game of rugby at half-time.

Adding a little extra interest, Newquay under 12s have a Spartan Helmet that is awarded to their player of the week. This is the person who best represents rugby’s core values and is not necessarily the person who scores the most tries or makes the most tackles. For example, last week, having the performed the simple, often unseen things well, and having put into practice everything that had been focused on in training during recent weeks, it was won and worn by Adam for his teamwork. Well done Adam! 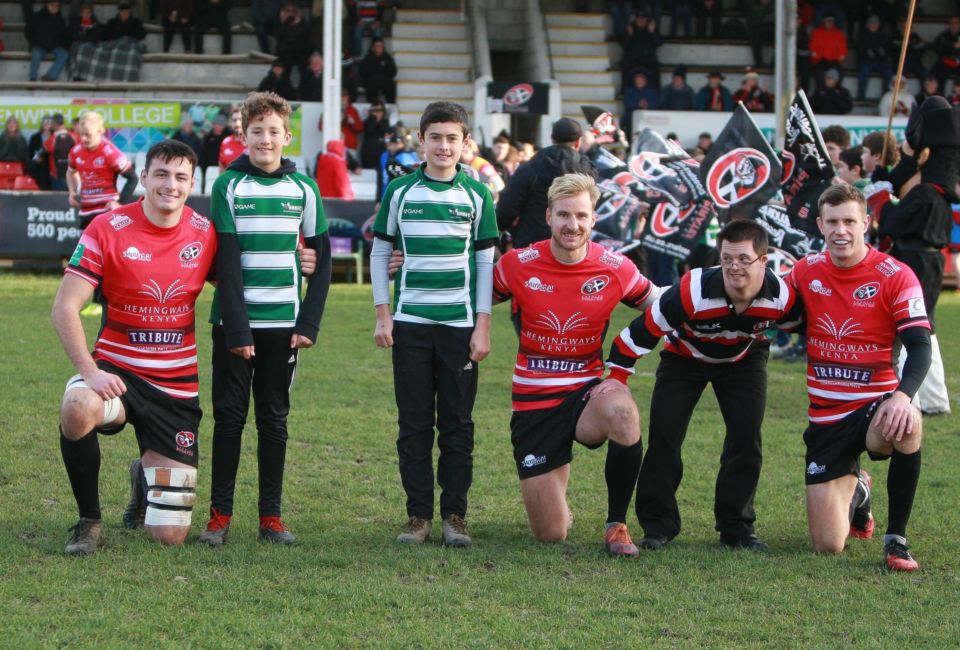 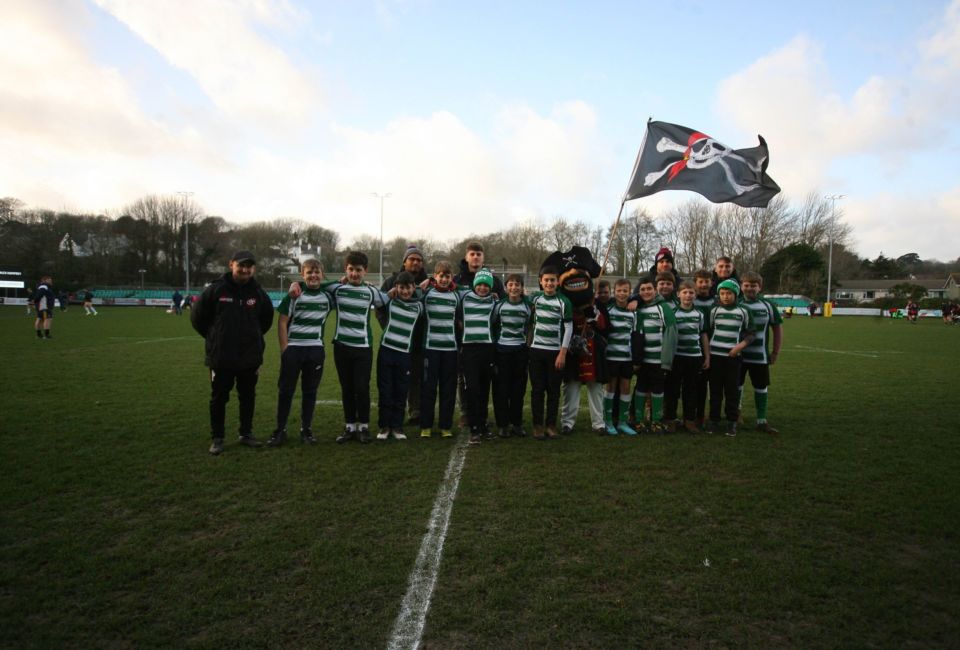 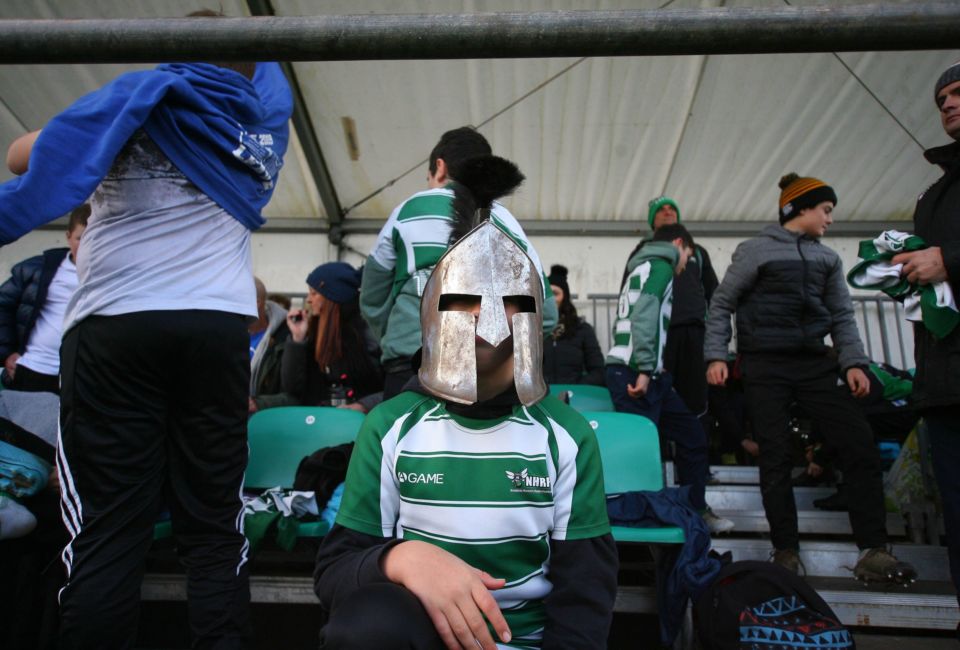