A match day collection held at the Mennaye Field, Penzance, on Sunday raised £542-03 for The Brain Tumour Charity.

Helping to collect on an afternoon when the Cornish Pirates played Bedford Blues were members of Penzance Predators Youth Football team, along with parents. Together they were keen to show support for local man Pete Williams who has been raising monies for the charity after losing his seven-old-daughter Ellie to brain cancer.

Pete was unable to make the match, however his son Joe, who plays for the Penzance Predators was a collector present.

Many will be aware that Pete recently completed a challenging 211 miles cycling ride from Bristol to Land’s End to raise monies for the charity, which in itself was admirable. However, the fact he did it on a tiny pink bicycle that belonged to Ellie made it even more of an achievement.

Helping organise the collection at the Mennaye Field was Cornish Pirates supporter Trish Baxter, who has since commented:

A huge thank you is expressed to the Pirates for enabling the collection to be held. The supporters were extremely generous, and the amount raised was amazing.

Pete and his family were overwhelmed with the response and overall to date a fantastic total of nearly £50,000 has been raised.

Anyone still wishing to make a donation should please visit Pete’s justgiving page at justgiving.com/fundraising/thelittlepinkbike 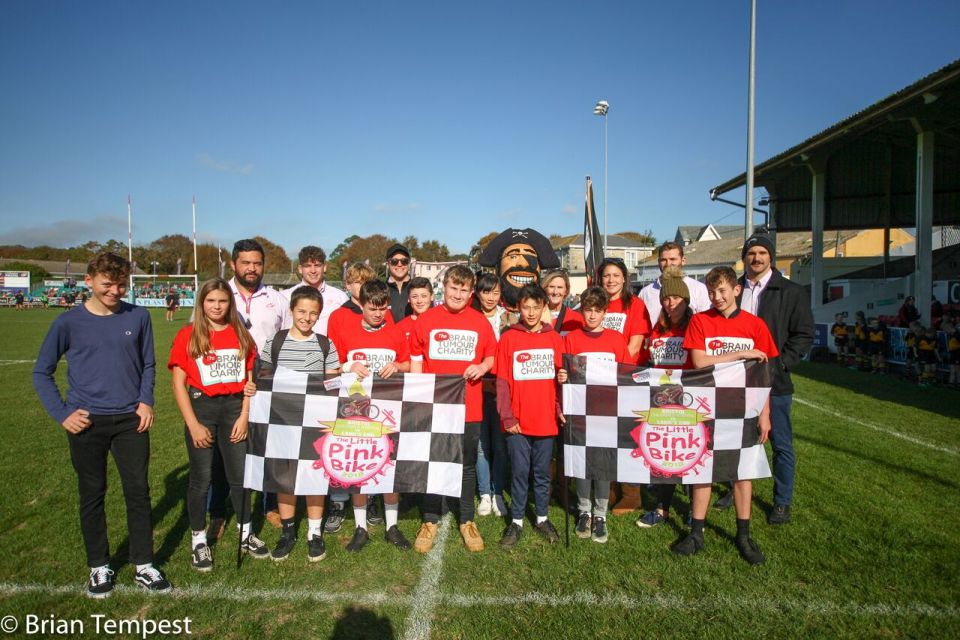