And the Pirates were the ‘1st Men’ Team winners!

Organised by The Friends of Royal Cornwall Hospital, 31 teams from about the county last Friday took part in the Charity Golf Day held at Truro Golf Club.

A magnificent sum of £3845-95 was raised on the day, which will help enhance both patient and staff facilities within the Treliske Hospital at Truro.

Entering a team, the Cornish Pirates were represented by Kyle Moyle, John Stevens, sponsor Nick George and former Pirates youth team player Murray Westren, who all did well. Indeed, as ‘1st Men’ winners they won a round of golf for four at West Cornwall Golf Club, plus four bottles of wine. Murray also had a bonus, winning eight golf balls for his ‘2’ recorded at the 16th hole.

A delighted organiser, Mo Hammond, who is a keen Cornish Pirates supporter, commented:

Many thanks to the Pirates team for entering the competition. They not only did well but also clearly enjoyed themselves!

Thanks were also expressed to the event’s main sponsor, Walker Developments, and to all friends and local businesses for sponsoring the holes and donating items for the prizes and the raffle.

Responding for such a worthy cause, a great day was had by all! 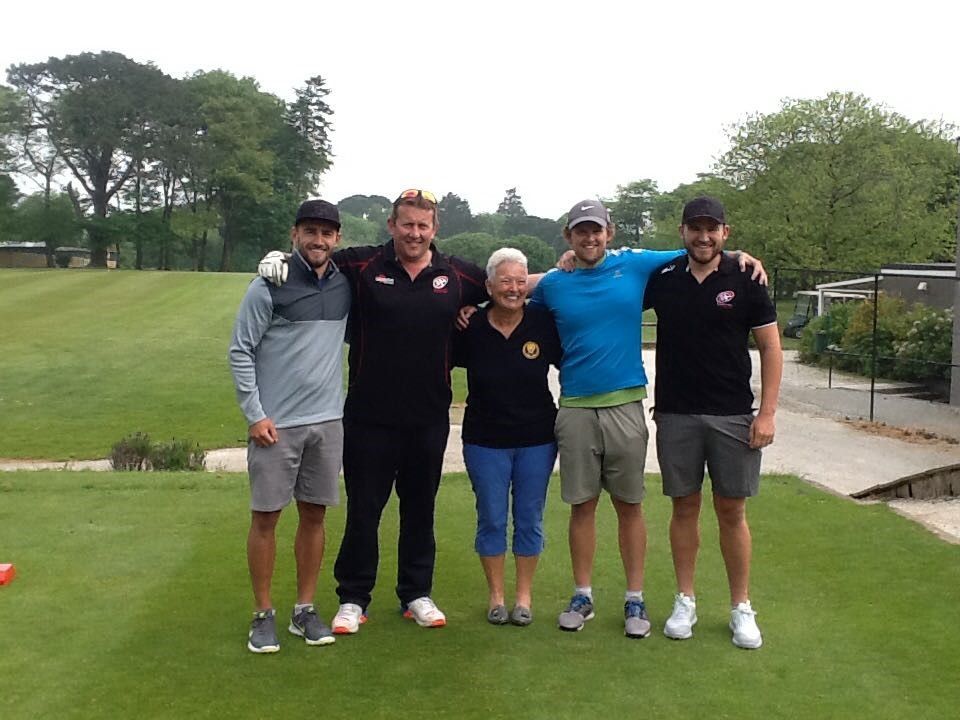