Over the years the Cornish Pirates have responded to numerous community requests. Indeed, not a week goes by without some form of help being given.

A recent example is when the Pirates last week heard that a fellow Cornish rugby club, Redruth Albany, had suffered a break-in that not only caused considerable damage but also saw various club gear stolen.

Such events provide real setbacks, and it is one that the Pirates quickly reacted to. Hearing of Redruth Albany’s plight, a match day collection was offered which raised the very worthy sum of £343.45 when the Cornish Pirates played Yorkshire Carnegie at the Mennaye Field on Sunday.

We were taken aback that the Cornish Pirates responded so promptly. Our captain Curtis Hill and other collectors were given a warm welcome and they also enjoyed watching the rugby action.

Our sincere thanks are expressed once again to everyone involved and to the supporters who gave so generously. 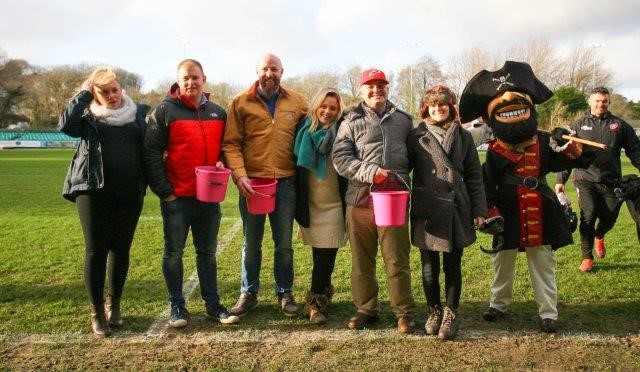